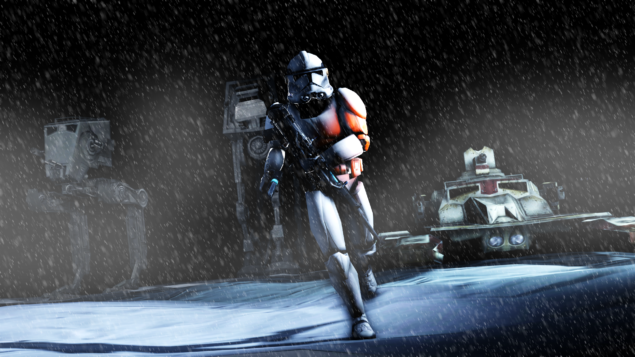 If you sign up now, you may get a chance to play Star Wars Battlefront for 3-4 hours on Friday April 10th 2015. You have to be able to be at either their EA Canada, near Vancouver, or EA Redwood location on that date, but that doesn't mean you have to live there. I can see many people wanting to travel for this opportunity.

They're looking for gamers of all times, from casual to hardcore and those that enjoy Star Wars and those that don't. You can sign-up to play at their Canadian location here, and their Redwood location here. You also get to go home with two EA games for free.

Be advised that you will indeed be signing a non-disclosure agreement as part of getting the opportunity to play the game. You can't share any information to the public about your experiences.

This is a really exciting and unexpected thing for EA to do at all. I don't think they've ever opened up the beta testing of games to the public in this manner. Sure, there have been plenty of leaks of various gameplay footage from games in the past, but nothing on this scale. Is this a sign that EA wants to turn around their horrible reputation and start focusing on making better games?

The inclusion of the public gaming community seems like a commitment to at least attempting to gain feedback before a game is actually released, and hopefully implement that feedback to produce better games. Time, however, will tell if they actually do anything with the information they glean.

So go ahead and sign-up to play if you can be available on April the 10th. If not, then I guess we'll all be waiting for any more gameplay footage just like anyone else. If you do happen to sign-up and get selected, let us know, because that's really cool.