Star Wars: 1313 Looks Like Uncharted in Space With Blasters And Spaceships

Star Wars: 1313 was officially confirmed at E3 last night and not only was it confirmed but fresh gameplay footage was shown and when the game was announced to be aimed towards mature audiences it did the right move, Imagine Nathan Drake platforming from one wing of a space ship to the other with plenty of explosions, gun play and the same cover based shooting. This is Star Wars: 1313 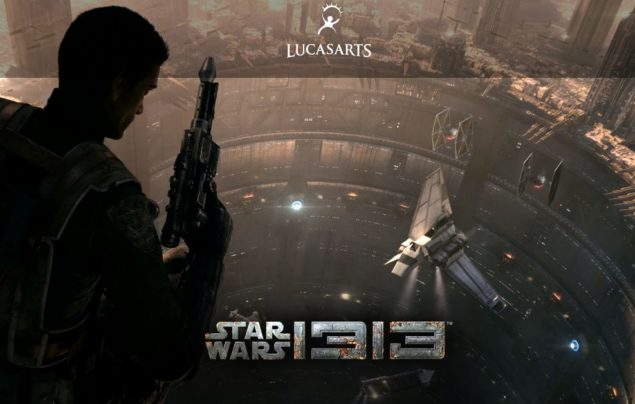 The game is anything short of spectacular, while Boba Fett isn't the confirmed protagonist as of yet the protagonist is indeed a bounty hunter but he has remained nameless throughout the demo and mind you all of the footage you are about to see is all in game and none of it is pre rendered or a tech demo so this is all real footage of the game more or less. While a release date is still in the air I can't wait for this game to come and explore the darker side of Star Wars and explore floor number 1313 and its secrets.

I like how the game is showing us another side of Star Wars away from Light Sabers and Dancing to Han Solo songs and isntead takes us into a more mature world of Star Wars which only real fans of either the series or the genre will be able to fully comprehend. The only real question I have is whether or not the protagonist will be able to give out a few punches or is this game completely about who shot first?