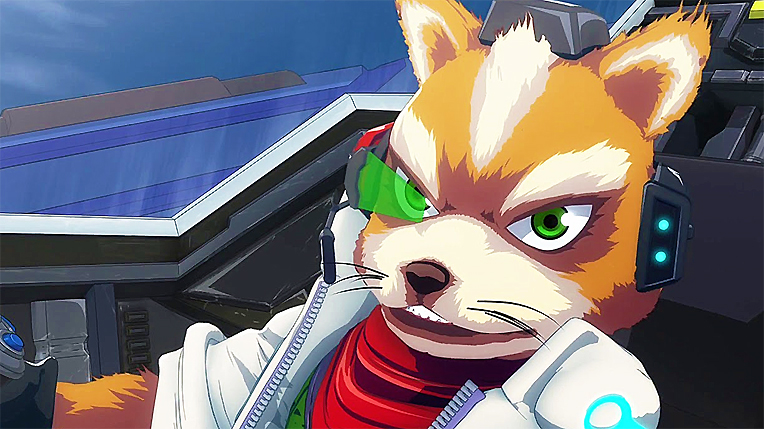 After years of secrecy and rampant fan speculation, Retro Studios’ next project may have been outed as a racing game set in the Star Fox universe. Nintendo hasn’t officially announced the game, reportedly entitled Star Fox Grand Prix, so we remain in rumor territory here, but the dependable Eurogamer stepped up early to declare the leak legit.

Now IGN has entered the fray, adding their support to the Star Fox Grand Prix rumors and revealing a few more details about the game. According to IGN, the game will combine racing and traditional Star Fox shooting, with players earning speed boosts by gunning down enemy ships. They also report the game can be played online and confirm a Diddy Kong Racing-style adventure mode, featuring an open hub world and Grand Prix circuits that consist of three races followed by a boss race. IGN does clarify that they got their info second hand from various Nintendo insiders, rather than directly from developer sources, so take all these details with a grain of salt, but it all sounds fairly plausible to me.

Meanwhile, Kotaku, who also backs the Star Fox Grand Prix reports, has added a few juicy details about what’s been going on behind the scenes at Retro Studios these past few years. Apparently, the Texas-based studio had a second project in the works, which has likely been cancelled following a “rocky development cycle.” What could this mystery project have been? Given Nintendo’s secrecy, we may never know.

What are your thoughts on the latest round of Star Fox Grand Prix rumors? I think the combination of shooting and racing actually sounds pretty promising – could we essentially be racing through full-fledged Star Fox stages? That could be pretty intense!

Nintendo’s annual E3 presentation will be broadcast at 9am PT on June 12. Hopefully we'll learn more about Star Fox Grand Prix then!