[Update] And it’s done! Star Citizen’s CitizenCon is Tonight, What Can we Expect to See?

Star Citizen will be celebrating it's third anniversary tonight as the yearly CitizenCon kicks off in Manchester, UK. Manchester is the home of Foundry 42, one of the larger studios within Cloud Imperium Games that's working on the story-based portion of Star Citizen, Squadron 42.

This year were looking to see quite a few new and exciting things that show the progress that has been made on a number of the different disparate parts of the game. Patch 1.3 is coming soon and will provide a unified platform with which to provide timely updates to everything all at once, or even separately, moving away from the typical actual module platform they're using.

What can we expect to see, then, for Star Citizen at CitizenCon?

This is an exciting event due to the perceived number of new features that may very well make their way into the hands of backers. The most exciting of those is that Star Marine, though understandably delayed for the sake of being more complete, is rumored to make an appearance and introduction tonight. By the end of the weekend, we might all be competing against one another.

With Star Marine and of course the social module, we haven't really had a true persistent universe. One where our actions, and our bank accounts, remain afterwards. The advancement of a true persistent universe might also be making a very important appearance tonight. That and we'll of course likely see demos that are necessary evolutions of the multi-crew simulation we saw at Gamescom. 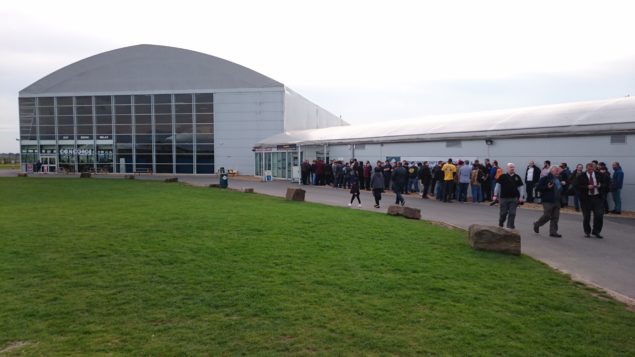 The view while waiting to get into CitizenCon

We're also going to see the voice actors that'll be featured in Squadron 42, and this might actually include Mark Hamill, who was rumored to be in Manchester earlier this year for something unrelated to Star Wars.

Of course there are many other exciting things happening that might not catch the attention of everyone. The devil is in the details, they say, and we should hopefully be able to see improved facial models, replete with human expressions, show up. Also we might see pushed out an improvement of the netcode from their homebrew solution that has been quite the labor of love. Art and new ships with increased flexibility and modability will of course be sure to be making appearances.

But more than anything we'll see a huge community that's passionate about the open world life simulator that Star Citizen is developing into. We'll be bringing you an inside look at what's happening inside CitizenCon, and will have all the great info that's sure to be released here when it happens. Don't forget to check out the Star Citizen livestream of the event, embedded below.

[Update] And of course the man himself has arrived, Chris Roberts. 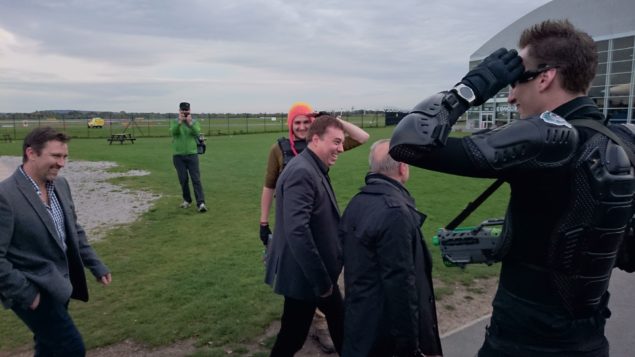 [Update] Ongoing picture gallery will be updated below with scenes from inside CitizenCon. Thanks to Adrian for the great pictures of the event.

[Update] Now that the main event has started, lets take a look at what it looks like inside! And Sandi has even taken the stage.

[Update] Squadron 42 is now looking at a 2016 release date of some kind, the cast have been revealed to include Gary Oldman, Mark Hamill, Gillian Anderson and John Rhys-Davies. The ARK Starmap is available for you to peruse, letting you take a grand look at the 'verse through your browser. Also, more details surrounding Star Citizen Alpha 2.0 were revealed.

And of course, the obligatory Chris Roberts shot! Thank you Adrian for the awesome photos for the event today.