Welcome back space fans! Thanks so much to everyone who read, shared and commented on last month’s article. Welcome then, to another monthly instalment of all things from the world of Star Citizen! Up this month, we have a boatload of news for you.

There are two big points of note this month. The first piece of news for April was that we are THIS CLOSE (holds thumb and index finger very close together) to the initial build of Star Citizen with some degree of persistence in game!

CIG have stated that the next build to be deployed (possibly as soon as this week!), will be 2.4 to the test environment (PTU). 2.4 will for the first time include persistence in game. I simply can’t overstate how huge a step this is on the road to Star Citizen. 2.4 will allow for some initial testing currency to be both earned and spent in game for completing missions and buying upgrades. Persistence fundamentally changes the dynamic in the game as it stands. The need to pay for repairs to your ship, have to buy ammunition, maintain your reputation between logout sessions. This is huge.

Exactly which components will see persistence in the initial drop of 2.4 is not confirmed yet but read on for more details as there have been some interesting hints in various updates that CIG have given over the last month.

Another piece of news. There is a UK fan organised event this year which CIG are going to be attending! CIG advertised this on ATV last week and you can find out more details if you’re interested in attending BritizenCon 2016 here. CIG will also be at GamesCom in Germany this summer as well as hosting CitizenCon later on this year in LA (although tickets for this sold out the day they went on sale). Be sure to take advantage of the opportunity to meet with CIG staff and discuss the game!

The Crusader baby universe play area will be expanded in the “near future” when procedural planets come online to include the whole system! The current playable area of the baby universe includes numerous points of interest which people can travel to and although it’s huge (currently billions of cubic kilometres), and Quantum Drive is required to get between the various locations, it still only represents a fraction of the overall Stanton system (full system map visible here). 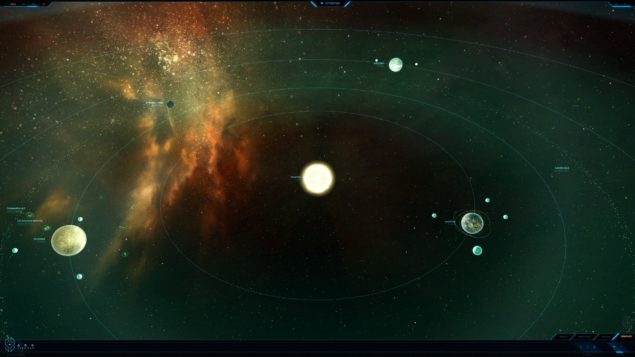 Additional planets are expected to be added once the procedural generation of planets technology is further along (the landing zone at ArcCorp is already accessible to players via the social module).

Flying to another area of Stanton and seeing another planet which we can all go to and experience new missions on and around is something many can’t wait for, but further to this, that then leads to another huge piece of functionality. Namely the jump mechanics. Jump drives will allow you to travel between different solar systems. I encourage everyone to take a look at the StarMap linked above. You can explore the planned Star Citizen Universe in much greater detail than I can describe and also see the rich lore which has already begun to populate it in planetary descriptions etc.

CIG are currently internal playtesting landing on an Idris! This is apparently quite difficult at the moment where velocities need to be matched etc, although there will be an auto-land system for those that don’t want to test their skills in this way. If past Chris Roberts games are anything to go by, there may be missions in Squadron 42 where you will need to emergency land on a carrier of some sort prior to the capital ship immediately jumping out of the system. With this being the case, I suspect that landing on frigates and other large ships will need to be something we all get practice with in future!

Everyone who was fooled by the CIG April fool got a $5 coupon!

2.4 is now locked down in terms of content and they are testing and polishing it for PTU release which should see some of the first pieces of persistence!

The highly anticipated 2.4 update is to include the first pieces of the persistent universe to actually feature persistence and these components are expected to be shopping and earning “Alpha UEC” which you earn in the game and can also spend in the game. The previously introduced reputation mechanic is expected to make the final cut so your rep will persist between logouts, as will the loadout of your ship(s).

Additionally CIG have said that the much hated Holo-table will finally be disappearing! In its place, the existing mobiGlas will have functionality added to allow for users to customise ship loadouts. The holo-table will apparently return after it has had a major overhaul at a later date.

Current thinking at CIG is that the Alpha UEC (test money) which you earn will be periodically wiped and you’ll restart from zero as they balance the cost of items, ships, components etc against the pay received for doing various types of missions. They may give people some kind of token reward to take into the game universe at the end of the alpha period if they have accumulated a large amount of alpha UEC but this is not confirmed and to be decided at a later date.

The MISC Prospector was concept launched. This is a single person ship aimed at allowing solo players to get in on some mining mechanics when they make it into game. 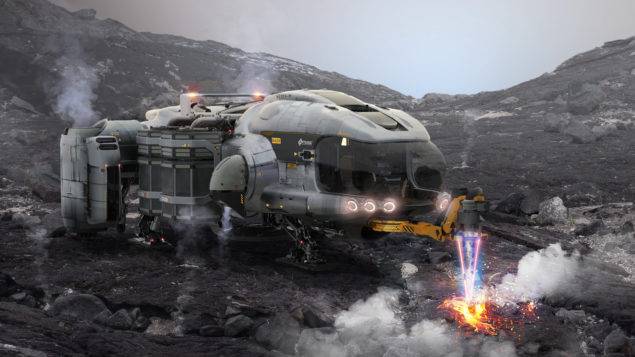 CIG have once again continued developing the lore of the game and elections for Elysium IV (planet name Jalan) are upcoming. Those with views on the political state of affairs for the former Tevarin homeworld are encouraged to make their opinions known in a poll here. Additionally, if you would like to visualise where in the ‘verse Jalan is, feel free to head on over to the Star Citizen interactive ARK StarMap entry for the Elysium system here.

In other news, some websites took Chris Roberts' comments on his weekly 10 for the Chairman show about not all stretch goals making the commercial launch as surprising. Thankfully, most people who have been following the development of Star Citizen know that all stretch goals are not committed for the game’s commercial launch. It’s pretty easy to figure out. If you want more detail, check out the stretch goals page (here) and the ones which say “launch with” are the ones which are committed for the game at launch. Many stretch goals have already been delivered, others we know are being worked on and others still are to be worked on.

Personally I hope they don’t hold off commercial launch because someone is upset that the “space pets” mechanic isn’t implemented yet. Which stretch goals will be met or not prior to a commercial launch is still to be determined. As ever, keep tuned here and when the time comes, we’ll share all the information with you.