Star Citizen Alpha 2.0 is almost upon the masses and has entered the public test universe for those that are willing to test the release before it’s ready for prime-time. It’s promising to give us a real sense of MMO adventure by letting groups of friends and corporations with larger multi-crewed ships that are modeled in game to get together and play cooperatively to accomplish something. It’s a lofty goal considering the design challenges that Cloud Imperium Games wants to address to make it unique among cooperative space simulators games.

But already, even in the Public Test Universe, it already looks to be shaping up to be a very compelling upgrade before Star Marine is finally released. But are the improvements enough in 2.0 to bring more interest and help provide positive arguments against the naysayers? 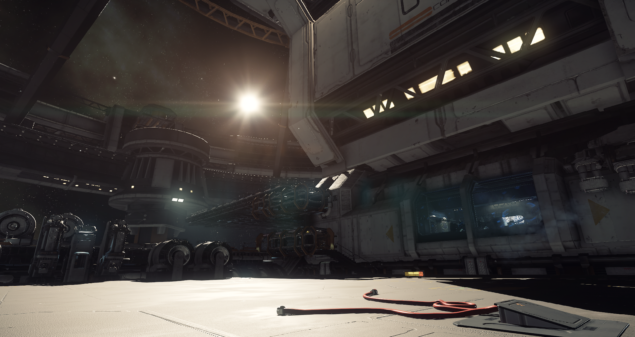 The majesty of space is perhaps finally being captured in Star Citizen.

The visual upgrades to ships and the station itself are nothing short of staggering. Oddly, some of the ships, the Constellation ship in particular, have been reduced to be able to provide for better performance. That doesn’t mean they look any less magnificent, just that they're now optimized. But this is more about the player experience than any upgrade in graphics, that's the focus. Even better is that more ships are now able to be flown in universe with this update. The Scythe, for example, is available to fly, and the Retaliator is now modeled, though not ready to fly.

And there is a lot that's been added. Before this update you could only really enjoy dog-fighting in Arena Commander, racing through some rather difficult and open courses in the Murray Cup, practicing your flying skills in free-flight mode or trying your hand against the Vanduul in the Vanduul Swarm mode. Despite obvious bugs that could crop up, it was fun and engaging, but was very limiting in just how much fun it was. Of course you could hand around your hanger and then head on up to Area 18, ArcCorp, but that too was just a showpiece of what's to come, a placeholder to placate the naysayers. Granted, it's a great placeholder for the fans, as it allowed us all to interact with each other. But all of those features available just isn't enough to get everyone interested. Sure, the physics are fantastic, CryEngine is in good form and it's a challenging enough experience. But for a representation of something that's supposed to be massive in scope, it just doesn't do that. It's hard to show people your own excitement (granted, I'm excited and very much a fan of this project, but still skeptical) when there's only a very limited demo available.

Star Citizen Alpha 2.0 is in the PTU, and it expands the scope by many orders of magnitude despite only adding just a few limited yet exciting things to explore. Firstly there;s the possibility of some of the most exciting and pertinent features, the ability to perform missions together in one ship. Multi-crew is here and it's quite nice. Exciting even. Take your Constellation, or whatever big ship, out to perform just the mission that was shown off in the demo at Gamescom. 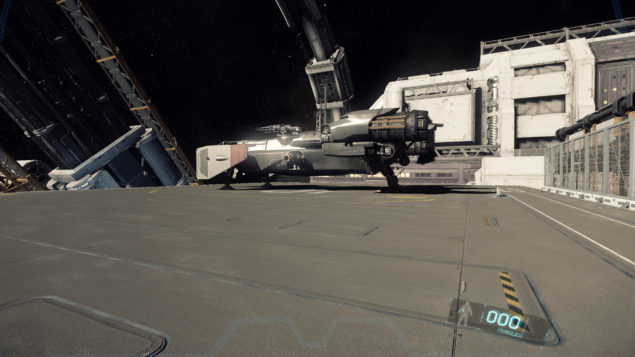 Wake up to some more fantastically composed music by Pedro Macedo Camacho, enter the main portion of the station and choose your ship. Maybe the Cutlass will be good, it has room for a few others, and a lot of firepower. Exit out into landing pad, in frozen zero-G space and walk out to your ship, all the while enjoying a terrifying yet exquisite backdrop of a slowly spinning planet and a space station rotating ever so slowly before you.

There are more cubic-kilometers to explore in this new area than all of this blue-green planet we live on. It's fascinating, and you can travel quickly between places by jumping, faster than light travel. But even just flying around and exploring the station and the overall vastness before you. But once the novelty of the big space wears off, there's far more to do. Much more. Exploring is only the tip of the iceberg, and a good preview of things to come. This is the beginning of what we're to expect from the final game. The feeling of being one small part of a vast universe with an almost infinite amount of things to do, and being able to do them with your friends. 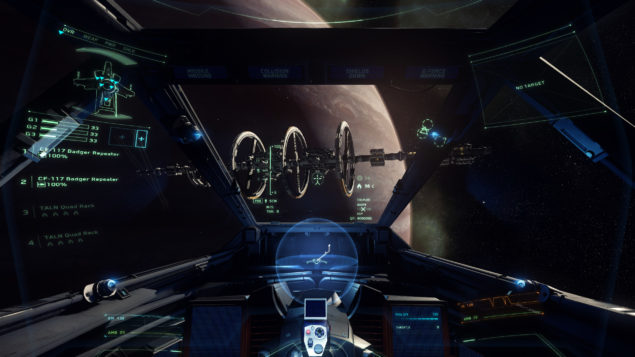 So then, the question is whether or not this is a great representation of the dream of Star Citizen. And while it is far from complete, and isn't quite out to all backers and owners of any game packages, but it is far more of an example of what Chris Roberts wants to achieve. It's no longer a multiplayer shooter, but more of a cooperative MMO with better graphics and a more gorgeous backdrop than you'd expect.

This is more akin to playing a pre-alpha or a prototype than it is actually even playing an alpha, let alone a beta. It’s certainly very functional and playable, with a tremendous more to do in-universe, not to mention more to look at, but it’s not without its caveats. But sometimes helping improve something and actually testing something is worth the experience. Reporting bugs and seeing what you've reported get fixed in the next update is an oddly satisfying feeling.

But overall this is a positive improvement that shows great progress being made. This is what Star Citizen is about. It may only be a small preview of the entire vision, but it's an explicit move towards the direction they've said they were headed. It's not perfect, but as a preview of a game that's not even close to being done, it's more stable and has more fun and pertinent things to do than a lot of more complete games. As an alpha, it's better equipped to provide an entertaining time than a lot of games. But as an alpha, it's still not quite in a position to completely reconcile the doubts in the minds of so many. It's an alpha, it's not complete, it's impossible to achieve that goal, right? It's still progress, and shows the direction that Star Citizen is headed, regardless of what people may or may not think. I personally enjoy it, and I believe that many more do as well. Are you convinced?