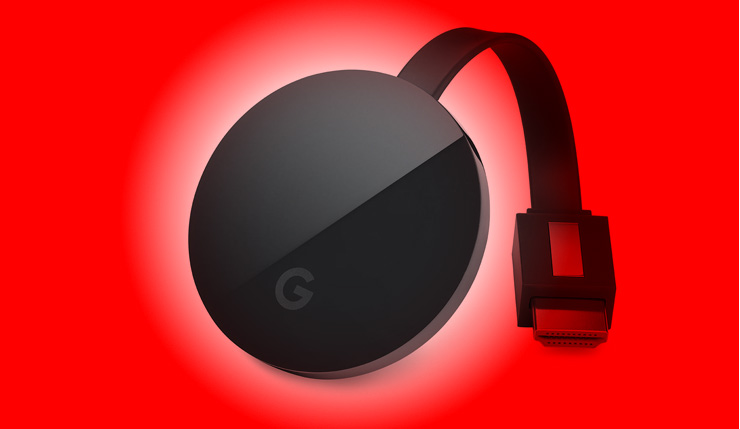 You can play Stadia on a variety of devices, including your PC, laptop, or Google Pixel phones, but it seems the main way Google wants you to play is on your TV with a Chromecast Ultra, which has always seemed potentially problematic. Sure, the Chromecast Ultra is fine for steaming media, but it would be able to handle long hours of heavy-duty video game streaming? It seems the answer may be “no.”

A number of Stadia early adopters on Reddit are reporting their Chromecast Ultras are overheating and shutting down. Here’s what Reddit thread-starter Armadeon7479 had to say…

I was in the middle of a fight in Destiny 2 when suddenly my Chromecast died and lost connectivity to the network. I went to unplug it from the power and it was extremely hot.

A Google representative quickly replied to the Reddit post to say that, while they take player concerns seriously, the overheating they’re reporting doesn’t actually exist.

Thanks for bringing this to our attention. We know any sort of heat on a device can be worrisome, but we can confirm there is no thermal overheating issue with Chromecast Ultra. During normal usage (like watching cat videos on YouTube), the surface of the device may get warm to the touch, but this is working as designed. The team has done extensive testing on the hardware, services and games -- this includes tests of long Stadia play and video sessions—and have not seen thermal shutdown problems.

Oooo-kay. Needless to say, the folks in the Reddit thread didn’t take too kindly to this brush-off, with many continuing to report overheating issues. Here’s Raiotech with a typical response…

[I’ve] not successfully run a game on the Chromecast longer than 10 minutes before it shuts down from overheating! Clearly your supportive customers who paid for the launch of new tech are having issues and your fire back with denial of an issue. This is not how you convince people to stay and trust purchasing things from you.

Will Google eventually acknowledge Chromecast overheating is a real issue and release a more official response? Given some of the other issues Stadia has been dealing with at launch, including underwhelming performance and pre-orders being below expectation, I have a feeling they may continue to downplay this problem.