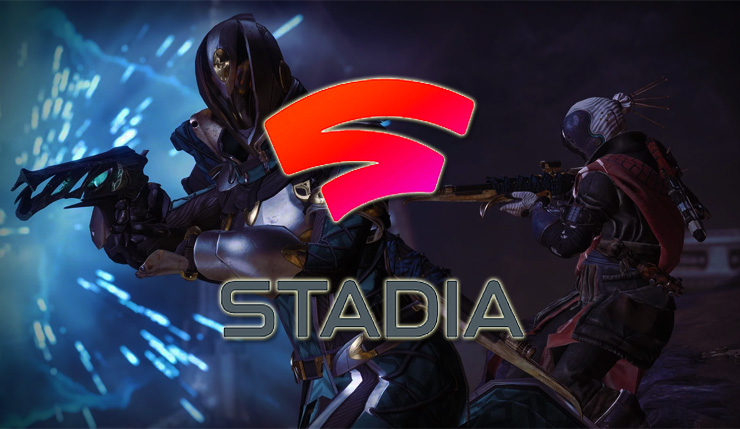 Google Stadia launches tomorrow and early review are somewhat mixed. Prior to launch Google promised players would be able to tap into powerful 10.7 teraflop hardware, allowing anybody to play games at 4k and 60fps on high settings, but the reality seems to be somewhat different.

According to The Verge’s Stadia review, the streaming platform does not run its showcase launch title Destiny 2 in native 4K. Google confirmed this in a statement…

When streaming at 4K, we render at a native 1080p and then upsample and apply a variety of techniques to increase the overall quality of effect.

Not only is Destiny 2 not true 4K on Stadia, it runs at medium settings. So, in other words, Destiny 2 on Stadia is a marked step down from the Xbox One X version, which runs at native 4K with more visual pizazz. Apparently, Destiny 2 isn’t the only game not offering the visual quality Google promised – it's revealed in Eurogamer’s Stadia review that Red Dead Redemption 2 only renders at 1440p and 30fps with visual settings at around the same level seen on the Xbox One X. So, a little better than Destiny 2, but not the top-of-the-line experience we were told to expect. Presumably, other games also offer less-than-ideal visual performance.

Of course, streaming games at 1080p/1440p with high-end console settings isn’t terrible. If you’re not a particularly techy person and just looking at Stadia as a replacement for consoles,  it’s not a bad alternative. That said, Google promised more, and for whatever reason, they’re not delivering yet. Hopefully they can work the kinks out and offer a true high-end experience soon.