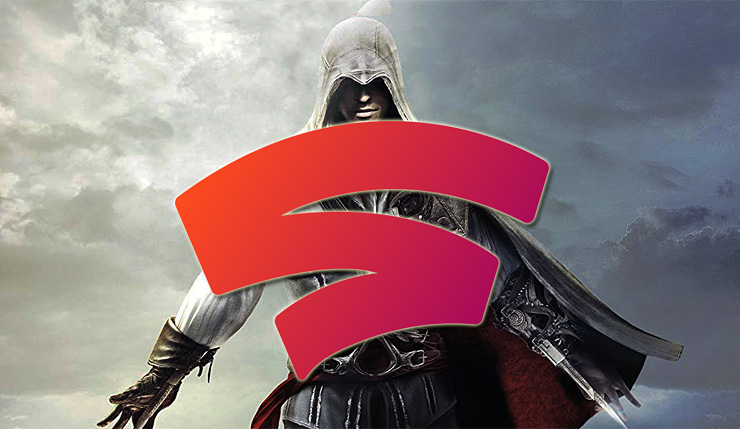 Right now, Google Stadia is relying entirely on third-party support, but, long term, the plan is for the platform to have it’s own lineup of first-party exclusives. In order to achieve this, Google has founded Stadia Games & Entertainment, a new Montreal studio under the leadership of former Assassin’s Creed and EA Star Wars producer Jade Raymond. This studio is currently staffing up, and, surprise surprise, according to a report from VGC, Raymond is tapping numerous former Assassin’s Creed collaborators.

The new Stadia Games general director will be Sébastien Puel, who served as Assassin’s Creed executive producer for over a decade. The new head of first-party production is Francois Pelland, who was previously executive director of development at Ubisoft Quebec, which produced Assassin’s Creed Syndicate. Last but not least, Mathieu Leduc joins Stadia as an art director, after contributing to the original Assassin’s Creed and both Watch Dogs games. So yeah, some solid talent, all with very similar resumes. It seems pretty clear what kind of game the new Stadia studio is working on.

As we previously reported, Google is planning to set up multiple first-party Stadia studios. Here’s what Raymond says we can expect in terms of exclusives…

It is a long term view that Google is taking. For a big bet and a huge new IP that's going to fully leverage the cloud, it may be several years. But we do have quite a few exclusive games in the works that will demonstrate some of the exciting things about the platform all along the path. It won't be four years before gamers get to see the new exclusive, exciting content. There will be some coming out every year, and more and more each year.

What do you think? Excited for what Raymond and her team are working on? Will Google remain committed to first-party content long term?