Stable Road Acquisition (NASDAQ: SRAC) Takes a Jab at Richard Branson’s Virgin Orbit as It Gears up To Merge With the Space Delivery Startup Momentus 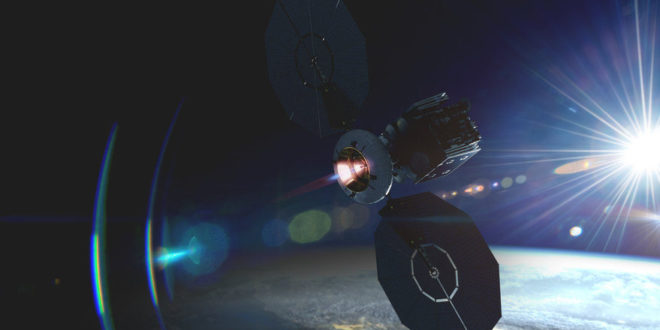 As per the press statement released by Stable Road Acquisition today, the combined company will have an enterprise value of around $1.2 billion. Moreover, the deal is expected to close in early 2021. As far as the financial details are concerned, the statement noted:

"Pro forma for the transaction, Momentus will have approximately $310 million in cash on the balance sheet, to be funded by Stable Road’s $172.5 million of cash held in trust (assuming no redemptions) and $175.0 million from a fully committed common stock PIPE at $10.00 per share, including investments from private equity growth investors, family offices and select top tier public institutional investors."

Bear in mind that Stable Road Acquisition has a cash repository of $172.5 million that the company raised through an IPO back in November 2019.

Stable Road Acquisition seems to have selected its merger target wisely as the space economy is expected to grow to a whopping $1.4 trillion by 2030. Momentus aims to capture the space logistics market by providing the following services:

Of course, the field of space logistics is growing crowded by the moment. However, Momentus and Stable Road Acquisition have an ace up their collective sleeves – Vigoride. According to the details available on Momentus’ website, the space transport vehicle Vigoride has the following salient features:

“Vigoride has been designed to be capable of launching on most large, mid-sized, and small rockets thanks to its compatibility with many modern launch interfaces such as ESPA Grande. Once in orbit carrying your satellite or cargo, we believe Vigoride will be able to change orbital planes, adjust inclination, and deliver to altitudes up to 2,000km. Or if you prefer, Vigoride will be able to stay with your payload providing more than 1kW of power, communication, attitude control, and orbit maintenance for the duration of your mission. Our next-gen reusable Vigoride will be designed to be refueled in-orbit, enabling multiple cargo missions between orbits and a suite of in-orbit services, such as docking, refueling, satellite repositioning, life extension, deorbiting, repairing, and inspection.”

As of September 30, 2020, Momentus had customer contracts which represent approximately $90 million in potential revenue over the next several years.

Momentus is a direct competitor to Richard Branson’s Virgin Orbit, a company that aims to provide launch services for small satellites. Moreover, the Virgin Group is also delving into the scorching hot SPAC sphere. As an illustration, in early October, the group launched a new SPAC – VG Acquisition Corp. The entity raised $480 million in its IPO, exceeding expectations by $80 million. While the new company’s merger target has not yet been identified, Virgin will purportedly use this vehicle to acquire businesses related to its core activities – travel and leisure, financial services, health, technology, and mobile. While it is unclear whether this particular SPAC will become another competitor of Momentus and Stable Road Acquisition, what is evident is that the space race is certainly heating up.