Square Enix Is Heavily Into Cloud Gaming, While Nintendo Is More Interested in Augmented Reality 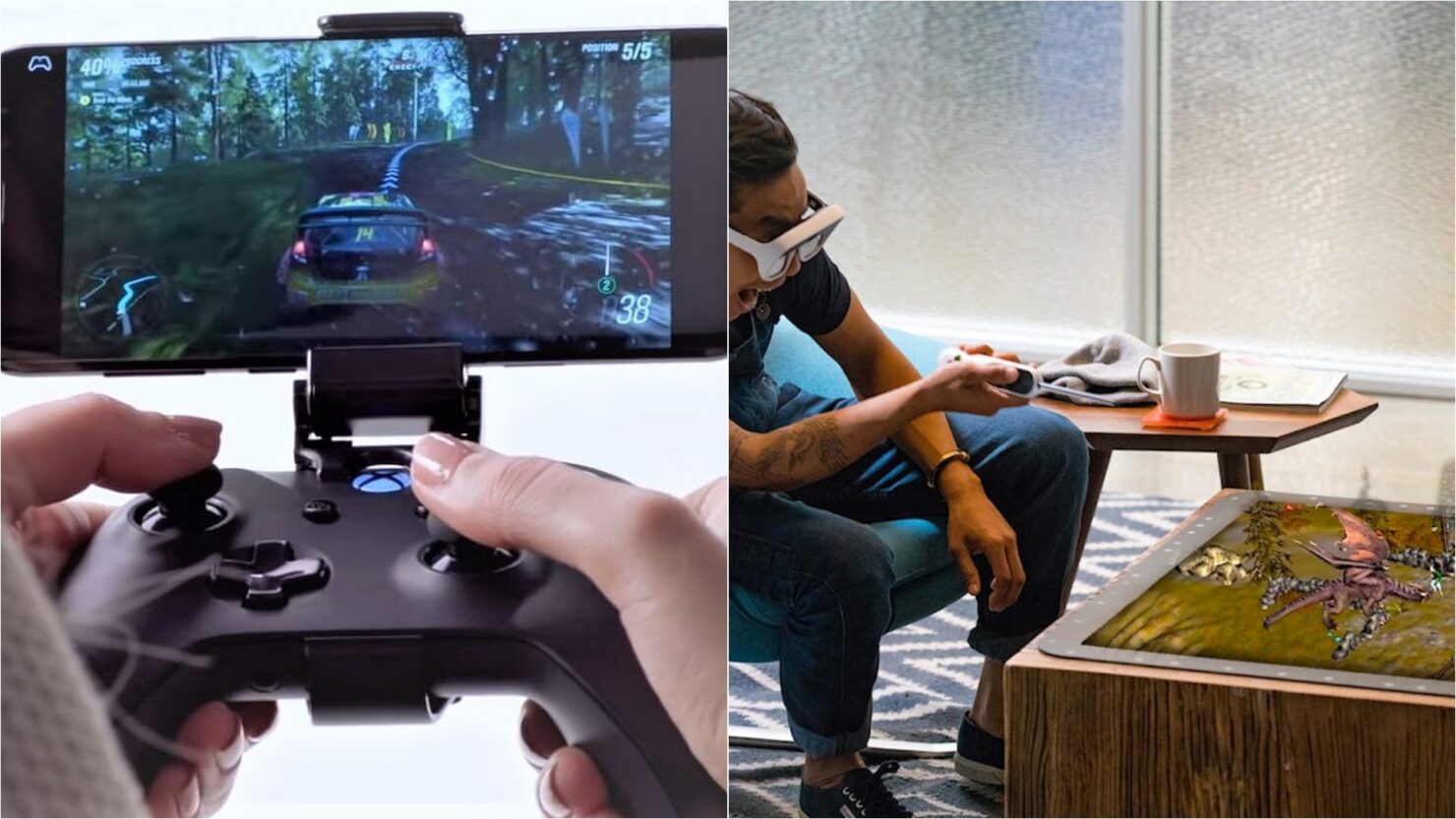 The presidents of Square Enix and Nintendo both shared an outlook on which technologies are being experimented on inside the respective companies.

Square Enix president Yosuke Matsuda posted a lengthy 'New Year's Letter' earlier this week where he revealed the interest in the creation of games that are only possible thanks to the cloud.

From a game development perspective as well, we will strive to create gaming experiences only possible in the cloud, meaning developing cloud-native or cloud-centric games. For cloud streaming to enjoy mass adoption, there will need to be innovation not only in terms of distribution, but also in terms of gaming experiences. We believe that new gaming experiences that would have been impossible on traditional game consoles will be a major driver of cloud gaming adoption. Our efforts to develop cloud-native or cloud-centric titles are already underway, and we will strive to create new gaming experiences. We naturally face a mountain of challenges, including technological hurdles that must be overcome and issues with telecommunications costs. However, we have no doubt that cloud gaming will represent a major trend over the next five years as we enter the age of 5G and that our strategies for flexibly responding to that trend will be key. We intend to stay on top of new developments and leverage cloud gaming to drive new growth.

Square Enix seems to be much more optimistic about cloud gaming and its possibilities than Nintendo, whose president Shuntaro Furukawa told Japanese newspaper Nikkei (via Nintendo Everything) that it may be ten years before we know whether it'll capture the interest of the public.

It’s possible that cloud gaming could capture the public’s interest in 10 years from now, however at this point in time, I do not think that dedicated hardware will go away. It’s a long way off before we’ll really know the outcome. With that said, it would be pointless to solely focus on methods of play that can only be had on dedicated hardware. Once your audience starts saying they can play on other consoles or smartphones instead, you’re finished.

That doesn't mean Nintendo is closed off to experimenting with new technologies, Furukawa added, pointing out how Augmented Reality is an area of particular interest.

Something I do not want the public to misunderstand is that we are not turning our backs on new technologies – we are constantly researching and developing. Our hardware development teams evaluate all kinds of new technologies available thus far and consult with our software developers. If they determine that a technology can be used with a game, then they will utilize it. We will not be changing this fundamental approach moving forward.

As for AR, it is definitely one of the many aspects we are interested in. We are currently researching what interesting ways we can utilize it.

This isn't that surprising when you consider the massive success of Pokémon Go on mobile devices. Clearly Nintendo would like to find a way to replicate that on the Nintendo Switch. Then again, Square Enix's Matsuda also mentioned the advent of AR glasses in his letter, with the company possibly unveiling some XR related projects later in 2020.

In addition, as the world looks forward to the arrival of new devices like AR glasses, we are continuing our R&D efforts into technologies such as XR. We believe that we will be able to start unveiling the achievements such efforts in some projects as early as this year.

Last but not least, Square Enix may even be looking into blockchain gaming.

Meanwhile, games using blockchain are no longer in their infancy and are gradually coming to represent a more significant presence. Rather than treating blockchain gaming as an opportunity for speculative investment, we believe establishing whether it is capable of bringing something new to our customers’ gaming experiences will be the key to growth.

A new decade has just begun. At Wccftech, we foresee both cloud gaming and Augmented Reality as critical to the expansion of the games industry going forward, and we'll do our best to cover all the latest and greatest development in these technologies. Stay tuned!