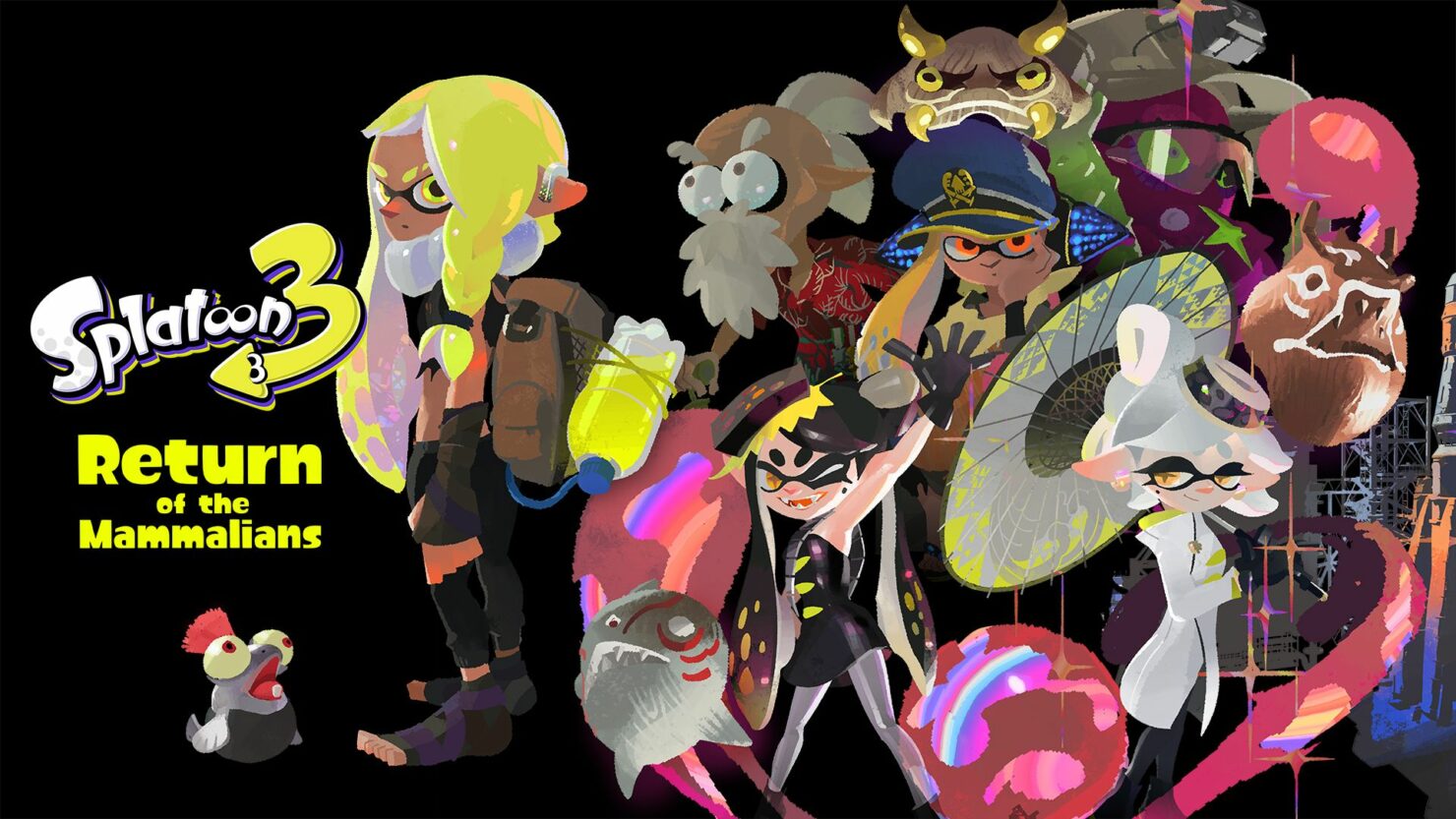 Splatoon 3 fans were treated to a brand new trailer during yesterday's Nintendo Direct. This trailer is focused on Return of the Mammalians, the game's Story Mode.

Ink up the Splatlands in Splatoon 3!

Enter the Splatlands, a sun-scorched desert inhabited by battle-hardened Inklings and Octolings. Splatsville, the city of chaos, is the adrenaline-fueled heart of this dusty wasteland.

Even in this desolate environment, Turf War reigns supreme and battles rage in new stages located in the surrounding wilds, such as the majestic Scorch Gorge.

Dynamic new moves help these fighters dodge attacks and cover more ground, along with a new bow-shaped weapon to sling ink and new special weapons, such as the scuttling Crab Tank.

Take control of Agent 3 and fight against the evil Octarian army alongside the New Squidbeak Splatoon in Splatoon 3's story mode. Discover the secrets of Alterna, the Fuzzy Ooze and how it connects to the mode's theme, "Return of the Mammalians".

Splatoon 3 lands next year exclusively on the Nintendo Switch. The previous installment launched early in the console's life cycle, only a few months after the Switch's debut, and our reviewer Dave Aubrey rated it 8.6 out of 10 at the time.