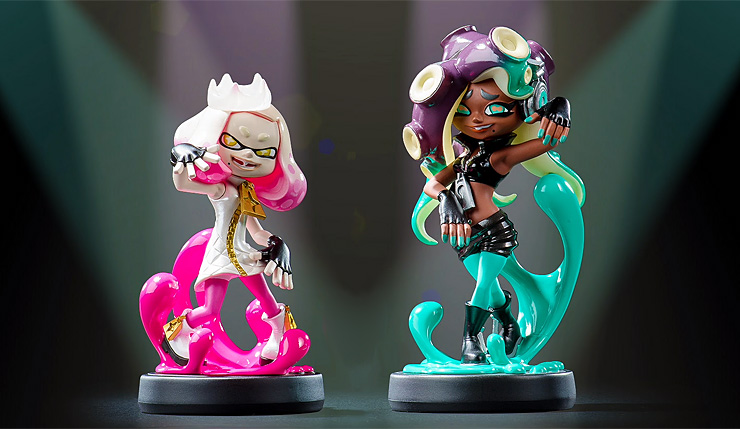 It seems Nintendo has no plans to clean up their act in 2018.  The company has made it clear they’re going to continue to push their messy multiplayer shooter Splatoon 2 this year, announcing a fancy Starter Edition of the game, two new Amiibo, and more.

Splatoon 2 Starter Edition includes the game, a 100-page strategy guide, and two sheets of colorful stickers for $60. You can scope out the new package, below. 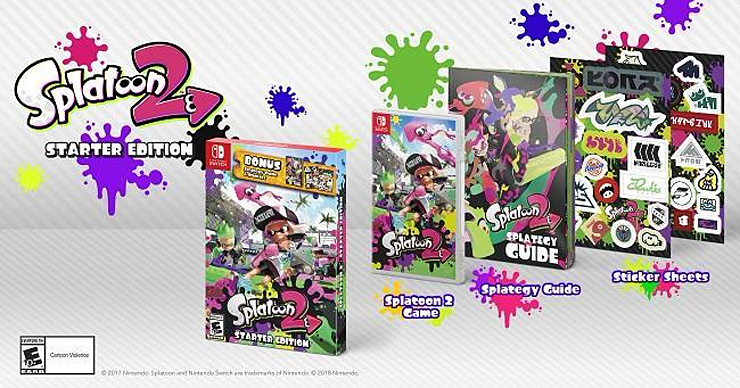 The new Amiibo will feature Pearl and Marina, the popular squabbling hosts of Inkopolis News and the Splatfest events. No word yet on what function these Amiibo will have, but does it matter? Pearl and Marina's purpose is to give your collectibles shelf a much-needed style upgrade.

Finally, Nintendo has also announced a new Splatoon 2 map and weapon. The map, Goby Arena, takes place on and around a basketball court, which should make for fun back-and-forth battles. Check out some screens of the new map, below.

Get ready to dunk on your opponents when Goby Arena enters the map rotation in #Splatoon2! Coming soon! pic.twitter.com/s3lfifAMw5

Meanwhile, the new Tetra Dark Dualies, which let players shoot while rolling, will add a bit of versatility to your arsenal.

With the Dark Tetra Dualies, coming soon to #Splatoon2, you can perform up to four dodge rolls in a row, and even shoot while rolling! pic.twitter.com/O30u7YZULc

Splatoon 2, which launched on Switch last summer, has sold an impressive 4.9 million copies, per Nintendo. Wccftech’s Dave Aubrey deemed the game a conservative, yet fun sequel in his review:

“Splatoon 2 could’ve done more to differentiate itself from its predecessor, but ultimately what we’re left with is an upgrade over the original in almost every way. Sure, some returning players might be underwhelmed by the familiarity, but anyone jumping into Splatoon for the first time will be blown away.”

Splatoon 2 Starter Edition will be available on March 16, Goby Arena and the Tetra Dark Dualies are "coming soon,” and the Pearl and Marina Amiibo arrive later this year.