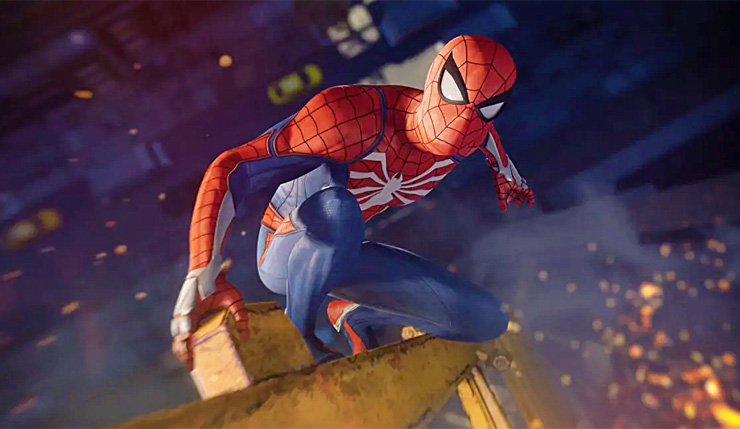 No major 2018 video game release would be complete without an online squabble about “downgraded” visuals. Certain fans have been obsessively comparing every new Spider-Man video and screen released to the game’s E3 2017 debut in hopes of finding evidence of a downgrade, with a changes to a single puddle being enough to cause widespread controversy. Developer Insomniac Games has repeatedly said there hasn’t been a downgrade and any changes detected since 2017 are purely artistic, but are they just covering their butts? Clearly we need an impartial assessment.

Enter the good folks at Digital Foundry – according to the Internet’s most trusted tech heads, Spider-Man hasn’t been downgraded. In fact, the game has actually been upgraded in a number of ways since E3 2017. Resolution is the most obvious area of improvement – on the PS4 Pro, the game’s adaptive resolution ranges from 3456x1944 to 2560x1368 depending on the scene, with 2816x1584 being the game’s average resolution. These resolutions are achieved with temporal injection, rather than the less effective checkerboarding technique most other PS4 Pro games use. By comparison, the E3 2017 Spider-Man footage only ran at 1440p.

Other improvements include increased traffic and pedestrian density, the ability to see the interiors of buildings through windows, and refined lighting and shadows. Spider-Man himself in unchanged in terms texture quality, although his suit material now has a more natural, fabric-like appearance, replacing the plasticky, glossy look from E3 2017. This can make Spidey’s suit look somewhat flatter in some shots, but it’s purely an artistic change.

Finally, what about that damn puddle? Insomniac is using the same tech from 2017 – a combination of screen-space and cube-map reflections – to render the reflective puddles. The reflections in the 2018 puddles appear slightly more generic than those in 2017 demo, but Digital Foundry suspects that’s due to Insomniac trying save some manpower. Mapping 100 percent accurate reflections to all the game’s puddles would have been extremely time-consuming, so they likely automated the process. As for why they reduced the number of puddles in the one scene, again, it seems to have been another artistic choice, as it doesn’t appear to have made much difference in terms of resolution or performance.

So, there you go – rest assured, if you pick up Spider-Man you’ll be getting one of the most technically accomplished games on the PS4. And hey, aside from that, it’s also a lot of fun – check out Wccftech’s full review here.