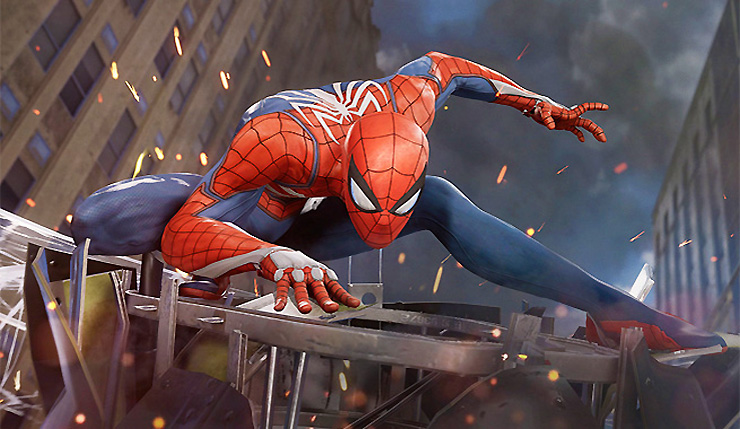 What’s up with Sony’s PS4-exclusive Spider-Man title? For a while we were getting regular updates on the game, but then the flow of information kind of dried up. Following the major delay of Sony’s Days Gone, some fans began to wonder is Spidey had also suffered a setback.

Don’t worry, you’ll still be doing whatever a spider can sometime this year. Game Informer has revealed Spider-Man will be the focus of their May issue, and that they know when the game is coming out. We’ll have to wait until tomorrow for the release date, but Insomniac let a little something slip today…

no, it's releasing 2018 and Game Informer has the date and will share it tomorrow!

2018, confirmed! Can we narrow it down any further? Well, at last year’s E3, SIE Worldwide Studios CEO Shawn Layden indicated Spider-Man would arrive in the first half of 2018, so the game could be swinging our way pretty soon! We’ll find out for sure, tomorrow.

In addition to the release date, Game Informer is promising plenty of other information about Sony’s upcoming superhero game…

“We played Insomniac Games’ Spider-Man, and we know its release date. Our hands-on impressions reveal what you can expect from the open world – the missions, side activities, collectibles, and more. We also dive deep into the web-swinging controls, combat complexity, and surprisingly deep upgrade paths, which include suit crafting. […] [We’ll also be kicking off] a month of additional online Spider-Man coverage, including gameplay footage that shows off the open world and combat.”

Created by Ratchet & Clank developers Insomniac Games, Spider-Man is heavily based on recent comic books, and stars an older, more mature Peter Parker. The game will feature an open-world version of New York, and focus on both Peter Parker’s superhero and civilian life. Licensed games usually aren’t great, but Spider-Man looks like it will be a major exception to that rule.

The digital edition of Game Informer’s May will be available tomorrow. The magazine hits newsstands on April 6. You can subscribe to Game Informer, right here.