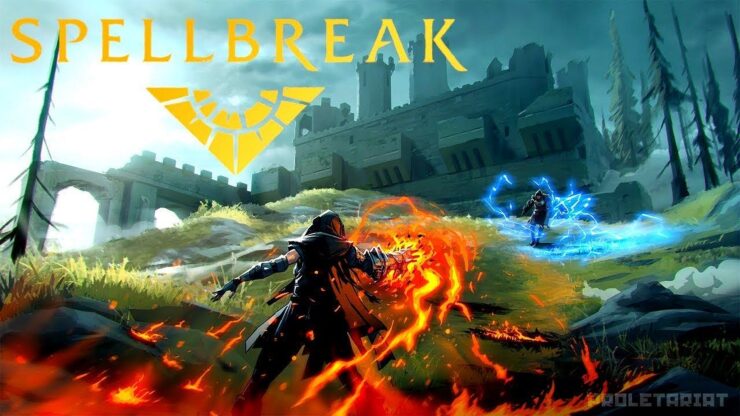 Normally, you'd have to purchase the minimum Founder's Pack for $49.99 in order to get in at this point. However, we have partnered with the game's developers to give away five thousand codes that will let you into the beta right away. Just complete the form below, get your key and redeem it on the Epic Games store platform.

The folks at Proletariat also shared what will come after this initial beta phase for Spellbreak.

We have no formal announcements at this time (stay tuned!) but we hope to bring Spellbreak to every major platform, eventually.

Spellbreak was always meant to have an interesting story driven by quests that can take place over weeks and months. This will go along with new content like classes and items that will fit into the narrative theme and direction of the story. Our take on this ongoing content system is called “Chapters” and is currently in development. We will not be running a Chapter in Closed Beta 1 but hope to run a test Chapter or two in the future. If you are interested in the narrative and lore in the Spellbreak universe, check out the Lore channel in Discord.

More Changes to the Hollow Lands

We have big plans for the map and the redesign of Fort Halcyon is just the beginning. The Hollow Lands is meant to be a diverse and beautiful place with several unique biomes and architecture styles. Look out over the coming months for hints and teasers on the next area to get a redesign: Dustpool.

Sometime after the Closed Beta 1 Milestone, we will be turning on the Store. This will include giving players the currency they purchased via Founder packs and allowing players to purchase a wide variety of cosmetics discussed above.

We feel strongly that this is a big opportunity for shared progress, storytelling, and rewards that can exist outside of a squad. This will include features for permanent progression via mechanics like Mastery and additional content for players to participate in via Chapters.

We're interested in seeing where the community wants to take the competitive Spellbreak scene. It has been fun to watch community driven events grow and evolve over the course of the development of the game. We want to support this as much as we can in the future after Closed Beta 1.