Invites for the Need for Speed closed beta have been sent out according EA. Sign up for the closed beta began last month for both PS4 and Xbox One owners. Fans were able to sign up for the beta at the game's website. 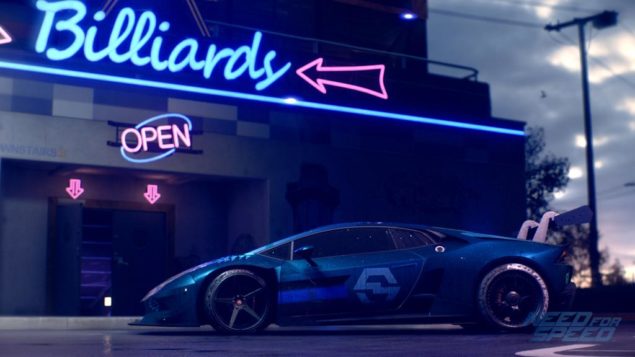 The beta sign up page made no mention of a closed PC beta.  According to developer Ghost Games the beta  is being offered to help the studio "perform a number of technical tests that will help the team" get ready for launch. The Need for Speed 'reboot' is scheduled for a release on November 3rd for PS4 and Xbox One. PC owners will have to wait till early 2016 for a release.

We've included a shot of the Beta invitation down below. EA points out that all gameplay footage is under NDA and confidential at the moment. Testers will not be allowed to share their gameplay videos. While I haven't downloaded the beta myself yet, Neogaf user Matush reports that the closed PS4 beta weighs in at 19GB. 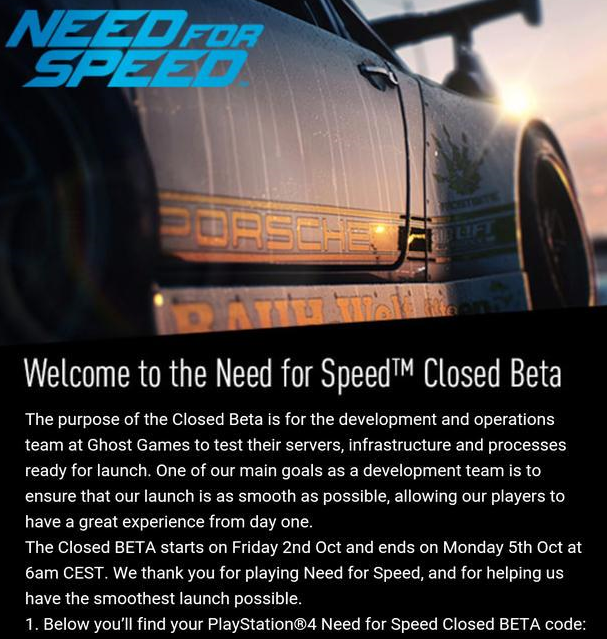 The invitation mentions that the beta allows Ghost Games to test their servers, infrastructure and processes. The beta starts today (October the 2nd) and end on Monday, October the 5th at 6am CEST.

For those who have received their invitation, congrats and safe driving.