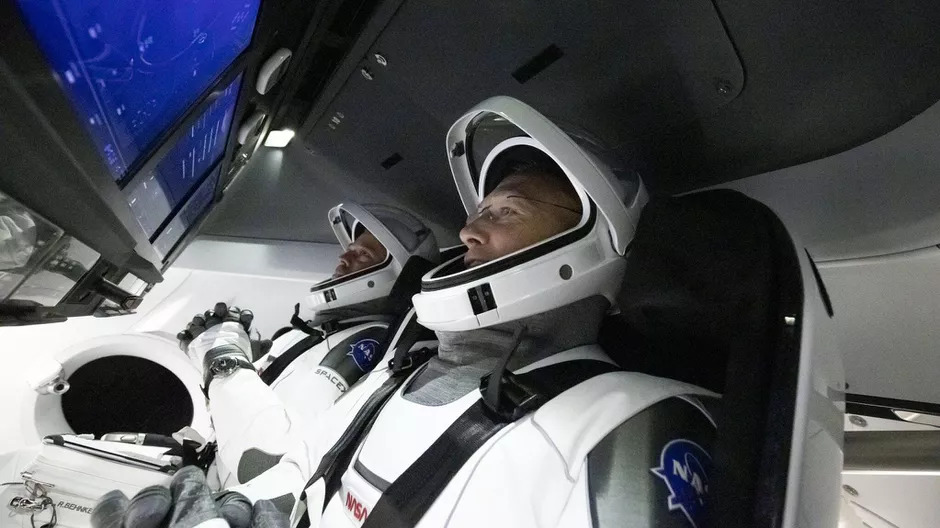 SpaceX is again at the cusp of securing a historic milestone as it attempts to launch NASA astronauts into space for the second time following Wednesday’s postponement of the manned mission. Should the latest endeavor succeed, SpaceX will have marked the resumption of human spaceflights from the continental United States after a hiatus of almost a decade following the shuttering of NASA’s space shuttle program back in 2011.

With just over 30 minutes to go, the latest weather forecast has reduced the probability of a violation of weather conditions down to 30 percent. This means that there is now a 70 percent probability that the SpaceX Demo-2 launch will proceed as planned.

As a refresher, SpaceX and NASA had decided to postpone the scheduled Demo-2 test flight of the Crew Dragon spacecraft on Wednesday owing to the inclement weather conditions. This was a probable eventuality given that the U.S Air Force 45th Weather Squadron had pegged the probability of a violation of weather constraints at 50 percent.

The launch of the SpaceX Crew Dragon spacecraft is now scheduled to take place at 03:22 p.m. EDT (19:22 GMT) from Pad 39A at NASA's Kennedy Space Center in Florida.

Earlier, the weather prognostication from the 45th Weather Squadron painted a picture that was quite similar to the one on Wednesday. Again, the probability of violating weather constraints – including flight through precipitation, the thick cloud layer rule, and the cumulus cloud rule, associated with the frontal boundary – was earmarked at 50 percent. This meant that there remained a 50 percent probability that the SpaceX launch would be adversely affected by the prevailing weather conditions. The Launch Mission Execution Forecast had stated:

“A low-pressure area is moving into the Canadian Maritimes while trailing a frontal boundary along the Atlantic Coast States. This boundary will bring pre-frontal weather into the Atlantic and nudge the subtropical ridge axis over the Spaceport. This will impede the inland progression of the east coast sea breeze and, coupled with the westerly steering flow, push inland convection towards the Space Coast. The morning sounding shows instability in the moderate range, meaning the convection may hold off until after T-0.”

Apart from proximal precipitation and lightning, a sustained wind of 30 mph or more at 162 feet above the launch pad will also result in another scrubbed launch.

As always, we have covered all of the bases for you here at Wccftech. You can follow this historic SpaceX launch by clicking on the embedded official live stream from NASA:

SpaceX’s Crew Dragon launch vehicle is a variant of the cargo-focused Dragon capsules and is equipped with enhanced life support systems along with up to 7 seats for astronauts. Similar to the company’s iconic Falcon 9 rocket, the Crew Dragon vehicle is also reusable and is expected to eventually undertake multiple missions.

For now, the Demo-2 SpaceX mission remains on track, as evidenced by the latest tweet from the NASA administrator Jim Bridenstine:

We are moving forward with launch today. Weather challenges remain with a 50% chance of cancellation. #LaunchAmerica

Bear in mind that the Demo-2 is intended to serve as a test flight in order to corroborate the performance parameters of SpaceX’s Crew Dragon spacecraft. Initially, the two astronauts on board – Bob Behnken and Doug Hurley – were to spend only a few weeks in space as a part of this mission. However, given a crew shortfall aboard the International Space Station (ISS), NASA has decided to extend the mission by a still-to-be-determined period of time so as to allow Behnken and Harley to assist NASA astronaut Chris Cassidy currently onboard the ISS.

As an additional context, should today’s Demo-2 launch proceed without a hitch, the next scheduled mission is the Crew-1. As the first ‘operational’ manned SpaceX mission, the Crew-1 will be used to transport three NASA and one Japanese astronaut to the ISS. According to Bridenstine, the Crew-1 mission is currently slated for the 30th of August. Consequently, the Crew Dragon spacecraft will have to return to the Earth several weeks prior to the scheduled Crew-1 launch so as to allow for detailed inspections and a re-certification by NASA.

Of course, this is only the beginning of the journey for SpaceX, as evidenced by Elon Musk’s stated goal of landing humans on the Moon and, eventually, Mars. In pursuit of these lofty goals, SpaceX is currently executing a $2.6 billion contract from NASA to undertake six Crew Dragon missions to the ISS following today’s Demo-2 test flight.