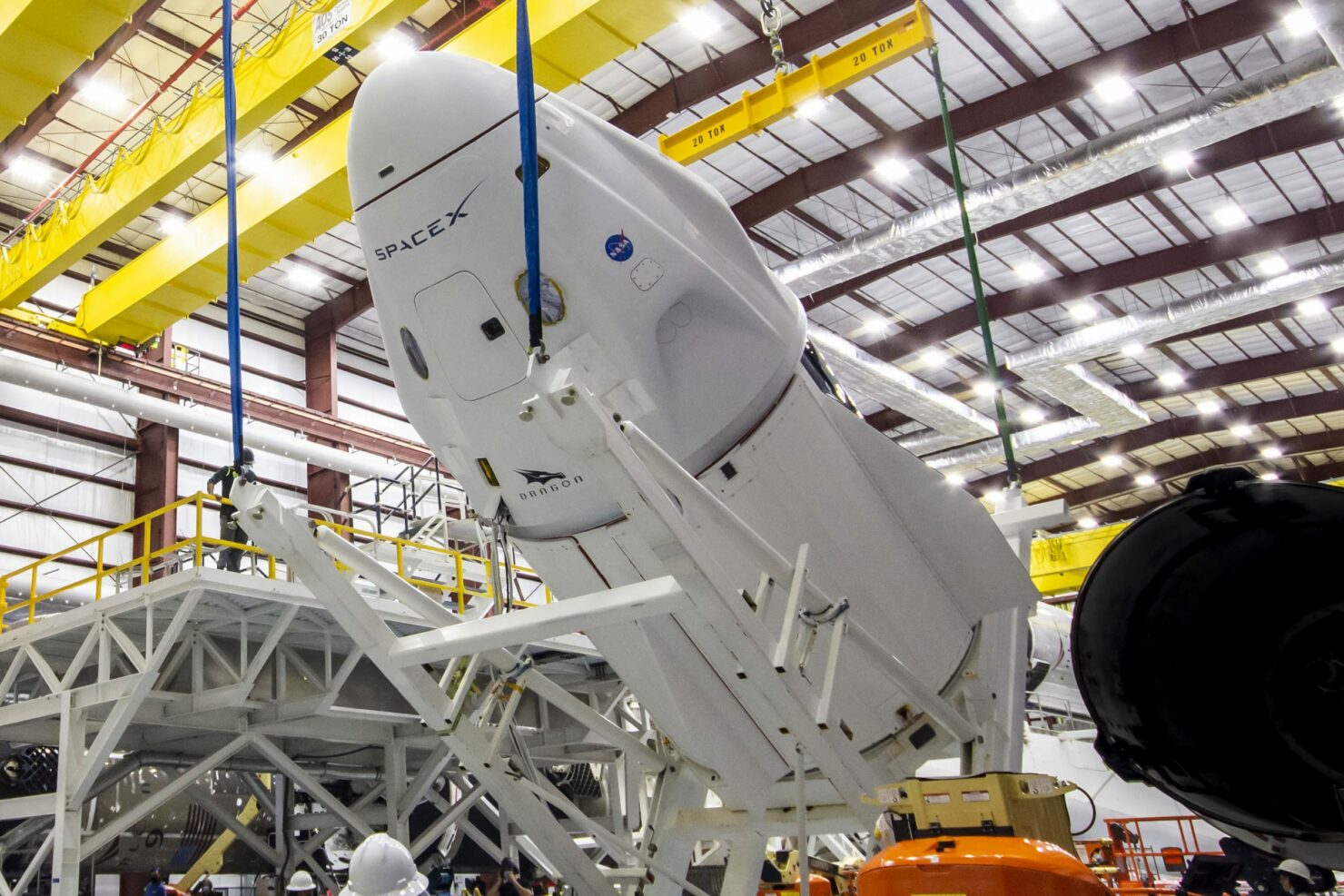 The Crew Dragon Endeavor at NASA's Launch Complex 39A in the Kennedy Space Center in Florida. Image: NASA

Space Exploration Technologies Corp.'s (SpaceX) vice president of build and reliability, Mr. Willian Gerstenmaier, stated today that his company discovered excess levels of oxidizer on the first stage of its Falcon 9 rocket. The anomaly was discovered during a test abort in Texas, explained the executive, whose company is now further investigating the issue.

His comments came during a teleconference hosted by the National Aeronautics and Space Administration (NASA) after the duo completed the flight readiness review for NASA's upcoming Crew-2 mission to the International Space Station (ISS). The Crew-2 mission is part of the agency's Commercial Crew Program (CCP), which successfully resumed ISS flights from the homeland U.S. last year.

Mr. Gerstenmaier led his opening remarks at the press conference to describe the problem when he stated:

In Texas, we discovered there was a potential loading error, where we may actually be loading a little extra oxygen in our tanks normally and we've been doing that throughout our flight history. We reviewed that with the NASA team today, but we didn't have enough time to really go over all the data and look at all the consequences of what that could mean and make sure that it's really right. So just to be extra certain, we took an exception. We'll go wor on that over the evening tonight and tomorrow morning we'll get together as a team again and we'll go review that and make sure we're really ready to go fly and ready to go do the static fire moving forward.

While SpaceX conducts pre-launch operations at NASA facilities, it develops its rockets in McGregor, Texas. Since its earliest days, the company has been operating out of this facility, having developed the iconic Merlin engine that powers its Falcon rockets in the facility. 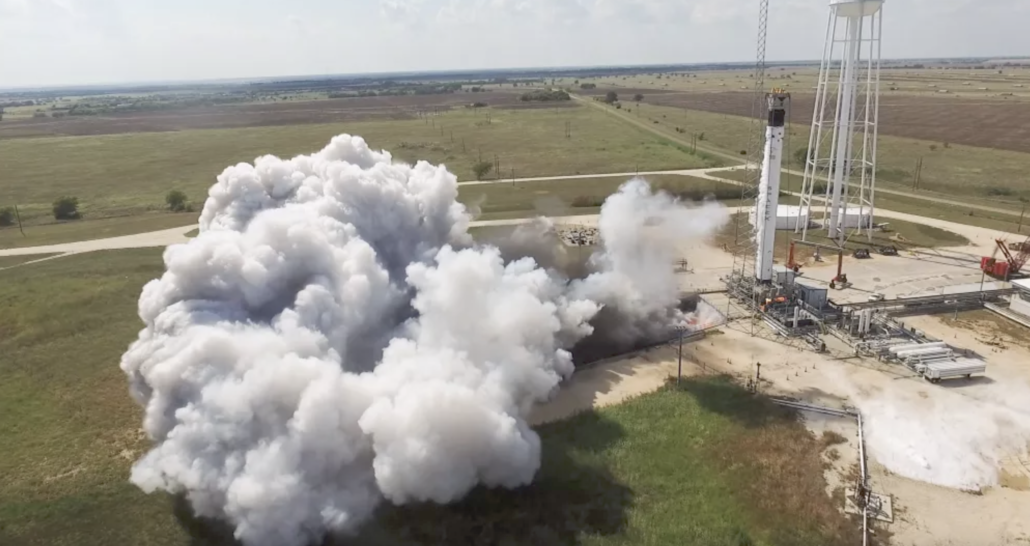 SpaceX testing the Falcon 9 responsible for flying the Dragon DM-2 mission in its Texas facilities in 2019. Image: SpaceX

In response to Bill Harwood of CBS News, the SpaceX executive provided more details for the anomaly. According to him, weather conditions made the company discover oxidizer levels higher than it had expected. SpaceX's rockets use Liquid Oxygen as an oxidizer to ignite their Liquid Kerosene rocket propellant to generate thrust.

Yeah what the issue is we were doing a test in Texas where we load the stage and then we do an integrated stage firing to verify the rocket is ready to go fly. When we were doing that loading, we got interrupted because of some weather conditions so then we changed some of the configurations and that gave us insight that we don't typically get and we got to see that the amount of oxidizer we had loaded in the bank was a little bit different than what we had analyzed it to be. So we physically got a chance to detect what it was. For the first time we saw a small difference in [the] loaded oxidizer. And because of that difference we want to investigate that some more and look at the consequences of what that could mean to us.

This is a configuration we have flown in on all our flights so it's not something new to us. But it's something we discovered in and like we described at the beginning, we really pay attention to these really small things. I think in a normal program his amount of difference wouldn't matter but in our world, we gotta take the extra step, go review, look at the consequences what happens worst case what if it's...is it an indicator of something more serious, we'll have those discussions. We'll share all the data with NASA and make sure we're ready to go do what we need to go do for the static fire coming up. 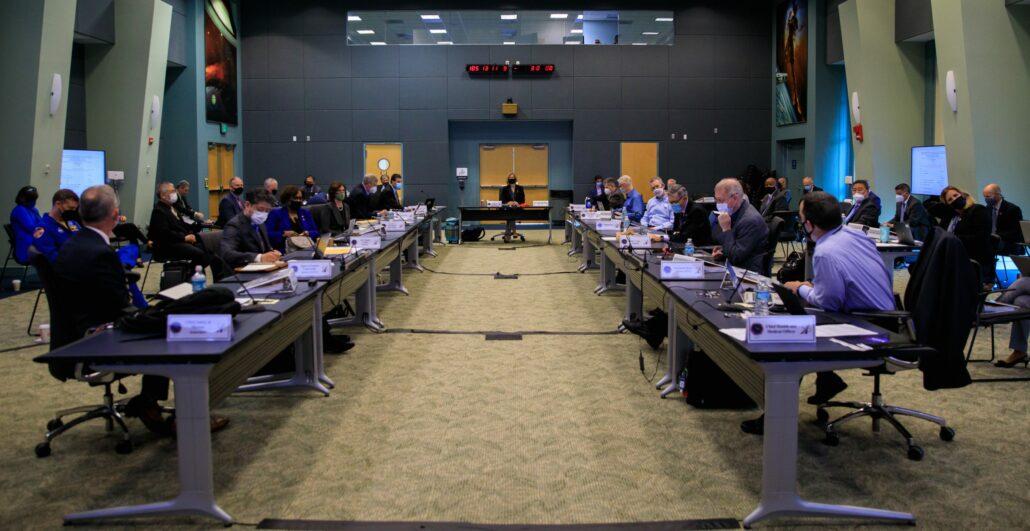 Bill was followed up by Irene Klotz of Aviation Week, who cut to the chase by asking Gerstenmaier about the precise levels of the fuel level mismatch.

In response, the SpaceX executive replied:

He also confirmed later during the conference that the anomaly applies to all of SpaceX's missions so far and is not limited only to the NASA missions.

NASA's associate administrator for human exploration and operations mission directorate, Ms. Kathy Leuders, concluded the conference by expressing her confidence in SpaceX's capabilities. She stressed the need to stay vigilant and promised that the issue would be resolved before the Crew-2 mission's launch readiness review on Tuesday next week.