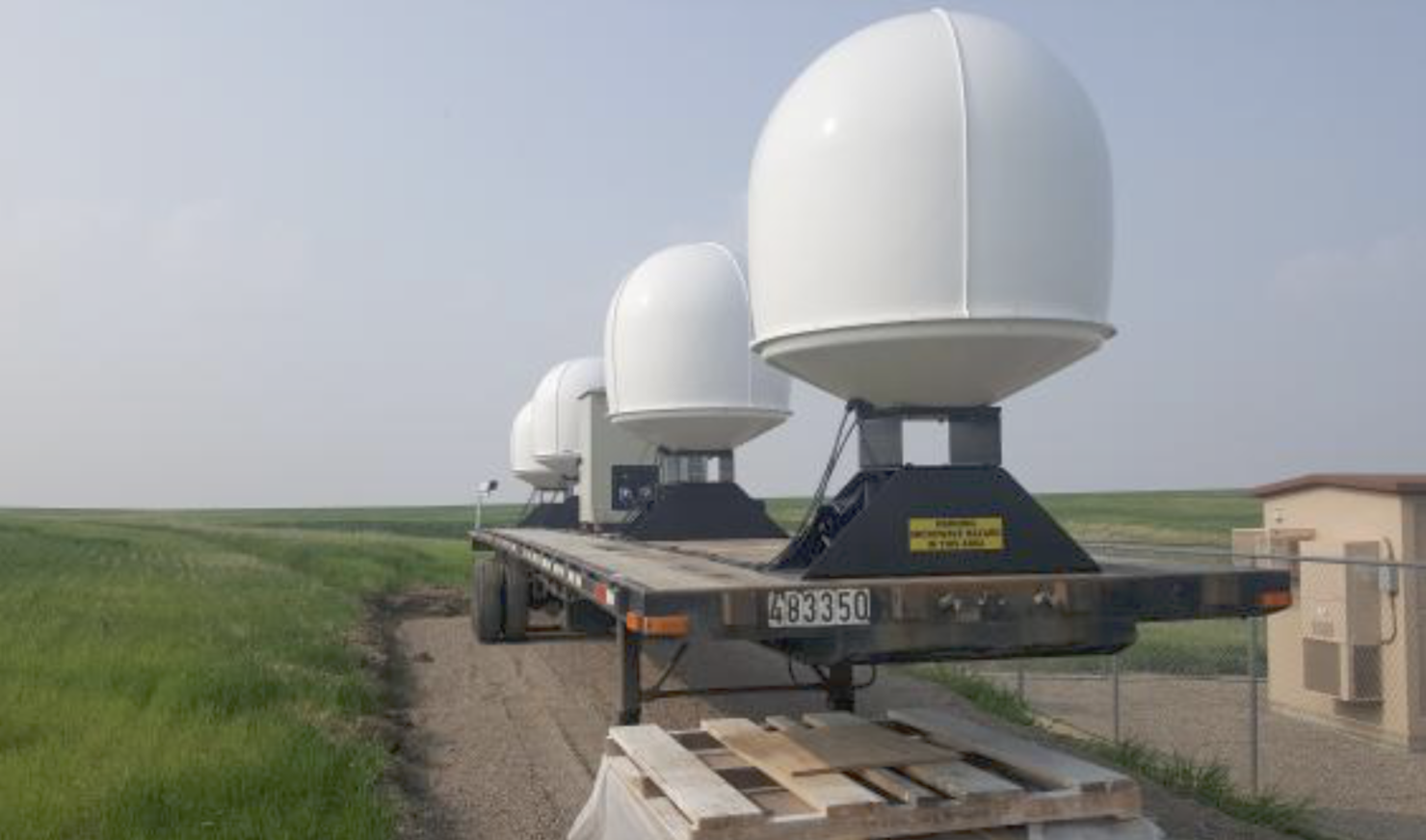 SpaceX's Starlink Earth Station in Conrad, Montana. The company filed for the station's license in August 2019 and the FCC granted its approval a month later in September. Elevation angles for these stations are a point of hot contention between Amazon and SpaceX. Image: villete/Reddit

As another stage of its beta program rolled out earlier this month, Space Exploration Technologies Corp.'s (SpaceX) Starlink satellite-based internet service has managed to achieve a staggering 190 Mbps in download speed. The speed test was conducted by a beta service user living in North-East Montana, who signed up for the second stage of the beta invites. Montana is one of the earliest regions where SpaceX set up its Earth Stations for communicating with satellites and relaying user data to and from internet servers, and the test comes just as SpaceX prepares for the year's first Starlink launch on Monday.

The results, shared on Facebook, reveal that not only was Starlink able to download data at 190 Mbps for a device connected via WiFi, but in other areas, such as latency, the service lacked as it delivered 110 milliseconds of loaded and 58 milliseconds of unloaded latency. Data gathered by PCMag in October last year compared Starlink's download, upload and latency speeds with those provided by HughesNet and Viasat, and the results of the comparison revealed that despite being in infancy, Starlink nevertheless managed to gain a sizeable lead over its competitors.

The tests demonstrated that SpaceX's internet network managed to download data at an average speed of ~80 Mbps, upload it at an average speed of ~14 Mbps and take 42ms to transfer data to and back from an internet server (latency). HughesNet and Viasat managed to download data at ~20 Mbps and ~25 Mbps, upload it at ~2.5 Mbps and ~3 Mbps respectively and achieve latencies of 728 milliseconds and 628 milliseconds, respectively.

The person who conducted today's speed test went on to elaborate that while the result is staggering indeed, it appears to be a one-off occurrence. According to him,

t slowed down after the initial test. Seems to average about 110 now. Today will be a test tho, supposed to have 60mph winds

An average speed of 110 Mbps is still higher than what Starlink achieved in November, and a SpaceX presentation made by head of satellite policy Mr. David Goldman and Vice President of government affairs Ms. Patricia Cooper to members of the Federal Communications Commission (FCC)'s International Bureau also in October provides insight on the reasons behind the increase.

In their presentation, the company executives had stated before the Commission that SpaceX was beginning software upgrades to improve Starlink throughout by 2.5x, and in the next slide, they revealed that the network's software had been upgraded for the aforementioned throughput bump.

Therefore, it's possible that SpaceX has conducted another such update that has allowed one Montana user to experience download speeds that are generally associated with fixed internet providers and never with satellite-based ones.

However, while the company might be smoothly sailing at the download speed front, latency continues to be higher than what its users and it itself would prefer. An unloaded latency of 112 milliseconds is more than double what SpaceX promises in its beta invites, and it also far above the high end of the company's October data (shown above) which sits somewhere in between 60 milliseconds and 70 milliseconds.