SpaceX Valued At $120 Billion By Morgan Stanley Due To Starlink 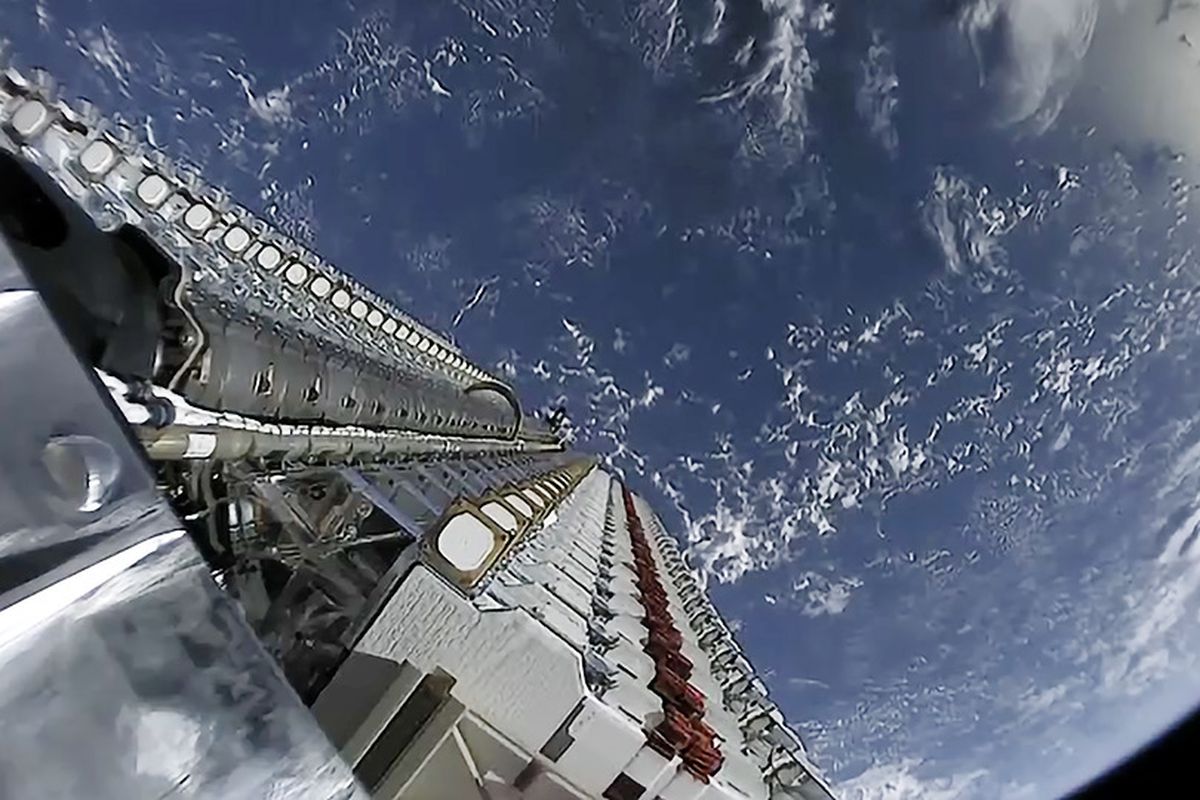 After NASA lost the space shuttle program, things started to look bleak for the US' space prospects. The alternative to the Shuttle was the Russian Soyuz launch vehicles for ferrying astronauts to and from the International Space Station. Soyuz cost the agency $441 million for a seven astronaut flight. SpaceX's Dragon capsule, on the other hand, promises to cut this to one-third, or approximately $140 million.

However, reducing costs of cargo and astronaut transportation aren't Elon Musk's only goals. SpaceX's CEO also intends to create a space-based internet in order to improve accessibility and bring down costs. The project is dubbed Starlink and it's one of Musk's most ambitious plans - except for the Mars mission.

Now, investment bank Morgan Stanley believes that the amount of cash generated by Starlink over the course of the 20 years after an expected launch in 2021 can equal to $120 billion in the best case and a mere $5 billion in the worst. Take a look below for more details.

In a recent research report led by Morgan Stanley analyst Adam Jones, the bank has laid out revenue and cash flow estimates for Starlink. The report highlights three different discounted cash flow based valuations for SpaceX. Through discounted cash flows, analysts estimate future revenues for a company, remove costs and other expenditures and then 'discount' the remainder to what it's worth today.

The three scenarios are based on three individual assumptions:

These result in valuations of $5 billion, $52.7 billion and $121.2 billion respectively. Morgan expects that Starlink will generate SpaceX revenue from six different industries. Out of these, revenue from traditional broadband customers who've switched to satellite internet forms the biggest chunk, and revenue from aircraft connectivity comes in at a distant second.

These estimates suggest that cash inflows to SpaceX courtesy of Starlink will grow aggressively during the first five years of operations. Then, they'll slow down to 6.2% by the end of the evaluation period (2040). 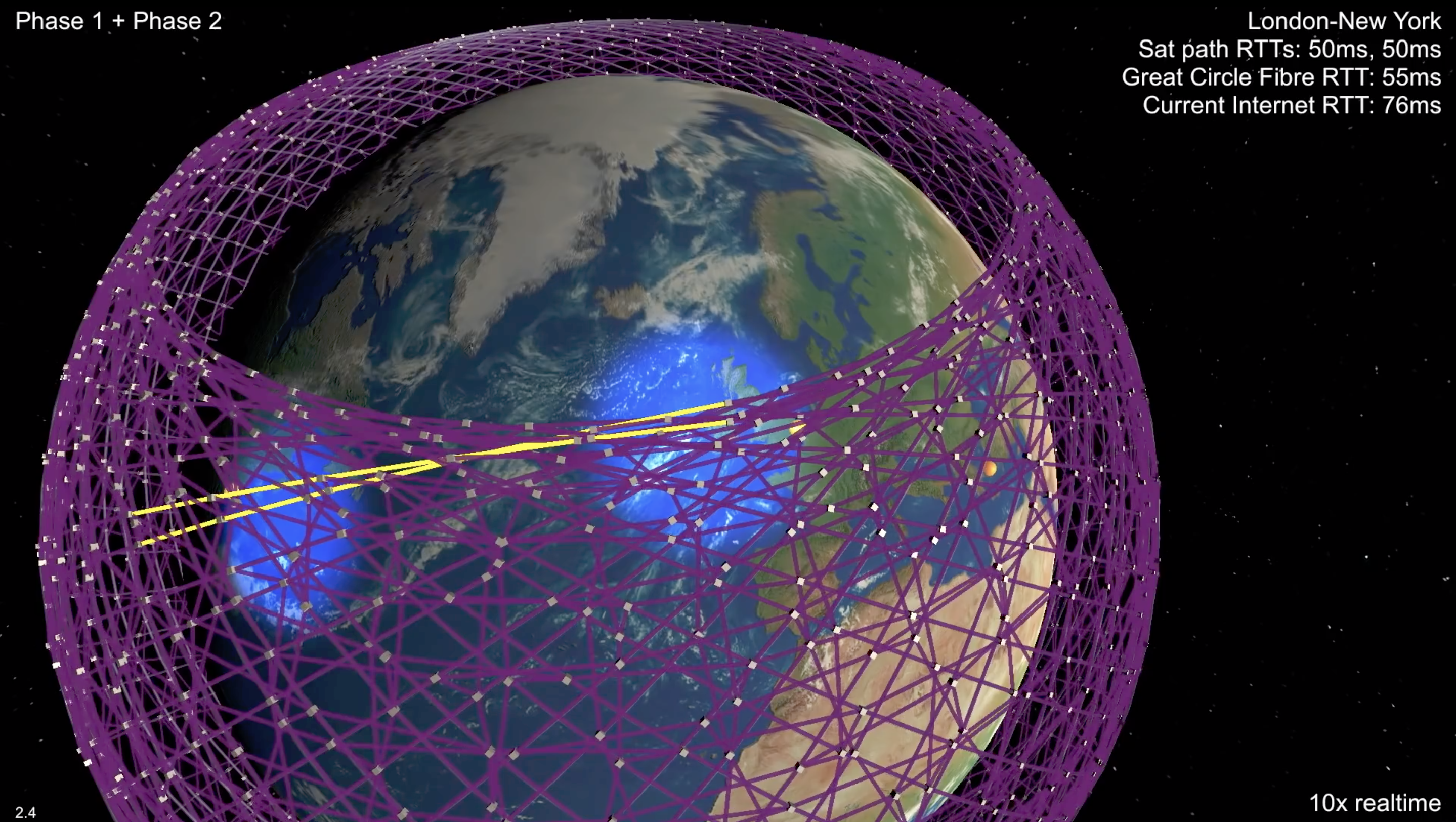 The amount of satellites that SpaceX intends to put in orbit using Starlink is massive. If the company's plans bear fruit, then Starlink will consist of 11,943 satellites orbiting the earth in different orbital shells. For the space-based internet, SpaceX intends to place a constellation of 4425 satellites in an orbital shell at two different altitudes. 1600 of the satellites will orbit the earth at 550km, while 1825 launched later will orbit the planet at 1150km. Both these constellations will cater to the Ku and Ka bands.

Then, once these are deployed, the third (and largest) constellations will enter orbit at just 340 kilometers. Therefore, two of the three orbital shells that SpaceX hopes Starlink satellites will operate in are below geostationary-orbit. This attitude will serve two objectives. First, it will ensure that satellites burn up relatively easily if they're decommissioned. More importantly for SpaceX, the lower altitudes also promise to drive down latencies significantly when compared to current satellite-based internet.

Due to the vast number of satellites making up Starlink's constellations which reduces the distance between two satellites and the fact that satellites will use lasers (five links/satellite) to communicate with each other, SpaceX has the potential to drive down latencies between major cities. The latency between New York and London, as shown above, can be 50ms, less than both current and theoretical best latencies provided by fiber optic cables.

It's important to note that at lower altitudes, a large number of satellites is needed to cover a specific area. This is where SpaceX's launch capabilities will come into play; after all, its competitors OneWeb, Telesat and Space Norway do not have their own boosters. SpaceX, on the other hand, will drive down launch costs significantly and be able to put a larger number of satellites in low-earth-orbit faster than its competitors can. This, in turn, will help reduce latency and help the company take away market share from traditional internet providers - as assumed by Morgan Stanley.