SpaceX Crew Dragon, Crew-1 Astronauts To Set 8 Records As They Blast Into Space! 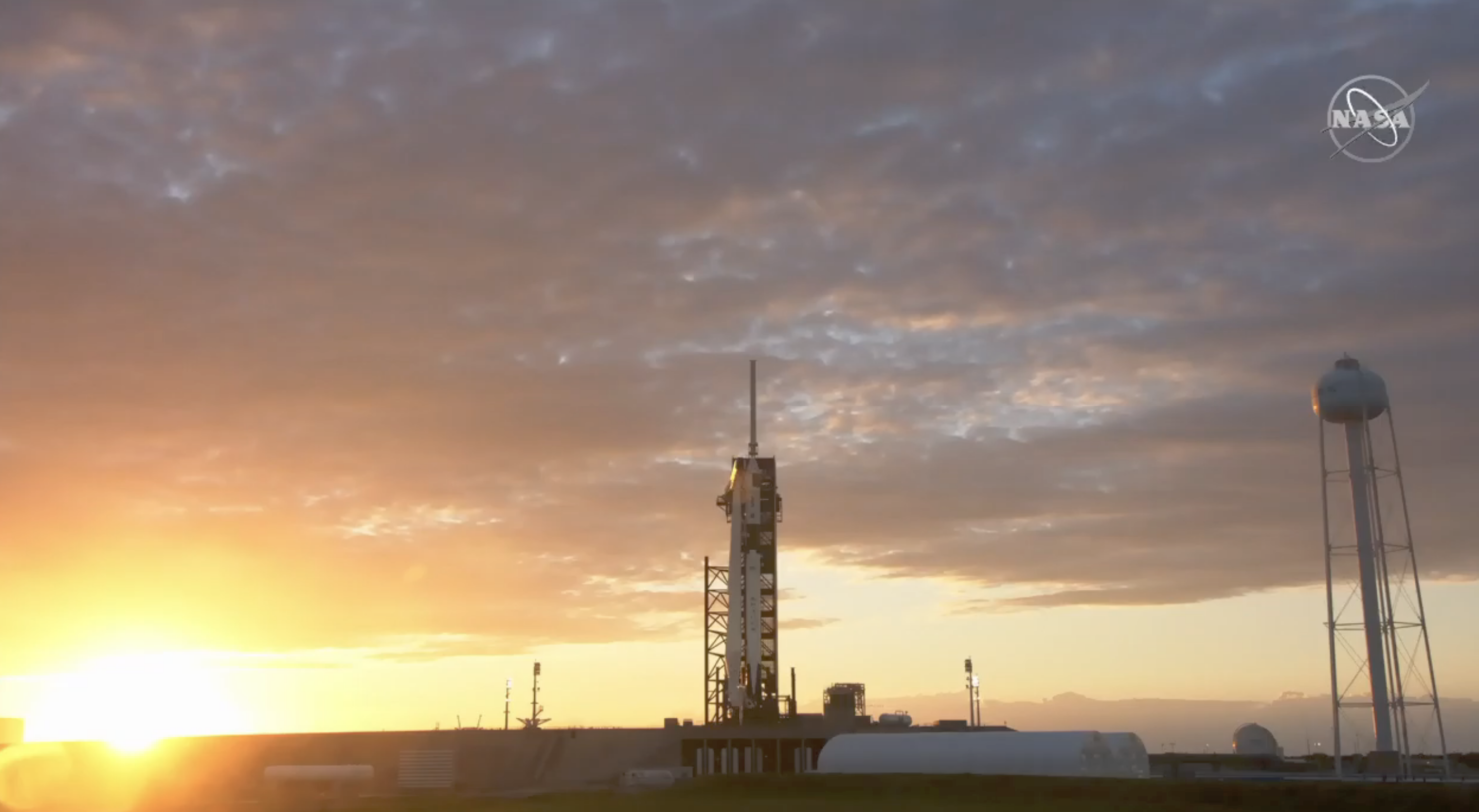 The SpaceX Crew Dragon and Falcon 9 vehicle at launch complex 39A at NASA's Kennedy Space Center at the backdrop of a beautiful Florida sunset earlier today at 17:21 ET. Image: NASATV

SpaceX and NASA successfully launched the Crew-1 mission onboard the former's Crew Dragon spacecraft from the Kennedy Space Center in Florida at 19:27 ET today. The launch officially kicks off NASA's Commercial Crew Program (CCP) as it propels four astronauts to the International Space Station (ISS). As part of its mission, not only does the spacecraft kickstart the series of missions that NASA hopes will enable the development of a Low Earth Orbit (LEO) economy, but it and its crew members also set new records due to the unique nature of today's launch.

While the Crew-1 mission's preceding launch Demo-1 became the first mission to launch astronauts from U.S. soil to the ISS since the end of NASA's Space Shuttle program in 2011, the nature of the mission itself limited what it could achieve. While the Demo-1 Crew Dragon Endeavour became the first commercial spacecraft in human history to carry a crew beyond Earth's gravity, its successor build on this success and allows the spacecraft lineup and the Crew-1 crew to set eight new records as part of today's launch and their six-month-long mission on the ISS.

The first two records are set by the Crew Dragon vehicle itself. Through these, the spacecraft becomes the first commercial crew vehicle in human history to fly four crew members to orbit. It also becomes the first capsule spacecraft to fly with four crew members to space. Onboard the Crew Dragon today are NASA astronauts Michael Hopkins, Shannon Walker and Victor Glover and Japanese Aerospace Exploration Agency (JAXA) astronaut Soichi Noguchi.

As she flies on the Crew-1 mission, astronaut Walker becomes the first female astronaut to fly on a commercial spacecraft to bring the total tally of records to three. At this front, she is joined by Noguchi who sets two records through the Crew-1 mission. By being a part of today's mission, the Japanese astronaut becomes the first NASA international partner astronaut to fly on three spacecraft - namely Crew Dragon, the Space Shuttle and the Russian Soyuz spacecraft. 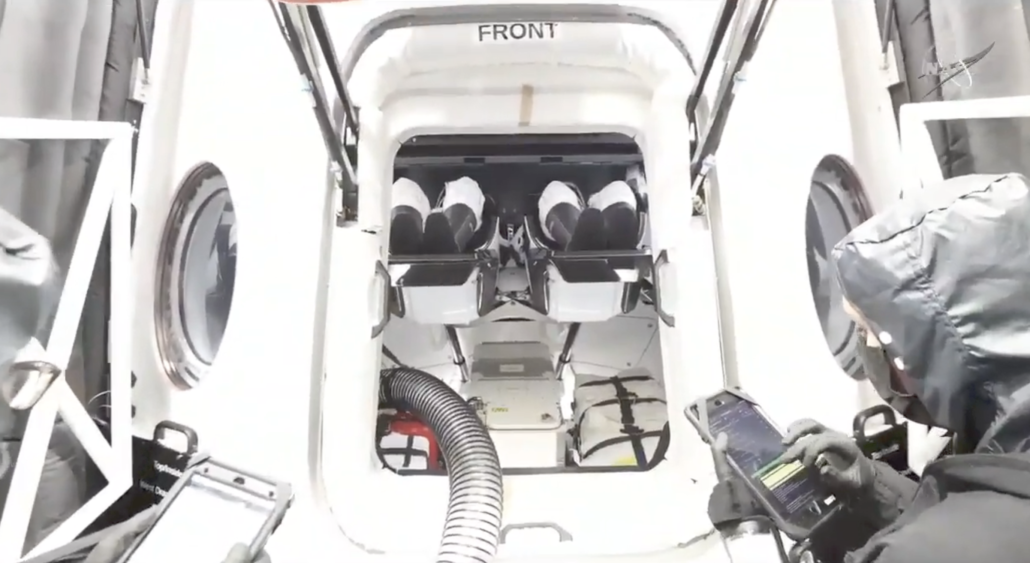 NASA astronaut Michael Hopkins (right) and Victor Glover (left) visible from outside the Crew Dragon Resilience earlier today. The spacecraft's seats have moved into place to allow the crew to access and use its touchscreen displays. Image: NASATV

Additionally, simply through flying on today's mission, the JAXA astronaut allows SpaceX's first crew spacecraft to set its third record, as Crew Dragon becomes the first commercial crew vehicle to fly an international, non-American astronaut to space and to the ISS. Noguchi is joined by Glover who himself sets two records via the Crew-1 mission. By flying on the SpaceX vehicle today, Glover becomes the first African American astronaut to fly onboard a commercial spacecraft. For his second record, he will also become the first astronaut of color to complete a long-duration mission on the ISS once the crew reaches their destination tomorrow.

Finally, Michael Hopkins, a colonel with the United States Space Force and the commander of today's mission, will officially become the first flight test engineer to command a spacecraft. NASA's decision to entrust this historic mission to an engineer and not to a pilot speaks about the agency's faith in the Crew Dragon capsule's flight computers, which require lesser input than the Space Shuttle did for maneuverability. Additionally, the Dragon's mission profile is also smaller than the legacy spacecraft, which not only let NASA and the United States Air Force deploy satellites but also required its crew to jettison a bulky external tank.

Following today's liftoff, Crew Dragon will take roughly 27 hours to reach the ISS following which it will dock with the orbiting body's Node 2 forward port shortly before midnight Eastern Time or at 04:00 GMT.