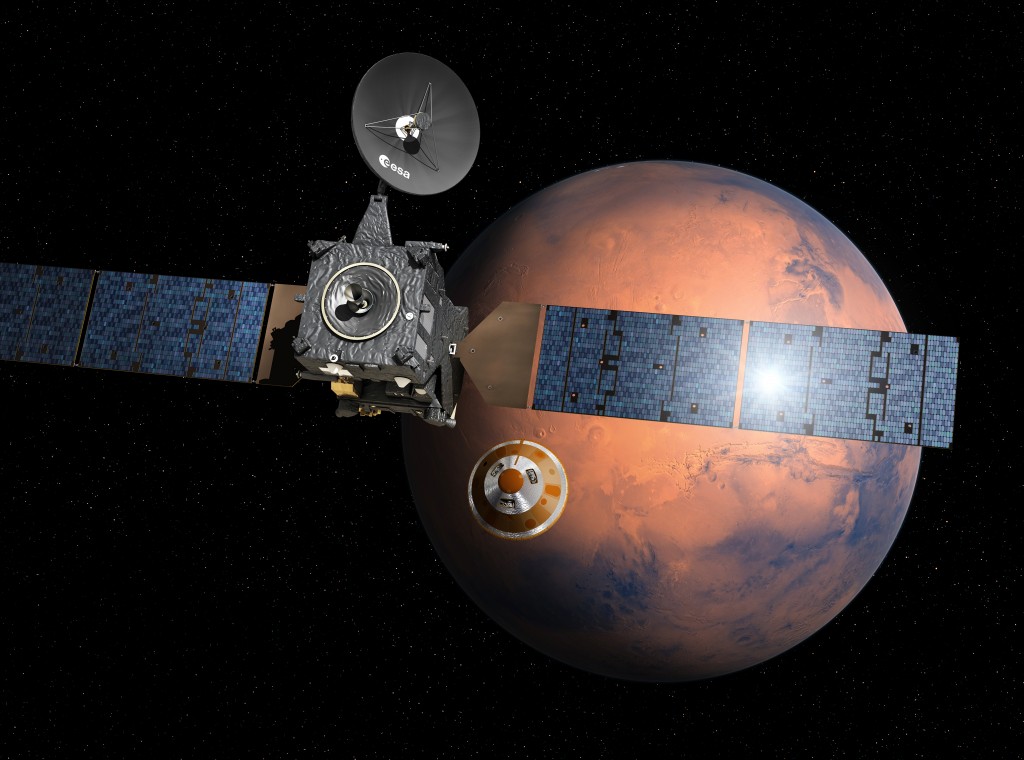 Here is some exciting news for all those who are crazy about the Red planet. Apparently the European Space Agency has teamed up with Russia’s Roscosmos program and they will be landing an aircraft on Mars on Wednesday the 19th of October. If they are able to do this successfully, the agency will be joining NASA as one of the only agencies who have successfully landed a spacecraft on Mars. Things don’t end here, if this quest is successful, it may lead to another to search for life signs on Mars. In case of a successful landing, the agencies will put one spacecraft into the planet’s atmosphere and one onto the surface. This will allow researchers with an amazing opportunity to look at the intricate details of both the surface of Mars and the atmosphere.

The tricky takeoff and touchdown

The planning is complete and on 16th October the joint Russian-European Exo-Mars spacecraft will be able to divide into two bits, the ‘Trace Gas Orbiter’ (TGO) and the ‘Schiaparelli Lander’. The orbiter will move into the planet’s orbit, whereas, the Lander will have three days to prepare for a perfect and well planned landing. Onboard radar will be used to measure the height of the Schiaparelli Lander above the surface of Mars. It will start at approximately 7 km above the surface of the planet and when it reaches to above 2 meters above the surface, the landing apparatus will become active. At this point of the journey, the Lander will have to eject the front and back ‘aeroshells’. These heat-shielded shells are designed to protect the spacecraft from the pressure, heat and debris found in space and is also responsible for the operation of descent sensors and positioning the braking parachute. If you think this is too much I would like to add another aspect here. Three different groups of propellants, hydrazine thrusters, will also be required to control the touchdown speed of the spacecraft.

Honestly, this sounds like a very tricky takeoff and I am sure all of you are wondering the same thing. Michel Denis, the European Space Agency’s flight director explained that just uploading the instruction to the ExoMars spacecraft was in fact an achievement of its own. He said, “Uploading the command sequences is a milestone that was achieved following a great deal of intense cooperation between the mission control team and industry specialists.” Well this means that the entire landing will be executed by a computer onboard the spacecraft and not by the mission control. This will no doubt be a very technical yet a very thrilling experience. This showdown will be a nail-biting experience and will be witnessed next Wednesday. 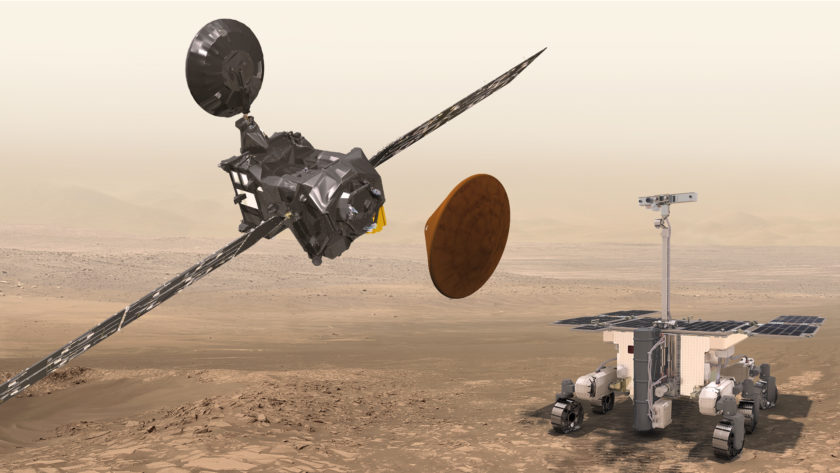 "The entire sequence is pre-programmed, and Schiaparelli only has one shot”, Addie Stone reports for Gizmodo. "There are no do-overs should anything go wrong." Well now there is a warning in this statement itself. If anything goes wrong, if the angles are slightly wrong, there is big risk that the Lander will either free-fall too fast and burn up or it may bounce back into space. This doesn’t sound very good. To further add to this, it must be kept in mind that in the past both Russians and the Europeans have tried to do achieve successful Mars landings separately and unfortunately all such occasions brought great disasters. Well this doesn’t sound very good to the ears does it? But is it possible that they can pull this off together? After all unity is strength right? 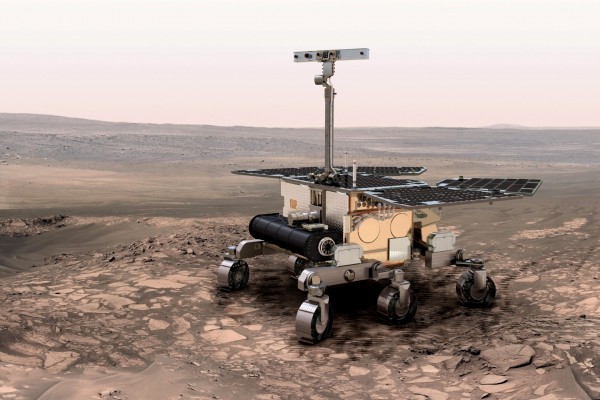 This ExoMars mission has been split into two parts. The first part consists of next week’s landing and the second part is scheduled to take place in 2020. The latter project will involve a Lander built by Roscosmos, delivering the ESA- built ExoMars Rover to Mars. This Lander is currently being referred to as the ExoMars 2020 surface platform. If everything goes well, and I am badly hoping that it does, we will have two rovers on Mars soon enough! If Martian life does exist, these little robots will find those signs and report back to us. The landing has been scheduled for 2:48pm GMT on Wednesday, October 19 (That's 4:48pm CEST or 10:48am EDT on Wednesday, or 1:48am AEST on Thursday) so stay tuned for more updates!