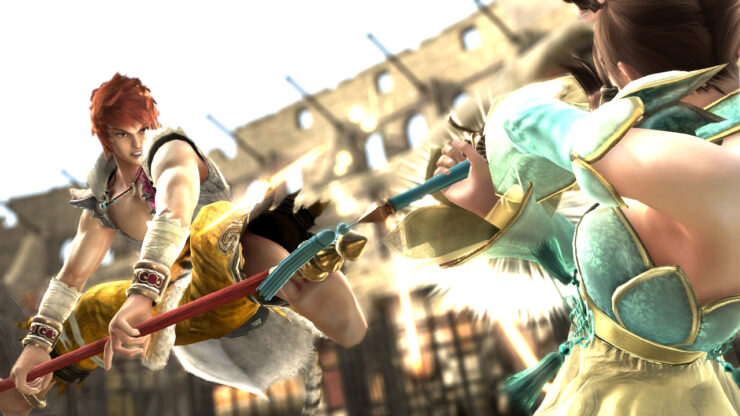 The Soulcalibur series, the fighting game series developed by Bandai Namco, has been away from the spotlight for quite some time, but fighting games fans haven't forgotten about its unique features. The series' 20th anniversary is coming up, and it seems like Bandai Namco is planning to celebrate it in style.

Earlier today, a new Soulcalibur series 20th Anniversary video has been made available online, showcasing all of the entries in the series starting from the original Soul Edge up to Soulcalibur Lost Swords. At the end, the video reminds us that the Legend will never die, so there's a good chance that a new release might be coming.

The Soulcalibur series 20th Anniversary video isn't the only thing that seems to be teasing a new game. Recently, a new Project Soul website, which currently doesn't include anything, has been discovered, hinting that the publisher may be getting ready for an announcement.

The latest main entry in the Soulcalibur series is Soulcalibur V, released a few years ago on PlayStation 3 and Xbox One. The game featured a variety of play modes, such as Story Mode, Quick Battle Mode and a variety of multiplayer modes as well as plenty of new characters, including Ezio Auditore from the Assassin's Creed series.

With the Soulcalibur 20th Anniversary video now out, it shouldn't take long for an announcement to come in, if a new game is indeed in the works. We will keep you updated on the matter as soon as more comes in on it, so stay tuned for all the latest news.