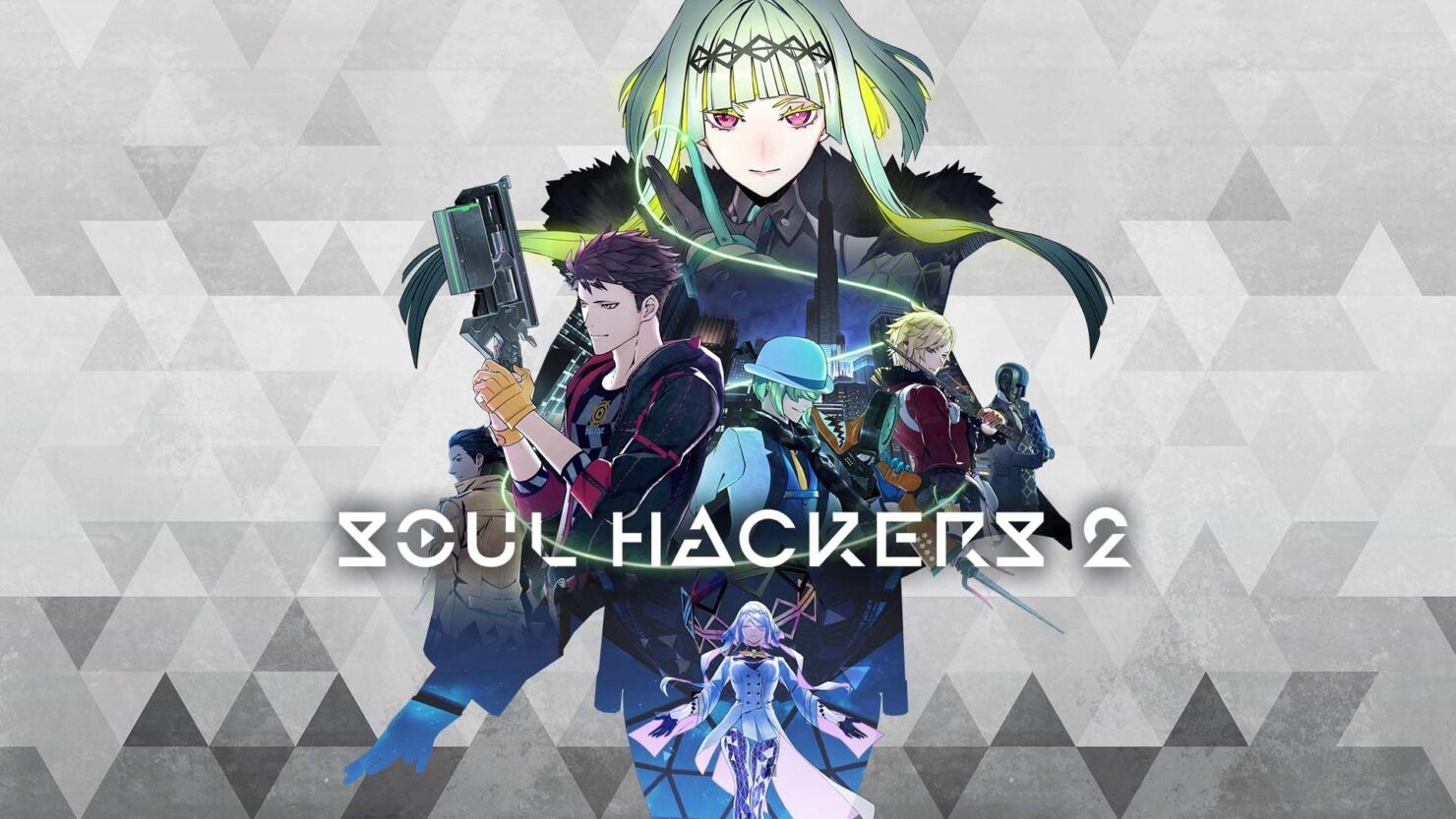 Atlus’ latest installment in their storied demon-summoning RPG series comes by way of the Soul Hackers series, a title that follows up a Shin Megami Tensei spinoff that had otherwise been relatively unknown outside of the motherland of Japan. Based in a version of Tokyo where humans and demons work alongside one another, it’s a spin on the familiar tale that’s not nearly as apocalyptic as the mainline Shin Megami Tensei series.

For my brief hands-on with Soul Hackers 2, I picked up the controller as a Ringo already around level 15, indicating that this was well after the combat and fusion tutorials that introduced this specific title.

My Atlus guide wanted to emphasize that the cast of Soul Hackers 2 is aged up and well out of high school. When taking some free time to speak with your fellow party members and build a rapport (Soul levels mark this title’s version of Confidants and Social links), the party member I spoke with shared a few choice words regarding beer and their drinks of choice. With most Shin Megami Tensei titles focusing on the trials and tribulations of a high schooler (save for Strange Journey and a few select other entries), it’s a refreshing change of pace to not have to worry about which characters in your party are under the age of 18 and could lead to some troublesome commentary.

The world of Soul Hackers 2 and Shibuya should feel immediately recognizable to fans of the series, not just in location but also in the way the world is presented. The singular town demonstrated in the Soul Hackers 2 preview is segmented by way of a menu that players make their selections for, from shopping malls to demon-summoning circuses to the subway dungeon that runs beneath the city streets. Upon selecting, Ringo is transported to a smaller area where she can freely roam and talk to passing NPCs before heading into her shop or final destination. The equipment shop I stepped into was another menu with the typical flair for buying and selling that later Persona titles developed their own signature style for. Soul Hackers 2’s motif is largely that of the neon greens and greys that make up Ringo’s design, much like Persona 5 leaned heavily on the contrasting blacks and whites amidst a splash of red.

Summoning demons at the circus ringleader fits perfectly with the typical Shin Megami Tensei line. Based on the demons currently on hand, Ringo can combine any two to create a brand new demon, picking a selection of skills from the combined demons (the player can start with a maximum of four skills, which Atlus mentioned that there would be ways to expand how many skills transfer over and I could see a slot for at least six skills, if not a possible eight later on). There are also Special Fusions that take multiple specific demons to fuse. After a quick spelunk in the subway area, I recruited a Jirae-type demon that I was missing from my roster, returning to summon a Take-Minekata that was just under Ringo’s current level. If you’re unsure of what demons to fuse for your party, there’s even a recommended list that shows three demons that would be a good fit for your current level based on those currently in your party.

It isn’t just Ringo that has access to summoning demons with her COMP, Soul Hackers 2’s version of an Evoker that doubles as their primary weapon. All four party members could freely equip one of the demons in Ringo’s roster, and it’s wise to match similar elemental types to what that character’s COMP is suited for.

In addition to only a handful of gear slots, the COMP for each party member will be upgraded over time. By visiting the requisite shop and investing cash and demon materials, players can permanently upgrade their COMP with additional stats or elemental affinity boosts. These upgrades are all permanent, and Atlus didn’t want players to feel like they have to pick and choose a limited number of times. With enough grinding, players can purchase every upgrade they see in the shop for that character’s specific COMP.

Recruiting demons is a bit of a different affair in Souls Hackers 2. While Persona fans might be accustomed to negotiating and bribing demons to stop fighting and instead join their roster, adding a new demon to your party is a much simpler affair this time. Rather than seeing demons in battle, demons randomly pop up around the dungeon map as points of interest. Speaking with a demon outside of combat (this ties into the Demon Recon system that’s a major part of Soul Hackers 2) serves as the basis for negotiation. I still had to pay up an item or two to recruit a demon, but I didn’t have to worry about the stress of failing a negotiation and losing my turn of combat.

Combat likewise is relatively streamlined as well. Each team (four on the player’s side versus however many demons you’re facing) takes turns as a group. Ringo’s team showed a turn order on their portraits, and there wasn’t anything like the Press Turn system that would give party members an additional action for striking an enemy’s weakness. Instead, effective attacks work to build up the Stack system. Atlus wasn’t ready to go too in-depth with this system, but they did mention that the counts could go relatively high, while some boss attacks may reset the Stack down to a starting level.

Elemental weaknesses and strengths were simplified in Soul Hackers 2, offering only six core affinities to manage. In addition to your core elements and physical/gun, there’s also a Ruin type of damage. A skill like Dormina, which traditionally only puts enemies to sleep, also deals a minor amount of Ruin damage. Whether Almighty attacks or something similar that evades all of these affinities is in Soul Hackers 2 is something that Atlus wants fans to check out for themselves.

Soul Hackers 2 isn’t far out for release, as players can get their hands on Atlus’ latest demon-summoning JRPG across PlayStation 4, PlayStation 5, Xbox One, Xbox Series S|X, Nintendo Switch, and PC (Windows Store and Steam) on August 25th, 2022. In the meantime, check out the original Soul Hackers title on Nintendo 3DS.