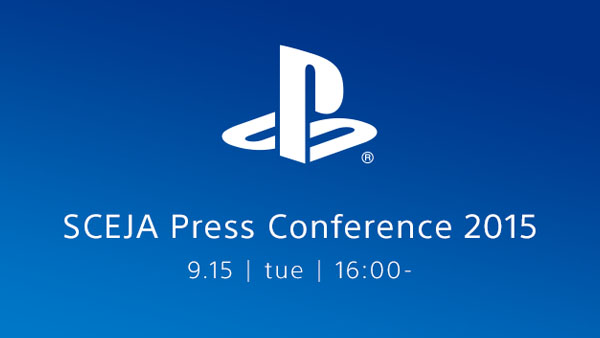 They didn't disappoint, showcasing many new games for PlayStation platforms. We have compiled the most important information below.

The name ‘PlayStation VR’ not only directly expresses an entirely new experience from PlayStation that allows players to feel as if they are physically inside the virtual world of a game, but it also reflects our hopes that we want our users to feel a sense of familiarity as they enjoy this amazing experience.

We will continue to refine the hardware from various aspects, while working alongside 3rd party developers and publishers and SCE Worldwide Studios, in order to bring content that deliver exciting experiences only made possible with VR.

In terms of content for PlayStation VR, it was interesting to notice Final Fantasy XIV in the lineup, though no other information was provided by either Sony or Square Enix. 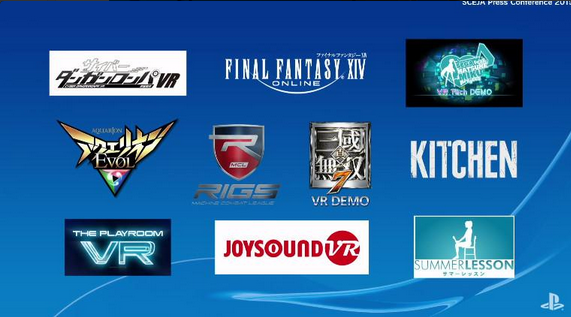 Sony made several announcements regarding first party titles. First of all, a new Hot Shots Golf (also known as Everybody's Golf) is coming to PlayStation 4 in 2016.

Moreover, the Gravity Rush franchise is also moving to PlayStation 4. Gravity Rush Remastered will be released on February 9, 2016 with graphics and performance improvements over the PS Vita version; it's also going to include all the available DLC.

An entirely new adventure of Kat & her friends awaits you in Gravity Rush 2, scheduled for release in 2016.

Many other studios also took the stage to present their games. Square Enix revealed the Japanese release date of Star Ocean 5: Integrity and Faithlessness, which will launch on February 25, 2016 for PS3 & PS4.

They also announced that Dragon Quest Builders, a new Minecraft-inspired spin-off, will launch in Japan on January 28 for PlayStation 3, PlayStation 4 and PS Vita.

Kingdom Hearts 2.8 was also presented; you can check all the details in our dedicated story. Finally, here's the new trailer for World of Final Fantasy.

Koei Tecmo showcased two projects. One is the sequel of Toukiden Kiwami, which was met with critical praise once it released; details are still scarce, but you can expect an open world this time around.

The game will release on PlayStation 3, PlayStation 4 and PS Vita; there's no mention of a PC version yet, but since Toukiden Kiwami eventually released on Steam there might be chances for this sequel as well.

Even more interesting is perhaps the resurrection of Ni-Oh, an action RPG first announced at E3 2005. Ten years later, the project is being resumed as a PlayStation 4 exclusive and clearly the combat system seems to borrow from Dark Souls, while the main character looks a bit like Geralt of Rivia.

Team Ninja, the studio which created Dead or Alive and Ninja Gaiden, is behind this; more details here.

SEGA announced two Yakuza projects. One is the remaster of the first Yakuza and it will be available in Japan from January 21, 2016 for PlayStation 3 & PlayStation 4; the second one is Yakuza 6, a new PS4 exclusive entry which is due for a Japanese launch in Fall 2016 .

From Software talked about Bloodborne, which has surpassed 2 million sales and will receive a DLC titled The Old Hunters.

This expansion will tell the story of those legendary hunters referenced in the main game; players will be able to get new weapons, new magic and new outfits. The Old Hunters DLC is out on November 24 and priced at $ 19.99/€ 14.99/£ 11.99.

Capcom also announced a new game, Umbrella Corps. You can read everything about it in our dedicated story.

Finally, Spike Chunsoft showed the first trailer for Danganronpa 3, which will release on PlayStation 4 and PS Vita.

Some gamers were a bit let down with Sony's announcements in 2015 so far after a decent, but not great E3 and their no-show at Gamescom.

However, the company has simply spaced their news. This TGS 2015 conference shows that they are serious about showcasing games in relevant locations. They decided to be at Paris Games Week in late October and it's almost guaranteed that there will be news about PS4 exclusive Wild and Quantic Dream's PS4 project, since both teams are based in France.

Moreover, there's also this year's PlayStation Experience event in December, where we might hear something from Sony Santa Monica at long last. One thing is for sure, PlayStation gamers can look forward to a bright 2016 & beyond.