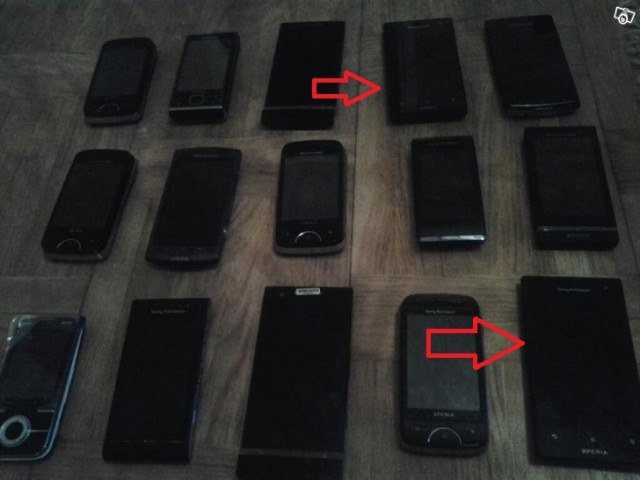 Sony is still fresh from their newly announced Xperia line of phones in CES 2012 but in the smartphone world that is now yesterday's news. The focus is now on Mobile World Congress 2012 and already two new unannounced Xperia handsets have been leaked. On the picture above the phone on the bottom right is Xperia Nypon. It looks a lot like the recently announced Xperia S but underneath it differs somewhat. It's based on the NovaThor U8500 chipset and has a 4.0" qHD display with a 8MP camera capable of 1080p video recording.

The one on the top is codenamed Kumquat which looks like a Xperia Mini successor. It has a 3.5" LCD with FWVGA resolution. It has a 5MP camera on its back with 720p video recording.

With MWC coming up in a month, it looks like we'll see some new handsets with the 'Sony' brand.