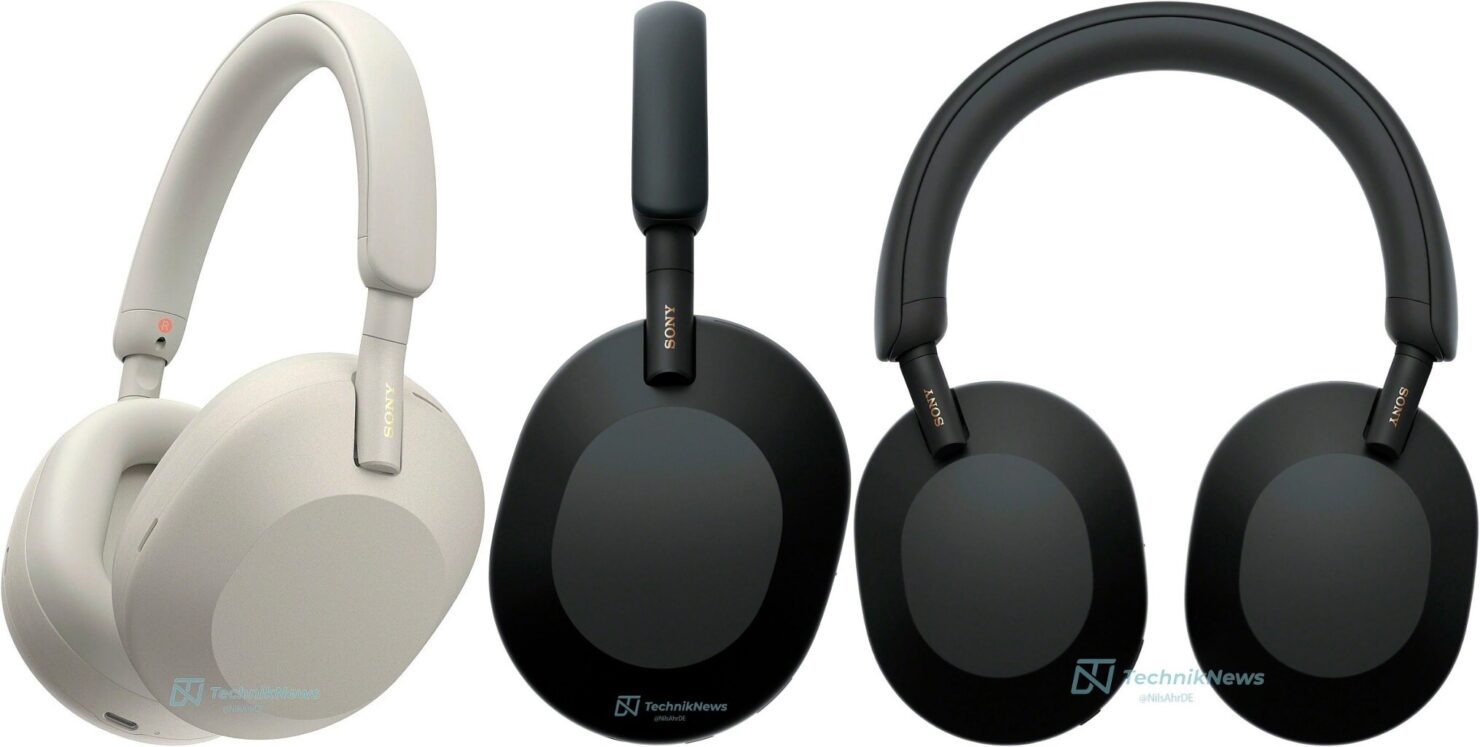 Sony is currently known for making some of the best noise cancellation headphones among other things. The current flagship WH-1000XM4 is the best wireless headphones that you can buy. however, Sony might be gearing up for the Sony WH-1000XM5, and based on the rumor, we finally have a complete look at the upcoming flagship headset as well as some information on what might be changing.

TechnikNews has shared some high-quality press renders of the Sony WH-1000XM5, the renders showcase the new design of the headphone in their glory. While the WH-1000XM4 looked the same as its predecessor, with the new one, we are looking at some notable changes; the design this time around is a lot cleaner and minimalist, as well.

You can look at the renders below.

The Sony WH-1000XM5 appears to have larger earpads and the headband looks to have thicker padding. This means that the newer model should be more comfortable to wear. The on-off switch has been replaced by a slide, while the "Custom" button has been renamed to "NC/Ambient." The leak suggests that the headphones will be available in Black and Silver.

As far as the specs are concerned, the Sony WH-1000XM5 will offer up to 40 hours of battery life with ANC, that's 10 hours more than the predecessors. However, the charging time has increased this time around as the headphones will take 3.5 hours to fully charge. We can also expect a better performance of the ANC, as we are told that the new headphones use two dedicated chips and three microphones for noise cancellation. The headphones also support Bluetooth 5.2 connectivity, a 3.5mm jack, and a USB Type-C for charging.

At the time of writing, there is no word on when Sony plans on unveiling the WH-1000XM5 but they certainly look a lot more compelling in terms of looks and performance.