It would seem that Sony is again surveying for player's interests. Judging from the available survey options, the company has been paying attention to what their customers want. 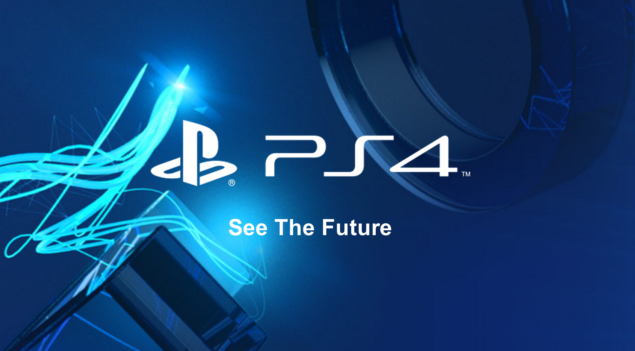 Neogaf user Saint of Killers posted that he received an invite from Sony to participate in a survey. According to the poster, the survey started with a blank box, asking for suggestions. Towards the end of the survey however, option fields popped up, asking for participants most desired features. To wrap up the survey, the participant is asked when he/she would expect Playstation to release the next big System 4.0 update. 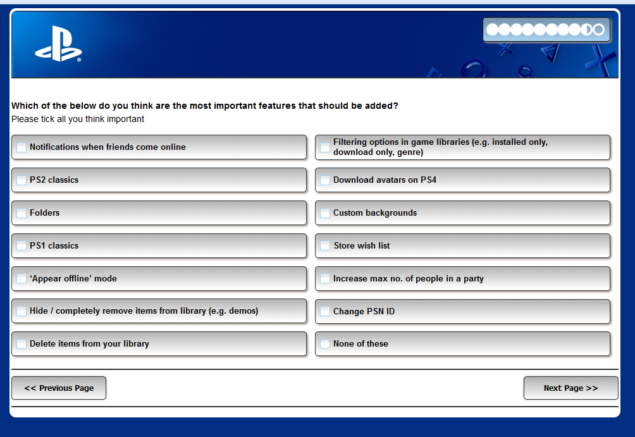 According Saint of Killers, the survey is available only for those who get invited by Sony. Interesting features mentioned include custom backgrounds, folders, changing PSN id, and PS1/PS2 classics. 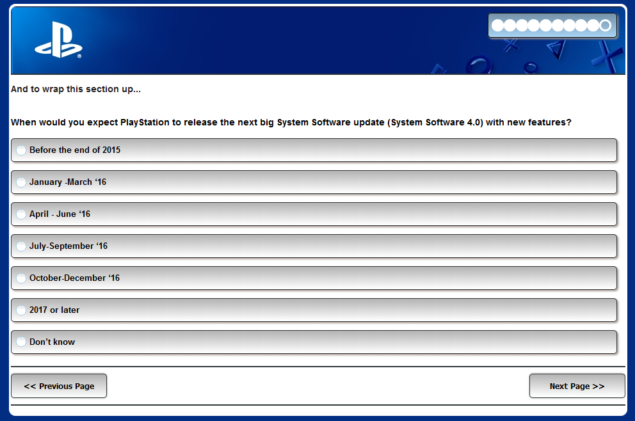 Last month, Sony was also surveying for player's  interest - to celebrate the 20th anniversary of Playstation, a survey was created, asking for player's favorite game pre-PS4. Available choices included titles such as Wipeout, Gran Turismo, Jak & Dexter, Socom and Spyro (among others).

In the gaming industry, surveys are often used to measure interest in a certain feature or title. Surveys and polls have proven to be very effective when it comes to future content as well.