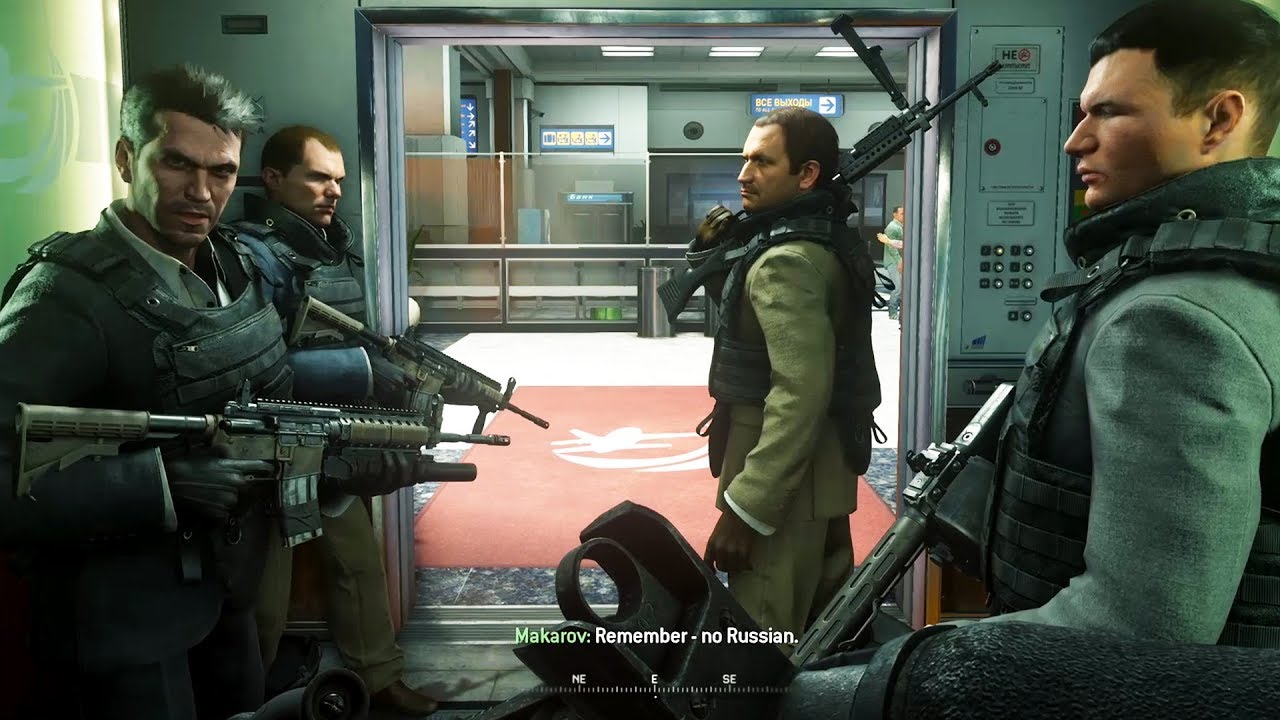 As covered yesterday, the Call of Duty Modern Warfare 2 Remastered campaign will be timed-exclusive for PlayStation 4 for one month before releasing on Xbox One and PC, but as it turns out, the remastered title won’t be coming out on PlayStation 4 in Russia at all, for the time being.

The news comes from the official Russian Call of Duty Twitter account, which tweeted that Sony Interactive Entertainmant has decided that the game won't be sold on the Russian PlayStation Store.

"Call of Duty: Modern Warfare 2 Campaign Remastered is a completely fictional 2009 campaign, recreated in HD quality", the translated tweet reads. "SIE decided not to sell the game in the Russian PS Store. We look forward to the release of the game in digital form for the PC in http://Battle.net and on Xbox consoles."

Sony Russia's refusal to release the remastered Modern Warfare 2 campaign is most likely related to the controversial "No Russian" mission, in which players control an undercover CIA agent who takes part in a mass shooting to gain the trust of a Russian terrorist cell at an airport in fictional Moscow. In the Russian version of Modern Warfare 2, the mission was pulled from the game’s campaign mode.

“The most memorable reaction was from an enlisted gentlemen who immediately put down the controller and left the room”, level designer Mohammad Alavi said during an interview in 2016. “He said he wouldn’t play that level. He would play the rest of the game, but not that level. That’s where the decision to make it skippable came from. We didn’t want anyone interested in the rest of the game to be blocked by something they found morally wrong.”

Call of Duty: Modern Warfare 2 Remastered is available now for PlayStation 4. The game will release for PC and Xbox One next month.