Sony has officially released PlayStation 4 unboxing video to show the customers what would they be getting in the box of their next generation console by Sony. The video is quite weird, featuring a secret agent standing in a room full of sci-fi technology and blinking lights with his hands on the mighty PlayStation 4, once again Sony has done it well. 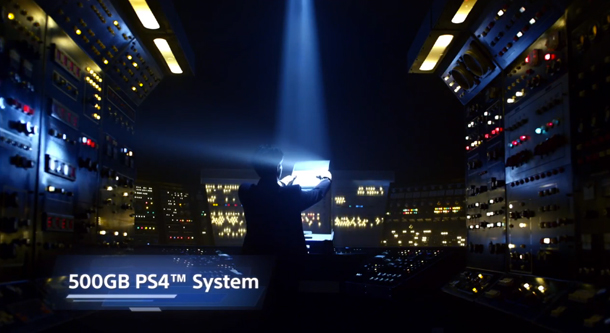 Sony’s PlayStation 4 would be launching later this month, it is important for Sony and Microsoft to give the customers what they want form the companies now, which is nothing else than more PlayStation 4 and more Xbox One stuff. Following Microsoft’s Xbox One unboxing, Sony has also released PlayStation 4 unboxing video, or some thing that is said to be an unboxing video.

Electro Music and a mysterious man wearing suspicious leather gloves standing in a room that is fully equipped with a lot of lights and sci-fi machines, probably ready to engineer space ships. Well that looks more like showcasing of some extraterrestrial stuff, and what is that in the spotlight? A futuristic piece of hardware from the outer world? You guessed it right. It is nothing else than what everyone is here for, PlayStation 4 ready to be unboxed and for the mysterious man, who else could it be than the President of Sony's Worldwide Studios, Shuehei Yoshida. Sony took PlayStation 4 unboxing very seriously, or lets just say that this is Sony’s typical marketing style.

PlayStation 4 unboxing video shows a North American 500GB version of the console and the box contents out of its wraps, the box includes a quick start guide, one DualShock 4 controller, an HDMI cable, AC power cord, mono headset and a USB cable. A $10 credit voucher for PlayStation Store is also included.

PlayStation 4 would launch on November 15 in North America and November 29 in Europe.