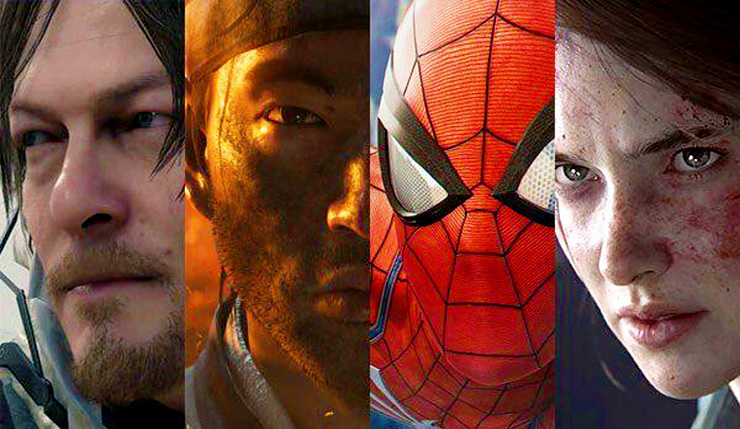 SIE Worldwide Studios produce some of the best games in the world. In just the last year they’ve released games like God of War, Uncharted: The Lost Legacy, and Gran Turismo Sport, and more surefire hits like Spider-Man, Ghost of Tsushima, and The Last of Us Part II are on the horizon. What’s the secret to Worldwide Studios’ success? How do they choose which games to make? Sony Worldwide Studios boss Shawn Layden cast some light on that question in a recent interview with VentureBeat:

“‘First, best, or must.’ [Your game] has to fulfill at least one of those criteria, preferably two.

First means creating a first of its kind game — a genre that doesn’t exist, a market that hasn’t been actualized yet. That’s an obligation for us as first-party development. We’re not here to create games that steal market share from other publishers. Because we manage the platform, it’s not to steal pieces of the pie. It’s to grow the entire pie. If you create a new genre like Parappa the Rapper did — rhythm action gaming, who know that would be a genre? Soon coming out of our studios, a game called Concrete Genie, a new form of entertainment we haven’t seen before. If you can fulfill that at a Worldwide Studios level we’re interested in that project.

Must is probably the other thing that reflects our position as first-party development attached to the platform. There are some games we must do, even if initially the profitability might be hard to make. For example, an easy one for that is PSVR games. We need games to move the platform. It’s a chicken and egg thing. So at Worldwide Studios we took on a number of PSVR projects in order to support the launch of that platform and getting it off the ground.”

As if the above quote wasn’t clear enough, Layden specifically noted Sony doesn’t want to take the Nintendo route – they’re not aiming to dominate their systems as top publisher. They’re happy to let third-parties take the lead, while they focus on riskier and more innovative ventures. You certainly can’t argue with the success of that approach.

While on the subject of Sony Worldwide Studios games, why not check out Wccftech’s exclusive E3 coverage of Spider-Man and Ghost of Tsushima?