Virtual Reality is poised to enter the mainstream and open doors to a whole new dimension for media and gaming industry, and it seems like Sony is quite confident about its new visor-style virtual reality headset that has been designed to help usher in a new age of digital entertainment. Officially branded as PlayStation VR just recently, Sony’s virtual reality headset is a tool of the revolutionary virtual reality technology, and Sony believes that it is an “ultimate weapon” for developers that are driven to create exiting experiences for consumers. 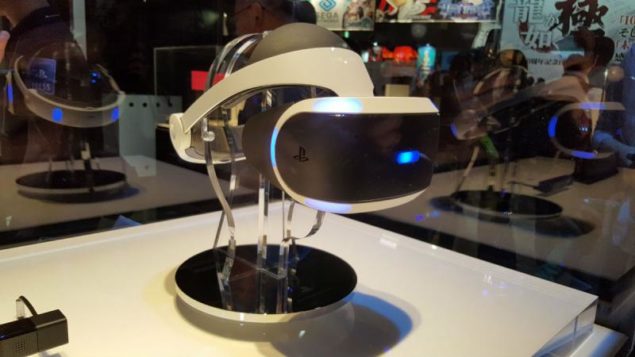 PlayStation executive Shuhei Yoshida, the man who works to keep Sony ahead of Microsoft in the console wars by pushing out exceptional first-party exclusive content, recently spoke to express his thoughts about how virtual reality will revolutionize the whole of gaming, and will open doors to a world of new experiences. In an interview with Stuff at the Tokyo Game Show 2015, Yoshida stated that the PlayStation VR is set to be a “hugely powerful weapon” that will place the power of creating new and exciting experiences in the hands of developers big and small. He said:

“Every game developer tries to create something new, amazing, and innovative to wow people. Using [PlayStation] VR tech, it's so easy, it's almost unfair. It's like an ultimate weapon. I think it's going to be a hugely powerful weapon for game developers to create new and exciting experiences for consumers."

Sony is already encouraging developers of all sizes to try to create and market their games as "simple, passive experiences" rather than directly opting for huge triple-A narratives. Amazing experiences that appeal to a wide-spread audience is what PlayStation VR is here to deliver. Yoshida went on to highlight a popular soccer indie called Headmaster, saying that developers can find success with VR even with very limited resources, all they have to do is come up with a compelling enough idea to craft new experiences.

“Because VR is such a new media, you can create totally amazing experiences with very very limited resources if you have the right idea. One of the examples is a soccer game called Headmaster. It’s developed by a small indie developer, but everybody still really enjoyed it."

PlayStation VR has already won over fans with its immersive performance, and it looks like Oculus and other companies working on HMDs are up for a tough competition. However, that doesn’t mean Sony’s virtual reality headset is going to be an uncostly deal. Sony has already confirmed that PlayStation VR 'will be priced as a new gaming platform.' A concrete price point hasn’t been unveiled yet, but we all know that a new gaming console costs $300 to $400. 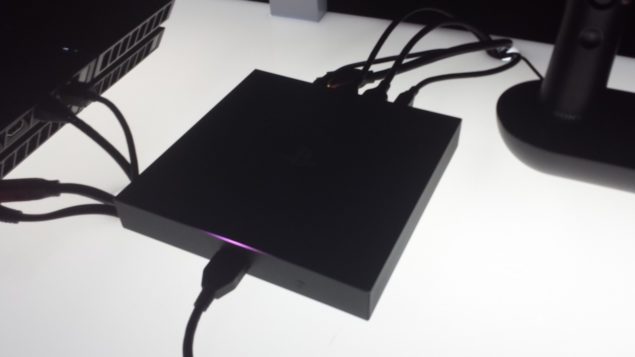 One thing that is interesting to note here is that the eighth generation video game consoles, including PlayStation 4 in some cases, are still struggling to run games at 1080p with 60 frames per second. Due to the hardware components that power the console being unable to maintain smooth VR performance, Sony’s latest video game console has to leverage power from a separate source called “Processing Unit,” or a PU. Processing Unit essentially splits the video signals and provides a power boost. Here is how Sony describes the Processing Unit:

"We call it a PU, and it's a box that takes the output from the PlayStation 4 and it splits it, splits it for something for the headset and something for the television... And it does this conversion of the 120Hz output of a PS4 that something a TV can display, and it doesn't get warped. That let's the people in the room that are there to see what you're seeing."

Sony’s head-mounted virtual reality tech is set to launch in the first half of 2016, and the Japanese console-maker has confirmed that it will be launched with a game library consisting of at least 10 titles. There is no info on whether the headset ships with a PlayStation Camera, which is required for it to function, or audio headphones.