The latest video game consoles have been adopted by millions and millions of gamers now, and we all know that Sony's PS4 is the one that is more admired among gamers compared to Microsoft's Xbox One. Sony reported back in April 2014 that the company has shipped more than 7 million PS4 units, but at that time, the Japanese platform holder was barely making any revenue from the sales alone as the cost for putting together one console was very close to the retail price. However, now Sony has managed to reduce the PS4 hardware production cost, opening doors to more profit. 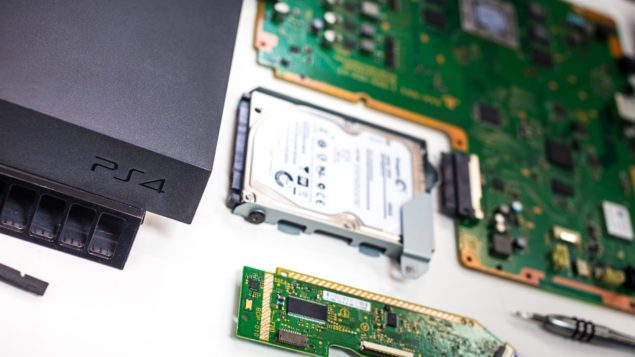 It is no secret that Sony's latest PS4 console is doing remarkably well in the local markets, and it is leading the sales charts ever since it was released back in November 2013. Last year, Sony claimed that it's latest console had been designed in the first place to be more price competitive than the PlayStation 3, and it looks like the company is proving it right now. According to Sony's latest financial report for the first quarter of its ongoing fiscal year, the firm has already managed to bring down the cost required to assemble each PS4 console.

Reports claim that this decrease in the PS4 hardware production cost will result in contribution of more profit to the business than the company originally anticipated. Thus, analyzing the production cost and sales, the Japanese giant revised its annual operating income forecast for its Games & Network Services division, lifting its predictions by 25% from £115 million to £143 million. This is what the company wrote as part of its official documentation for the latest earnings report:

With reduced production cost, Sony will now be to make more profit off each PS4 unit sold. This is something that was inevitable, and had to be done as the company was apparently selling the latest console at loss initially. Last year, a breakdown of the PS4 console revealed that it took $381 to manufacture each console, which was only $18 below the retail cost, and the reported manufacturing cost didn't include what was being spent on labor and packaging, this cleared out the fact that Sony wasn't earning much from console's sales alone. However now, it is not the same case.

Sony has now increased its profits forecast after the decrease in PS4 hardware production cost, so it looks like the company has no plans to go for a price cut just yet, but the good news is that the platform holder doesn't have worry about the production cost now, and it will be easy for it to react quickly the moment the console's sales start to drop.

Looking at how the things are going on right now, it is somewhat difficult to say that Sony will drop the cost of PS4 than that $399.99 price tag until at least next holidays, but chances are that consumers will see a price but before 2015 ends. For now, what the company can do is offer more attractive bundles to boost the sales, like announcing a PS4 bundle that contains PlayStation Camera for fairly appealing price.