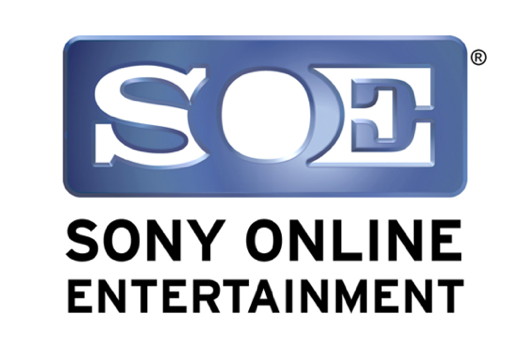 Earlier this morning, Sony revealed that it was hit by a second attack by hackers due to which the Sony Online Entertainment servers blacked out and went offline , SOE announced that its has lost around 12,700 during the attack and hackers may have claimed access to 24.6 Million accounts.

Sony made SOE go offline after learning that their servers have been breached yesterday's evening and detailed the result of of the attack today:

"Approximately 12,700 non-US credit or debit card numbers and expiration dates (but not credit card security codes), and about 10,700 direct debit records of certain customers in Austria, Germany, the Netherlands, and Spain" were lost, apparently from "an outdated database from 2007." Of the 12,700 total, 4,300 are alleged to be from Japan, while the remainder come from the aforementioned four European countries.

Furthermore, Sony has claimed the involvement of the same group which recently attacked its PlayStation Network (PSN) which went offline from 20th April and would come back online with in a few days. Sony has announced to compensate the affected users with Free games and 1 months of free PSN Plus subscription when the service gets online, Check out the news here. Sony also said that both of its services are not part of the same network so it still remains unclear how the two attacks are tied together. Press Release below:

SONY ONLINE ENTERTAINMENT ANNOUNCES
THEFT OF DATA FROM ITS SYSTEMS

Breach Believed to Stem From Initial Criminal Hack of SOE

With the current outage of the PlayStation® Network and Qriocity™ services and the ongoing investigation into the recent attacks, SOE had also undertaken an intensive investigation into its system. Upon discovery of this additional information, the company promptly shut down all servers related to SOE services while continuing to review and upgrade all of its online security systems in the face of these unprecedented cyber-attacks.

On May 1, Sony apologized to its customers for the inconvenience caused by its network services outages. The company is working with the FBI and continuing its own full investigation while working to restore all services.

Sony is making this disclosure as quickly as possible after the discovery of the theft, and the company has posted information on its website and will send e-mails to all consumers whose data may have been stolen.

The personal information of the approximately 24.6 million SOE accounts that was illegally obtained, to the extent it had been provided to SOE, is as follows:
· name
· address
· e-mail address
· birthdate
· gender
· phone number
· login name
· hashed password.

In addition to the information above, the 10,700 direct debit records from accounts in Austria, Germany, Netherlands and Spain, include:
· bank account number
· customer name
· account name
· customer address.

SOE will grant customers 30 days of additional time on their subscriptions, in addition to compensating them one day for each day the system is down. It is also in the process of outlining a "make good" plan for its PlayStation®3 MMOs (DC Universe Online and Free Realms). More information will be released this week.

Additionally, the company is committed to helping its customers protect their personal data and will provide a complimentary offering to assist users in enrolling in identity theft protection services and/or similar programs. The implementation will be at a local level and further details will be made available shortly in each region.

Sony Online Entertainment LLC (SOE) has been a recognized worldwide leader in massively multiplayer online games since 1999. Best known for its blockbuster hits and franchises, including EverQuest®, EverQuest® II, Champions of Norrath®, PlanetSide®, Free Realms®, Clone Wars Adventures™, and DC Universe Online™, SOE creates, develops and provides compelling online entertainment for virtually all platforms, including the PlayStation®3 Computer Entertainment System, Personal Computer, mobile and social networks. SOE is building on its proven legacy and pioneering the future of the interactive entertainment space through creative development and inspired gameplay design for audiences of all ages. To learn more, visit www.soe.com.

For more information and update about the SOE services, please visit www.soe.com/securityupdate.

About Sony Corporation
Sony Corporation is a leading manufacturer of audio, video, game, communications, key device and information technology products for the consumer and professional markets. With its music, pictures, computer entertainment and on-line businesses, Sony is uniquely positioned to be the leading electronics and entertainment company in the world. Sony recorded consolidated annual sales of approximately $78 billion for the fiscal year ended March 31, 2010. Sony Global Web Site: http://www.sony.net/