Things have started to look up for next in terms of hardware as we reach the end of this year. Sony has recently introduced a new camera sensor which further raises the bar when it comes to taking photographs with your smartphone, tablet or both. 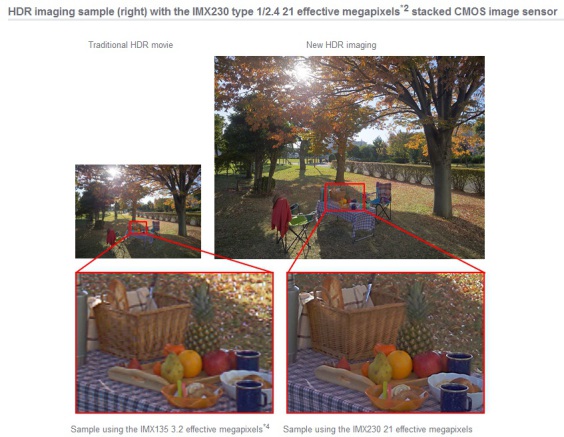 More interesting implications about Sony's recent launch relate to Apple and the camera sensors on its devices, namely the iPad and the iPhone. The Cupertino giant is well known to focus less on megapixel count and more on the overall sensor/camera performance on its devices. So with the latest Exmor deliver up to 21 MP in effective megapixels, will Apple finally break another of its traditions next year?

The company could also choose to stick with the lesser megapixel variant, which delivers effective pixels of up to 16 MP. A 16 MP camera on the next iPhone, possibly the iPhone 6S could be a refreshing change from Apple. And if the sensor manages to perform with the same efficiency and enhancements delivered with the IMX 230, then camera capability will be one aspect of the next iPhone or iPad which can be expected to deliver.

Devices with the Exmor RS IMX230 are expected to start shipping in the second quarter of next year (the Xperia Z4 anyone?) so we have plenty of time to know what Sony's got under the hood for us. The RS IMX230 also improves autofocus and uses up to 192 focus points when taking an image. The sensor also captures fast moving objects more accurately.