Over past months, Sony has successfully taken many meaningful turns, making its latest PlayStation 4 console the forerunner of the eighth generation of video game consoles. However, there are some things that Sony has to answer for, as they were promised way back, but now they are nowhere to be seen. One of these things is the availability of PS1 and PS2 games, as Sony assured its fans that they will be able to enjoy retro games with the power of cloud, but now, the company's Gaikai-based video game streaming service, PlayStation Now, only allows access to PS3 titles, and it looks like Sony currently has no plans to add PS1 and PS2 titles to the catalog as well. 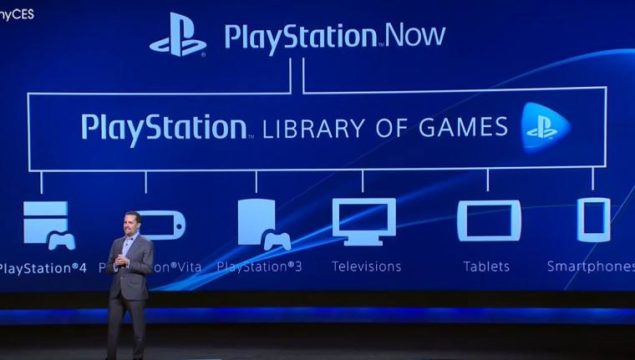 When Sony first announced the PlayStation 4 console back in February 2013, they left a little hope in hearts of PlayStation gamers by talking about their partnership with Gaikai, a company which provides high-end technology for streaming video games, and how the power of cloud would allow gamers to stream PS1, PS2 and PS3 games smoothly. Well, with the passage of time, things changed, and now we have PlayStation Now.

Giving a shape to its vague plans, Sony announced PlayStation Now at this year's Consumer Electronics Show, a Gaikai-based video game streaming service which provides access to PlayStation gaming content on PS4, PS Vita PS3 and Sony TVs. Promising a bright future for PlayStation, this announcement cheered up almost every loyal fan. However, there's one thing that seems kind of inappropriate, PlayStation Now lets you play PS3 games only.

Of course, that is a misfortune for fans of retro games. The library of PS1 and PS2 games is very vast, and some of the titles are already playable on the PS3 and PS Vita consoles, but while their streaming roots can be watered, there is no talk of bringing them back to life once again with the PlayStation Now streaming program, and this makes the whole scene a little daunting.

Curious about why Sony is showing no love for PS1 and PS2 games, and will PlayStation Now ever support the titles from these two platforms, Kotaku's Jason Schreier talked to PlayStation Now's senior director, Jack Buser, and asked him about the promises and plans that Sony made for bringing PS1 and PS2 games back to life with the service, and well it's clear from the conversation quoted below that Sony doesn't want to, or has nothing to say on the topic.

Schreier: When you guys first announced PS Now, you announced that it wouldn't just be PS3 games, but it'd also be PS1 and PS2 games. Is that still something you guys are planning to add to the services?

Schreier: Well I don't mean devices, I mean, the games that you'd be able to play.

Buser: During the open beta launch on PlayStation 4 we'll be focusing on PlayStation 3 titles. We don't have anything specific to announce at this time.

Schreier: The reason I'm asking, and kinda pressing you a little bit on this is because at first it was announced that it'd be PS1/PS2/PS3, and then I remember there was a rumor somewhere that you guys had changed plans about that. I know that a lot of my readers are big fans of retro games, and like the idea of being able to play all these old games on their fancy new PS4s, so I'm hoping for some clarification there.

Buser: One thing I wanna stress is that we're in the early days of the beta. We're gonna launch in open beta on PlayStation 4, we're gonna focus on PS3 titles. One of the things that's really exciting about that is that there are a lot of people that are gonna have PS4 that are new to the PlayStation ecosystem. We believe that the PlayStation 3 has a rich catalog of titles, and we wanna make sure we make that catalog available to people who are new to the PlayStation ecosystem via PlayStation 4. Again, we're in the early days, and it's all about the beta testing community to give us feedback—what kind of content do they want to see on the service, what kind of features, and on and on. I really encourage folks to give us that feedback on what they want to see in the future.

Buser avoided answering the questions to the point, and clearly had nothing to say about the plans of bringing PS1 and PS2 games to PlayStation Now. While the streaming service will enter its open beta testing phase for PS4 owners tomorrow, we still don't have any idea if Sony will ever start adding retro PlayStation games to the PlayStation Now catalog.