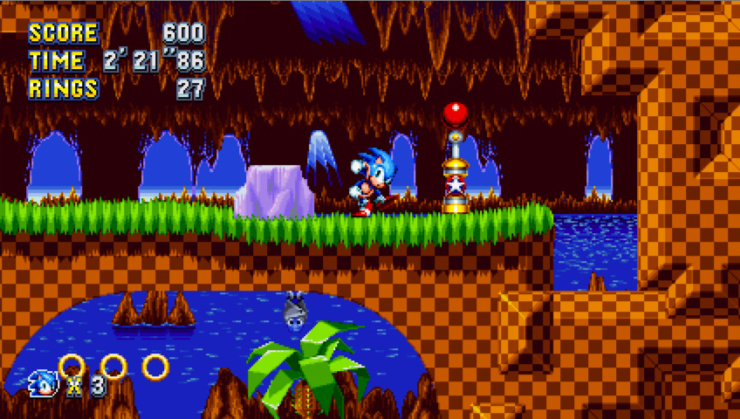 Sonic Mania, the retro-styled platform game starring Sonic the Hedgehog and his friends, finally received a release date for all formats.

A few hours ago, SEGA confirmed that Sonic Mania will release on August 15th on PC, PlayStation 4, Xbox One and Nintendo Switch for the price of $19.99/€19.99. All those who pre-order the game will get a 10% discount off the game's full price.

Sonic Mania arrives this August! Join Sonic, Tails, & Knuckles in a new 2D Adventure as they explore brand new levels, re-live completely updated classics, and battle fearsome new bosses. Get ready for the ultimate celebration of past and future.

This trailer features sketch + color animation by the talented Tyson Hesse, and new custom music from Hyper Potions. It wouldn’t have been possible without them, and we’d like to give them a special 100-chili-dog thank you for their hard work.

Sonic Mania will sport plenty of features that will make nostalgic fans of the series happy such as re-imagined classic stages and plenty of old-school 2D action.

2D Sonic is back in an all-new adventure! Play as Sonic, Tails, & Knuckles as you race through all-new Zones and fully re-imagined classics, each filled with exciting surprises and powerful bosses. Harness Sonic’s new Drop Dash, Tails’ flight, and Knuckles’ climbing abilities to overcome the evil Dr. Eggman’s robots. Discover a myriad of never-before-seen hidden paths and secrets!

Sonic Mania launches this August on PC, PlayStation 4, Xbox One and Nintendo Switch.