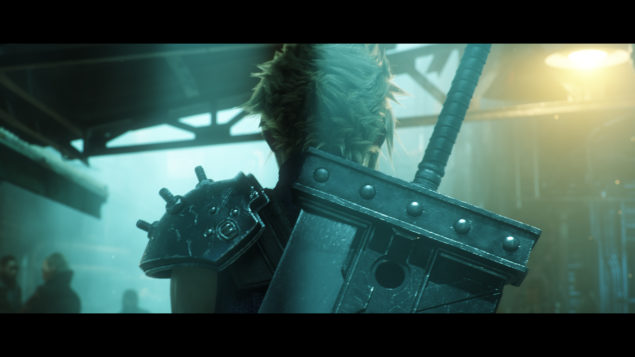 The changes that have happened in society over the last twenty years mean that certain scenes in the Final Fantasy VII remake will need to be approached very carefully, it's been revealed.

In an interview with Japanese blog Hachima Kikou, producer Toshinori Kitase and director Tetsuya Nomura revealed that, among others, the Honey Bee Inn segment could need altering to be enjoyed by a modern audience.

The short interview, spotted by Dualshockers, also revealed a few other interesting segments, including the fact that fan favourite mini-games will definitely be making their return. Presumably, that will include the snowboarding and motorbike games. There's no mention of the Golden Saucer itself, although it's safe to guess that the readily accessible mini-games will be housed at everybody's favourite digital playground.

More forgettable distractions are less likely to make the cut, as the team will need to remake them from scratch for the new title. Sorry little Mog, we hardly knew ye. Considering the mixed feeling towards Fort Condor, that could be another of the mini-games that are either drastically cut down or removed entirely.

Kitase said that the remake wouldn't be open world, but rather would have a focus on how characters affect the environment. Since he specifically mentioned sandbox, it's an important distinction to make. It seems unlikely that it will feature western RPG style quests, where side missions are basically interchangable with the main plot, and that's probably what fans were expecting anyway.

The multi-part series will feature "basically" full voice acting. Those characters that didn't make an appearance in Advent Children will have to be newly cast.

As for release date, the powerful pair are still keeping their mouths well and truly sealed. More solid information can be expected next year, after the release of Kingdom Hearts 2.8 and World of Final Fantasy.