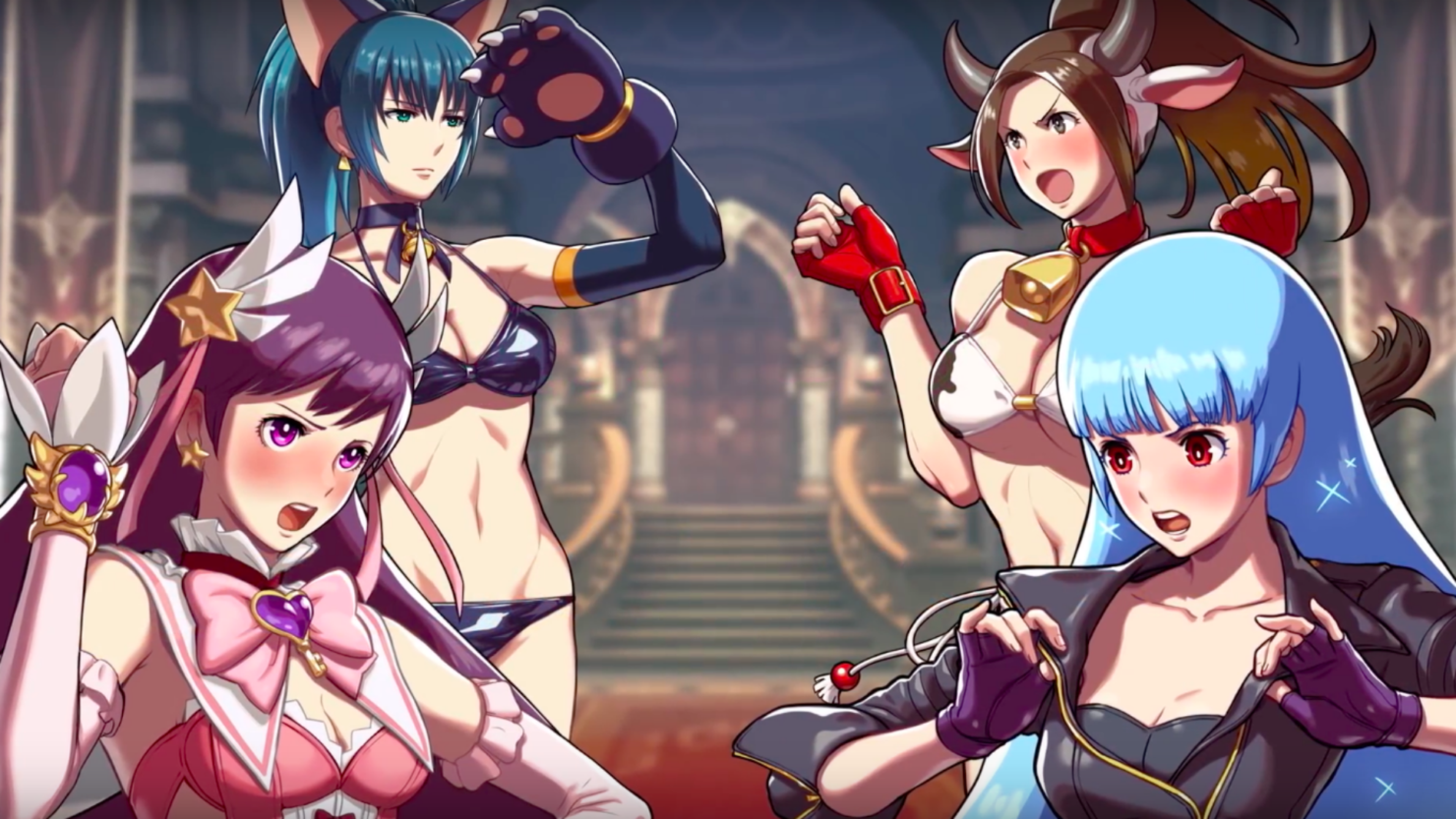 We recently had the pleasure of speaking with two of the leads on NIS America/SNK’s upcoming tag-team fighter, SNK HEROINES Tag Team Frenzy. Joining us for the brief Q&A are Yasuyoki Oda, Producer for SNK HEROINES and Kaito Soranaka, Director for SNK HEROINES.

This upcoming 2v2 tag team fighter is heavy on the character customization and flashy combos while moving into a more casual direction compared to King of Fighters XIV. As SNK’s first fighting game developed for the Nintendo Switch, we wanted to see what made this brand new title something special to be excited for. SNK Heroines is due for release on PlayStation 4 and Nintendo Switch this Summer.

Why the focus on heroines specifically?

Oda: Because the female characters of SNK are very popular, we had the idea of creating something new that brought all of them together.

When did SNK HEROINES: Tag Team Frenzy begin development? How did the team manage to develop SNK HEROINES alongside King of Fighters XIV?

Oda: We’re developing it at the same time as the KOF XIV DLC. Our schedule is chaotic!

Oda: We customized the KOF XIV engine for this title. The biggest change is displaying four bodies on-screen at once.

Not many readers may remember the original Neo Geo Pocket Color release of SNK Gals’ Fighters. How would you say your upcoming project ties into the NGPC title? Would you say SNK HEROINES Tag Team Frenzy is a sequel or more of a spiritual successor? Are there any mechanics that carry over from SNK Gals’ Fighters?

Oda: You could say that this title is the spiritual successor to Gals Fighters. We referenced Gals Fighters’ bright, comical style and the cute-but-sexy elements.

Will SNK HEROINES Tag Team Frenzy feature a single player story mode or arcade mode? If so, how long will it be?

Soranaka: There will be a story mode. Character interactions are different depending on the combination of chosen characters. We feel that our fans will be satisfied by the volume of the story.

Compared to the dozens of fighters in a typical King of Fighters roster, the lineup to SNK HEROINES Tag Team Frenzy is more compact and refined. How do you decide which fighters make the cut?

Oda: To make the costume and accessory customization a reality, we had to reduce the number of characters compared to KOF XIV. However, we also added the ability to change voices, so there is a lot of content.

Will we see heroines from other famous SNK franchises making their fighting game debut in SNK HEROINES?

Oda: Keep an eye out for more news on that soon.

What is your design focus for SNK HEROINES Tag Team Frenzy? Does your team want this to be something viable for tournaments or more for a casual audience to enjoy?

Oda: Because we are releasing on the Switch and PS4, we considered pad play while designing the game. Performing skills is simpler, but with items and gauge management, there is plenty of new content that can offer a challenge to past players.

Can you talk a little more in-depth about the spectator features in SNK HEROINES?

Soranaka: You can watch players in the same lobby. You can also cheer on fighters during battle by playing crowd sound effects.

How much character customization is available? Will there be the opportunity for new costumes and DLC after release?

Oda: We are currently planning DLC.

Soranaka: You can place accessories on different parts of the body. You can also adjust the position and size of each accessory, so the possibilities are endless.

If some of the costumes for those heroines are scantily clad, is there any worry of how they are perceived in today’s climate in Western counties? (Cowgirl Mai being one costume in particular).

Oda: The development team was very careful about that, but we heard a lot of requests from fans all over the world to “make it sexier!” I think the final product reflects that.

What is the targeted resolution and frame rate for the PlayStation 4 and PlayStation 4 Pro versions? What about Switch Docked/Undocked Versions?