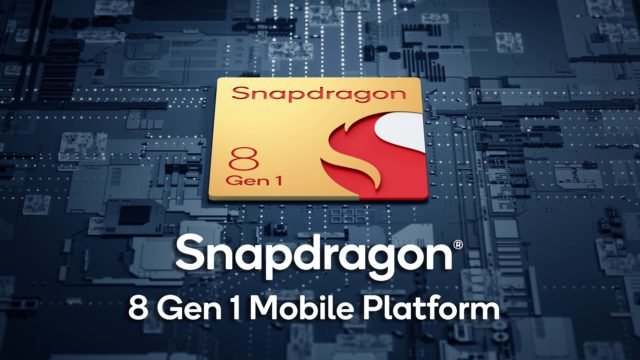 Earlier this week, Qualcomm finally lifted the curtains off the Snapdragon 8 Gen 1, their latest flagship SoC. While the company was able to reveal a lot of the details during the Tech Summit, the one thing that they did not tell is the company behind the 4nm process. Qualcomm has now decided to reveal that Samsung Foundry is responsible for the manufacturing of the chip.

Qualcomm CEO Cristiano Amon revealed during a Q&A session at their annual summit that the Snapdragon 8 Gen 1 is made by Samsung Foundy and its latest 4nm process. At the same time, Alex Katouzian, SVP and General Manager of Qualcomm's Mobile, Compute, and Infrastructure division said to the reporters in South Korea that the new flagship chipset is not made by TSMC.

For those wondering, the Snapdragon 8 Gen 1 will be competing with Apple's A15 Bionic, MediaTek's Dimensity 9000, and Samsung's Exynos 2200 chipsets. Both the Apple and MediaTek chipsets are made by TSMC, which also happens to be Samsung Foundry's biggest competitor. On the other hand, the Snapdragon and Exynos chips are made using Samsung's 4nm process.

At the time of writing, we are not sure about how the Snapdragon 8 Gen 1 is going to compare against the aforementioned rivals and with no real scores for the Exynos 2200 in the tow, it is all based on speculations. The biggest ace that the Exynos has up its sleeve is that it is going to be featuring AMD's RDNA graphics with Ray Tracing support. So, that is definitely something that you are going to have to look forward to.

Samsung is said to release the Galaxy S22 lineup sometime in February next year and until then. Here is hoping that Qualcomm has finally found a worthy contender in the Exynos 2200.