Snap Shares Surge: Opening at +41.1% and Rising From There 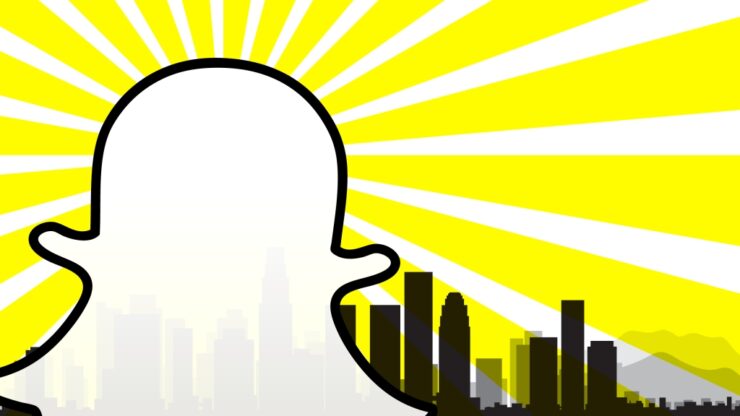 Today marks the first day of Snap (NYSE:SNAP) as a publicly traded company. Riding on the immense popularity of Snapchat, this is the largest tech IPO since Alibaba in 2014 and gives the company a rough value of $24bn.

What is somewhat surprising is the value given. Originally Snap were looking at a valuation of between $20 to $25bn, placing this at the higher end of this range. As we've previously covered, the IPO was priced at $17 per share. Opening at $24, 41.1% higher than this pricing, the shares saw over 100m shares change hands in the first hour.

Publicity behind such a major stock should be expected and the first day frenzy will only heighten the matter. Snap have sold the IPO to investors based on the notion that Snap offer something more personal. Snap are the new, the upstart and they may be onto something. This much has been proven by Facebook's (NASDAQ:FB) attempt to emulate Snapchat and the success it's gained through similar functions in Instagram and Whatsapp

Such a large increase following release is far from unusual. One of the closest examples comes from Twitter (NYSE:TWTR). Priced at $26, Twitter saw shares open at $45 before rising to a high of $50, before then dropping to $44 at the end of the day. Twitter now trades at $15. Whether Snap's (NYSE:SNAP) shares will see this similar fall is yet to be seen.

Problems come from other metrics, making the company seem considerably more like Twitter than Facebook. Daily Active Users (DAU) of Snap were at 153m as of the quarter ending September 30th, 2016. According to Bloomberg, Twitter currently lies at roughly 136m. This pales in relation to Facebook's (NASDAQ:FB) 1.17bn daily active users. Making this even worse is the company's financial results. 2016 saw the company make a loss of $515m and a year where the cost of revenue was higher than the revenue itself.

The major question for Snap is where it will make money. Following a $515m operating loss last year, where the cost of revenue actually outstripped revenue, recent predictions expect the company to raise revenues by 500% by 2018. Investors are betting that this is the case. One bet is the possibility that more targeted and engaging advertisements will increase effectiveness, rather than focusing on scale alone.

What growth the company does have is in an openly admitted fleeting userbase of younger users. However, the company has noted an increased growth in older users. Growth in both revenue but users will be the worrisome aspect for Snap and it's investors.

Looking to the Future

Snapchat, in an attempt to retain but also expand its userbase, will undoubtedly add new features. For myself, it's already a fairly complicated program. While I’m no Luddite, I already know I don't get the most function out of Snapchat and will never see myself buying the glasses. It's highly likely that I'm not the audience they're looking for.

In the IPO, the company revealed the average user spends 30 minutes per day on Snapchat. Expanding this time, acting as an outlet for news and other media will certainly help the company. What may also help the company is the expansion into hardware, with the glasses now selling on a wider scale. Linking these glasses, allowing people to document more of their lives in a more engaging fashion, may be the shot in the arm that boosts the application.

Engaging users. Increasing revenue and finally generating a profit. These are the challenges that Snap face. As with Facebook and Twitter, future financial statements will be the test that investors base the company on and also what generates interest from other investors past this first day. The fact that the publicly traded shares offer no voting rights may immediately discount a percentage of investors from looking at the company, adding onto the fact that it's a new company that may put off older investors.

The future for the company will be interesting and whether it will be a success or not will be decided not over the next few weeks, but years.