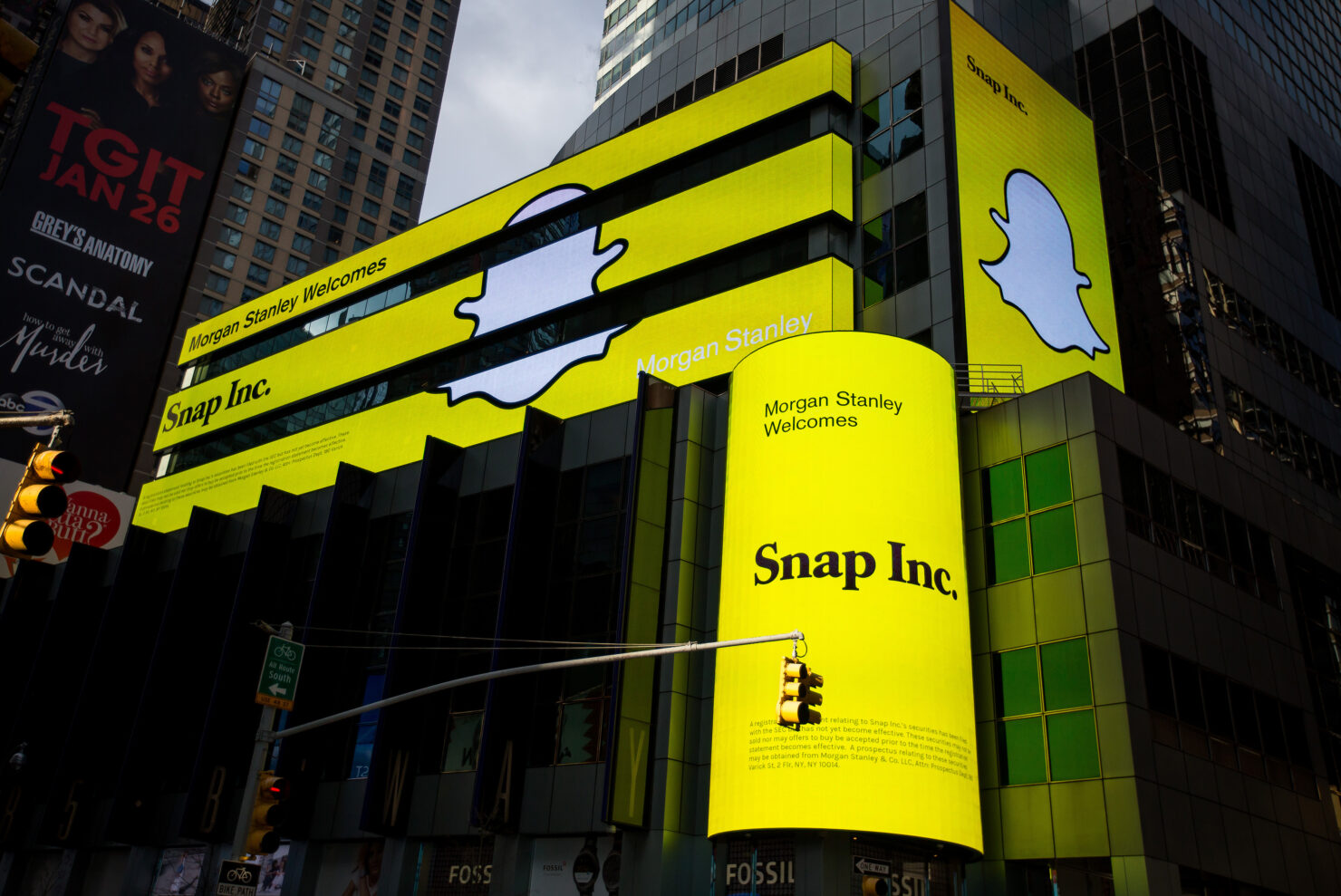 Snap (NYSE:SNAP), the company behind the popular Snapchat platform, posted mixed financial results today for the fourth quarter of 2019 punctuated by a beat on EPS but a letdown on the revenue metric.

“In 2019 we saw momentum across the board. We grew our community by 31 million daily active users, accelerated our revenue growth, and progressed towards profitability by improving full-year Adjusted EBITDA by 65% year-over-year. The strength in our core business gives us confidence in our long-term growth and profitability and we’re excited to build on these results in 2020 and beyond.”

How does Snap’s scorecard stack up?

For the three months that ended on 31st December 2019, Snap reported revenue of $560.89 million, falling short of expectations by $0.98 million but constituting an increase of 44 percent year-on-year.

Crucially, Daily Active Users (DAUs) increased by 17 percent year-over-year to 218 million. As a reference, the company had reported DAUs of 210 million in the third quarter of 2019 and 187 million in the fourth quarter of 2018. Additionally, this key metric was up sequentially as well as annually in all three major geographic regions that the company reports on: North America, Europe and rest of the globe. 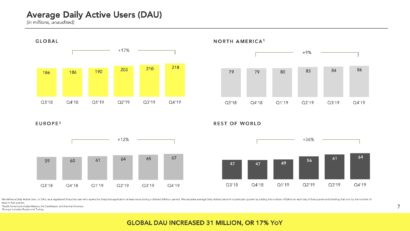 Snap’s net loss improved by $49 million year-over-year to -$241 million in Q4 2019. This metric includes $100 million in non-recurring legal charges. The company explains this charge as follows:

Remember that these legal charges stem from a lawsuit by Snap shareholders who claim that the company didn’t adequately disclose the impact of competition from Facebook (NASDAQ:FB) on its business in the runup to its IPO which was soured by weak user growth as people shifted from Snapchat Stories to Instagram Stories.

It should be noted though that Snap’s adjusted EBITDA actually improved by $93 million year-over-year to $42 million in the relevant quarter. Bear in mind that this is a positive EBITDA print which should come as a welcome surprise to investors.

The company also reported a non-GAAP EPS of $0.03 which exceeded expectations by $0.02. Interestingly, over the last 2 years, Snap has beaten EPS and revenue estimates 88 percent of the time. Furthermore, Snap’s free cash flow improved by $73 million on annual basis to -$76 million in Q4 2019.

As of 04:40 p.m. ET, Snap’s stock has tumbled over 9 percent in the after-hours trading to $17.20 following a disappointing miss on revenue. At one point, the stock was down almost 12 percent.

Nonetheless, Snap’s stock has registered gains of 163.82 percent in the past year against gains by the S&P500 of 18.67 percent during the same timeframe. Additionally, Snap has generated year to date returns of 11.64 percent based on the stock’s closing price of $18.94 on Monday.

Of the 40 analysts who cover Snap, 20 have buy or overweight ratings, 18 have hold ratings, and 2 have a sell rating, with an average price target of $19.64, according to FactSet data.

In Q4, Snap introduced a number of features to enhance its user retention and growth. The company introduced the ‘Cameos’ feature that allows users to superimpose their face on a celebrity’s in an animated GIF. Moreover, the Bitmoji TV offers 4-minute cartoons based on the user’s Bitmoji avatar.

Eric Sheridan at UBS upgraded Snap in an investment note on the 16th of January to ‘Buy’ from a previous ‘Neutral’ designation and raised the stock’s price target to $24 from $16. The analyst noted that:

“We see a renewed [management] team focused on driving a mix of user growth (especially the Android refresh) and ad monetization that could produce multi-year revenue growth even above our newly raised forecasts.”