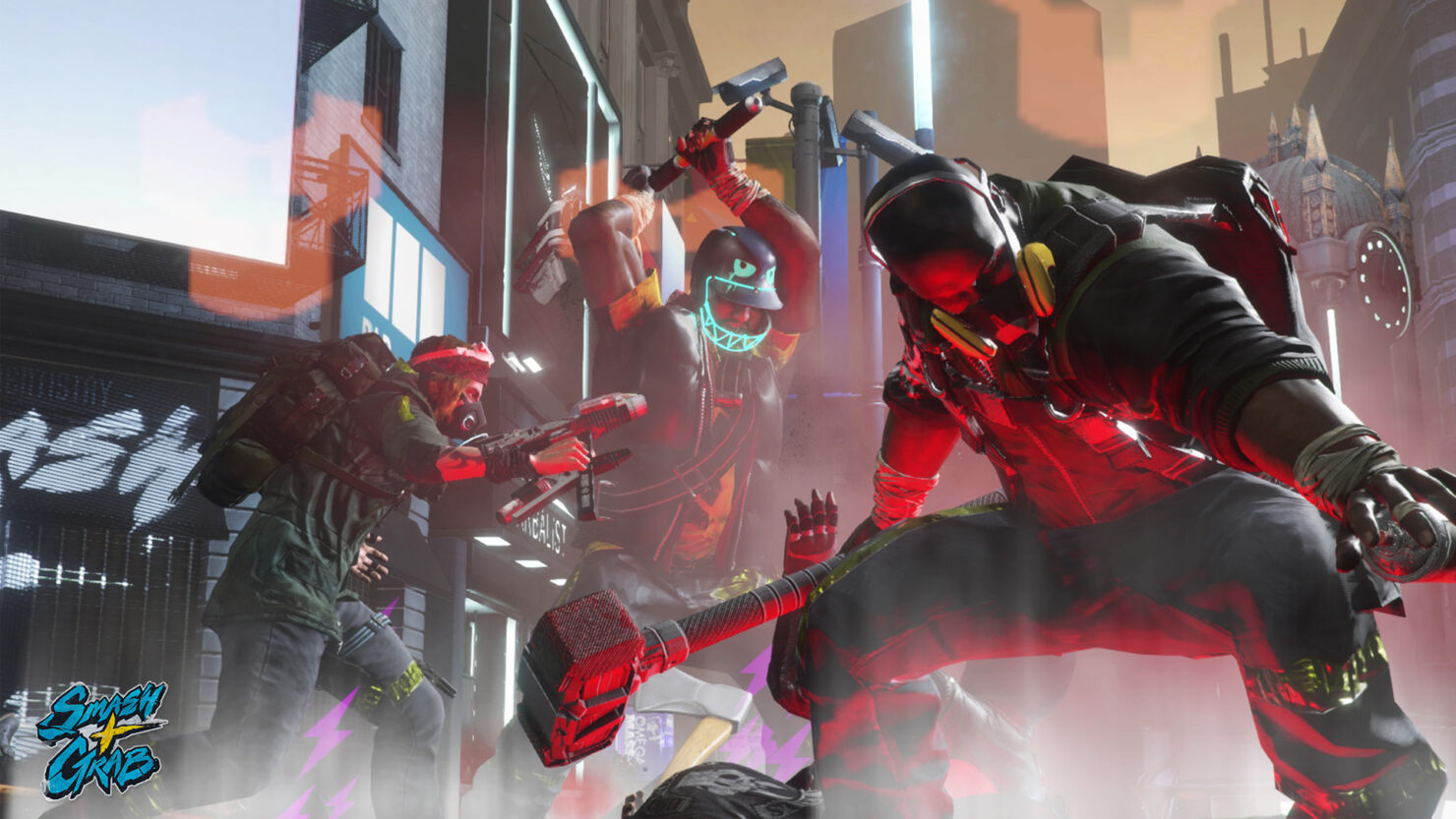 After a brief showing at PAX West, Smash+Grab will be going available to the public, as long as they can secure a beta key. This beta weekend will launch through Steam on Friday, September 9th at 9a.m. PDT and continue through Sunday, September 11th at 10 p.m. PDT.

Here's what you can expect to do during the beta test:

Beta participants from around the world will face-off online as rival gangs, battling for loot, weapons and infamy in the closed-off shopping districts of a dystopian future.

They’ll assemble and customize a lethal crew of colorful characters and take to the streets of Union Bay with the goal of looting $50,000 in 15 minutes. In match, they’ll loot materials to craft insane weapon mods and work with their teammates to outfight and outthink their opponents as each rapid-fire round progresses.

United Front Games have partnered with a number of sites to offer beta keys that guarantee access to the three-day Smash+Grab event. The first partner announced is Alienware Arena and over five thousand keys are available for anyone with an Alienware Arena account.

Razer and PC Gamer have also partnered up with United Front Games and interested gamers can head over to the announcement page and sign up to secure a code to play the closed Smash+Grab beta later this weekend.

Smash+Grab will be out later this month on Steam Early Access. You can learn more about the game from our previous report.