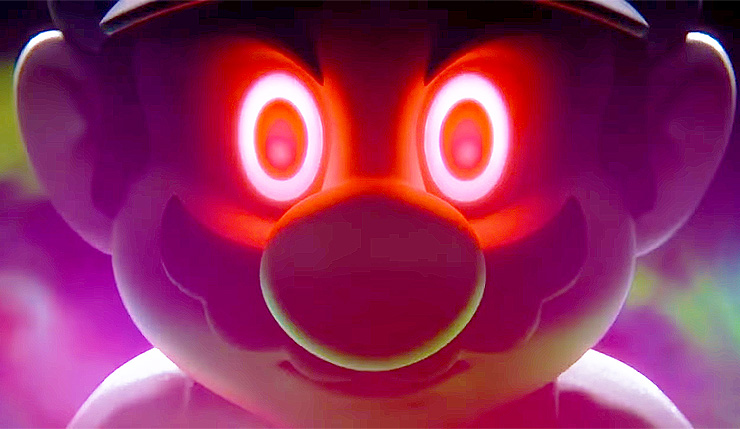 Nintendo just dropped their final pre-launch Super Smash Bros. Ultimate Direct, and, in addition to learning about three new fighters (more on them here) we received a ton of info on the game’s mysterious Spirits Mode, surprise Adventure Mode, and more! If you’ve got 40 minutes to spare, you can check out the entire Smash Bros. Direct, below.

Spirits Mode looks to be the real meat-and-potatoes of Smash Bros. Ultimate. Basically, players can unlock “spirits” based on a huge array of minor characters not important enough to qualify for full fighter or Assist Trophy status. You can then equip a combination of these spirits to the fighter of your choice, giving yourself a variety of stat and ability boosts. You can check out a video intro to Spirits Mode below (thanks to GameXplain for capturing these individual bits from the Direct).

In the world of Super Smash Bros. Ultimate, many video game characters lose their forms and become “spirits” that serve as a power-up of sorts for a player’s main playable fighter. There is a massive number of wildly different spirits, ranging from Chibi-Robo to Dr. Wily to Tails to Revolver Ocelot. Players can equip primary and support spirits to power up or add additional abilities like speed or strength to their fighter during battles. Mixing and matching spirits will help players get the upper hand against certain opponents, adding quite a bit of strategy to battles. Equipping a spirit is similar to equipping a charm or accessory in an RPG. It’s a way for players to enjoy a massive amount of additional video game characters outside of selecting them as playable fighters.

Nintendo also surprise-revealed that Super Smash Bros. Ultimate will once again have a full story-driven Adventure Mode, entitled World of Light. According to Sakurai, World of Light won’t be quite as crazy as the Subspace Emissary from Smash Bros. Brawl, as the focus will be on fun over story, but the mode’s opening cutscene is pretty crazy. See for yourself…

Nintendo also detailed Smash Bros. Ultimate’s online options. This time around, matchmaking will be based on your preferred rules, proximity, and your Global Smash Power ranking. Hopefully that makes matches a little more reliable! All Ultimate players will have to create a Smash Tag, and you can earn other people’s Smash Tags by beating them. Here are some of the new online modes and features available in Smash Bros. Ultimate:

Finally, Smash Bros. Ultimate will also be getting a Fighters Pass, which will include five characters, each with own stage and a batch of new music. The Fighters Pass will cost $25, or you can buy each fighter individually for $6. Oh, and Piranha Plant (yes, there's going to be a Piranha Plant fighter) is a free post-launch bonus, and not part of the Pass.

Phew! That’s a lot of info! And there’s a ton of stuff I haven’t touched on – again, check out the full Nintendo Direct if you want to know everything.