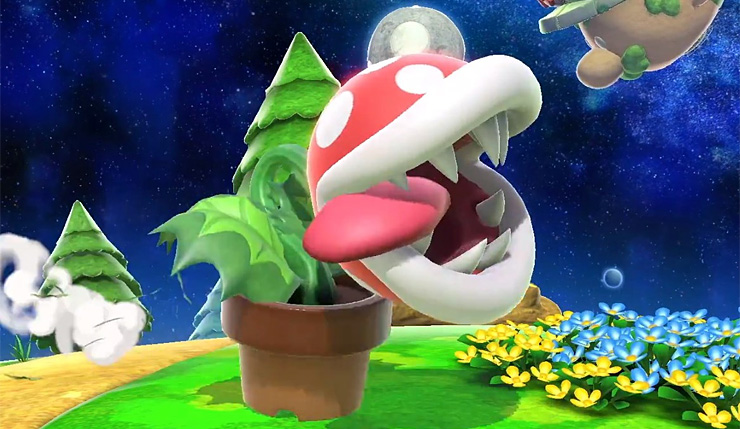 Super Smash Bros. Ultimate’s huge roster has characters for pretty much every taste imaginable, but that hasn’t stopped fans from getting a bit salty about one of the new additions. During the most recent Smash Bros. Ultimate Direct, it was revealed the game’s first post-launch fighter would be – a Piranha Plant. Not a particular or special Piranha Plant. Just a regular one. Not everyone (especially those rooting for Waluigi to join the roster) were impressed. Of course, there are Piranha Plant supporters out there, too – heck, you can consider me a member of Team PP.

Well, in a new interview with Game Informer, Smash Bros. mastermind Masahiro Sakurai explained his reasoning behind adding Piranha Plant to the roster…

“I believe it’s important to have a good balance as a game. In the past titles in the series, Mr. Game & Watch, R.O.B. and Duck Hunt Dog were some of the examples we offered outside of people’s typical expectations. If we don’t have these types of fighters, and we only had typical “hero/heroine” type fighters in the lineup [...] it’s probably not very interesting. Correct? Also, unlike some main characters from some (not widely known) franchises, Piranha Plant is a character everyone knows well.”

So, in other words, Sakurai likes to toy with fans with unexpected fighters. Of course, Mr. Game & watch and the Duck Hunt Dog were both pretty widely praised, while Piranha Plant…hasn’t been. I guess Sakurai’s trolling backfired this time.

Sakurai also touched briefly discussed the future of the Smash Bros. franchise. Given the “greatest hits collection” approach of Ultimate, could it be the last Smash Bros. game? Don’t count on it.

“Every time I work on this series, I’ve devoted myself to making it under the assumption, “This is the last one.” That said, I have no idea what future holds, so I can’t deny that there’s no next one either.”

Super Smash Bros. Ultimate brings the brawl to Nintendo Switch on December 4. Everyone who buys and plays the game before January 31, 2019 will get free access to Piranha Plant.