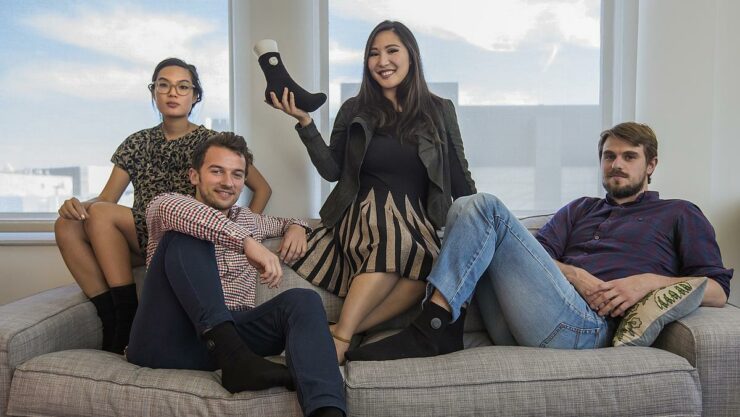 Siren Care, a Diabetic health tracking startup has come up with a method to detect inflammation and injury of the feet in real time using ‘smart socks’. These socks are specially designed to use temperature sensors for this very purpose. Both type 1 and type 2 diabetic patients are prone to foot injuries, swelling and other issues due to nerve damage and hence can create serious problems like severe infection and even amputation if not treated in time. While at Northwestern University, co-founder of the startup, Ran Ma was working on growing biomass to grow skin that had been damaged and during this research she thought of making a wearable that could prevent and track injuries at the same time. Both the founders, Ma and Veronica Tran were aware that early detection of an injury is vital to treatment and thought that built in sensors in a wearable are the solution to the problem at hand.

Siren’s socks aren’t the first wearable that tries to detect foot injuries. SurroSense Rx is a wireless insert for the shoe for diabetes patients and Tillges Technologies’ PressureGuardian is a boot that is designed for the same purpose. However, a boot or a foot pad is either bulky or difficult to insert and not sufficiently close to the skin. Siren’s socks have sensors woven into the fabric and help detect wherever inflammation is found. After detection all the information is uploaded to an app on your smart phone that alerts you about where the problem lies. All data is stored on the sock, on the app and in the cloud. Whenever the temperature sensors detect some temperature differences, i.e. an injury or inflammation is detected; the app sends you an alert so that you check your foot or investigate the issue. Seems simple enough, right? The injury doesn’t have to be serious, it can be as simple as a tiny cut and even these tiny cuts can become dangerous for diabetics.According to Ma, “It could be something as simple as you have a shoelace tucked into your shoe and don’t feel it and you can get an injury from that.” 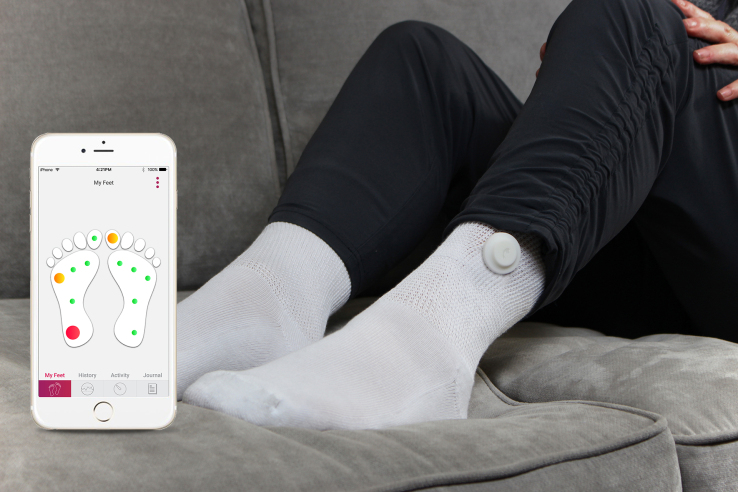 How to wash and charge them?

Now the question that arises is that since these are socks with in-built technology, don’t they need charging? What if the socks become smelly, what happens then? Do we need to buy a new pair again? Interestingly enough, the socks don’t need charging! Each sock comes with a full battery that can last for 6 months. The company said that the socks are designed to be ‘on’ only when you wear them and go into sleep mode as soon as you take them off. Now that’s the kind of energy we need, right? These socks are also machine washable and designed to endure wear and tear for the 6 months originally designed for the consumer. So there you go no need to worry about them getting stinky and getting damaged in the wash.

Bigger plans for the future

The co-founders have bigger plans than just simple temperature detection. Ma said, “Our SirenSmart Textile technology is able to incorporate a number of sensors and electronics, including moisture sensors, pressure sensors, light sensors, LEDs, RFIDs, MCU, BLE, etc seamlessly into fabric.”. So what does this mean for us? It means that the future will be full of smart textiles that can help detect injuries in other parts of the body and may lead to detection of diseases as technology progresses. This could lead to much bigger ideas like detection of problems and getting advice from doctors without the trouble of going to a doctor. Well let’s wait and see what the future holds for us in this aspect.

Siren will be shipping its socks in the spring and you can pre-order now. It will be sending a seven pairs (for each day of the week) every six months. So go and order now!