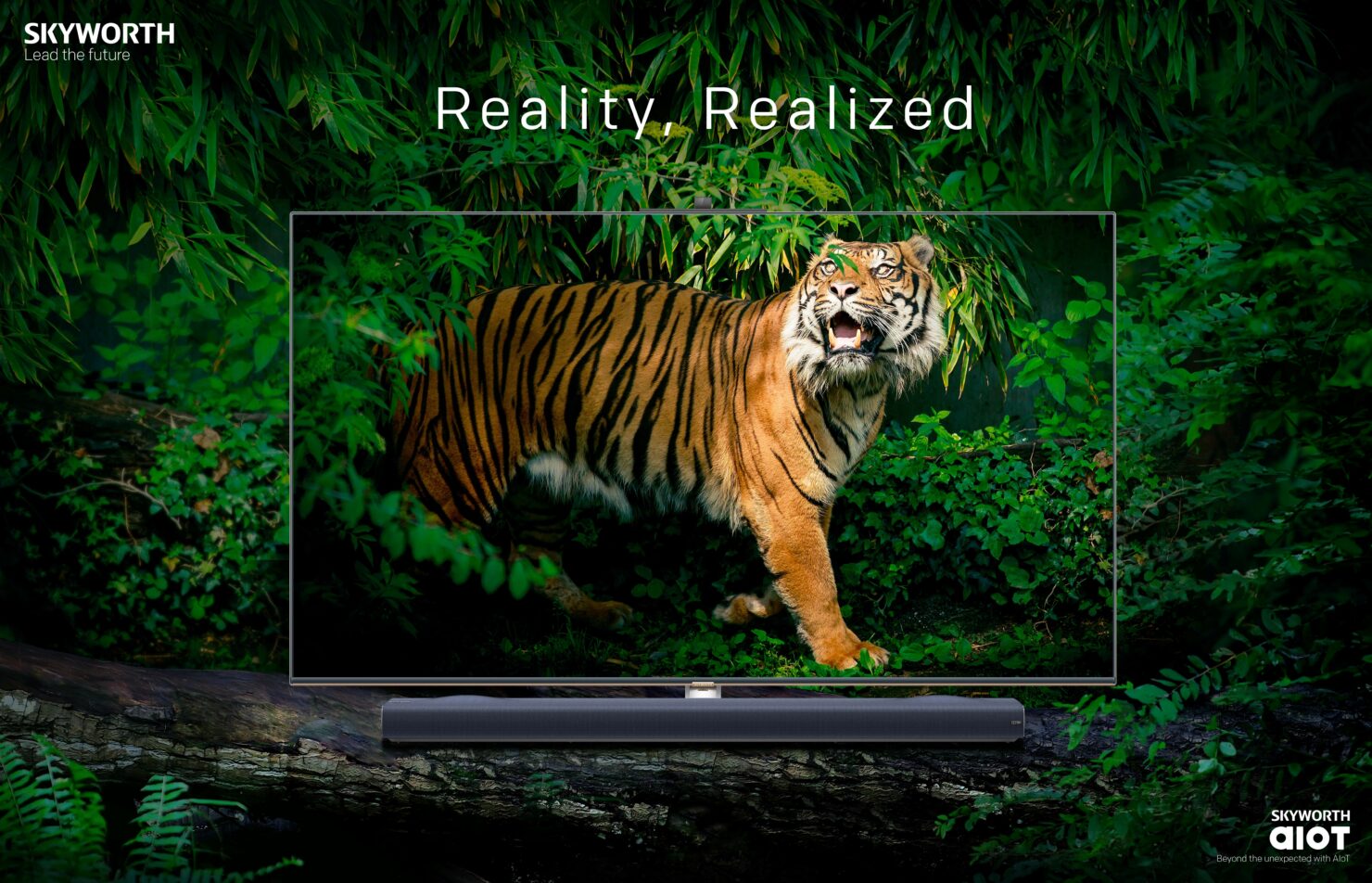 4K video technology is only starting to get widely adopted by consumers, yet 8K was the big push to market at this year's CES exhibition. Just about every major player had a card to play, from TCL to Samsung to Panasonic and Sony, yet one name that you don't often hear in the argument for who produces the best display is Skyworth. Now, Skyworth is hoping to change the conversation with their upcoming 75" Q91 8K display.

The flagship television for Skyworth is the 75" Q91, their AI-enhanced display for 2020. Skyworth started their presentation for their upcoming lineup of consumer televisions with a number of accolades and awards that they've won over the years. Most notably, Skyworth launched the world's first full color gamut television as well as China's first OLED display in 2013 as well as holding the honors of being China's first internet television and 3D LED television. From January until November 2019, Skyworth sold the highest number of products at retail (including their coocaa line) with over seven million units sold in that period and a retail market share of 17.2% in China, surpassing both Hisense and TCL in their native market.

Much more than a television, Skyworth's Q91 8K display wants to be the central command for all of your smart devices. Through their integrated IoT software, Swaiot, the Q91 can remotely voice control other compatible smart appliances to become a virtual housekeeper. This extra bit of IoT software is controlled via a tablet that connects to the Q91 and also functions as the remote, although Skyworth promised that there would be a traditional button remote included in the box as well.  For those than don't mind an extra camera in their home, the external soundbar features a built-in 12MP AI camera, powered by Sony sensor and ISP (image signal processing) chips and an F1.8 aperture with a 1.4µm single-pixel sensor. This soundbar-integrated camera only pops up while in use and is powered by TrensAI to support not just video chat but motion gaming and facial recognition.

To bring the audio of what you're watching to life, the Skyworth Q91 supports Dolby Atmos 2.1.2 audio decoding. The included subwoofer operates on a 5.8G wireless signal, and while the soundbar itself isn't wireless, there's a good reason for that. All of the main video inputs and sources are run through the rear inputs on the soundbar, with only a single flat cable to connect to the Q91 itself.

The Skyworth 75" Q91 will support both HDR10 and Dolby Vision, assisted by the display's full-array local dimming across 576 LED dimming zones. Among the other features touted during the reveal of the Q91 was the image processing engine that features AI processing with the ability to process and convert an incoming signal up to an 8K resolution and 120 frames per second.

Skyworth announced that the 75" Q91 8K television will begin shipping in June at a retail price of $5,999 USD. This price puts Skyworth's flagship display into the same market of other 4320p displays, such as LG's SM9970 and Samsung's Q900 displays, both units that debuted last year shortly after CES 2019.