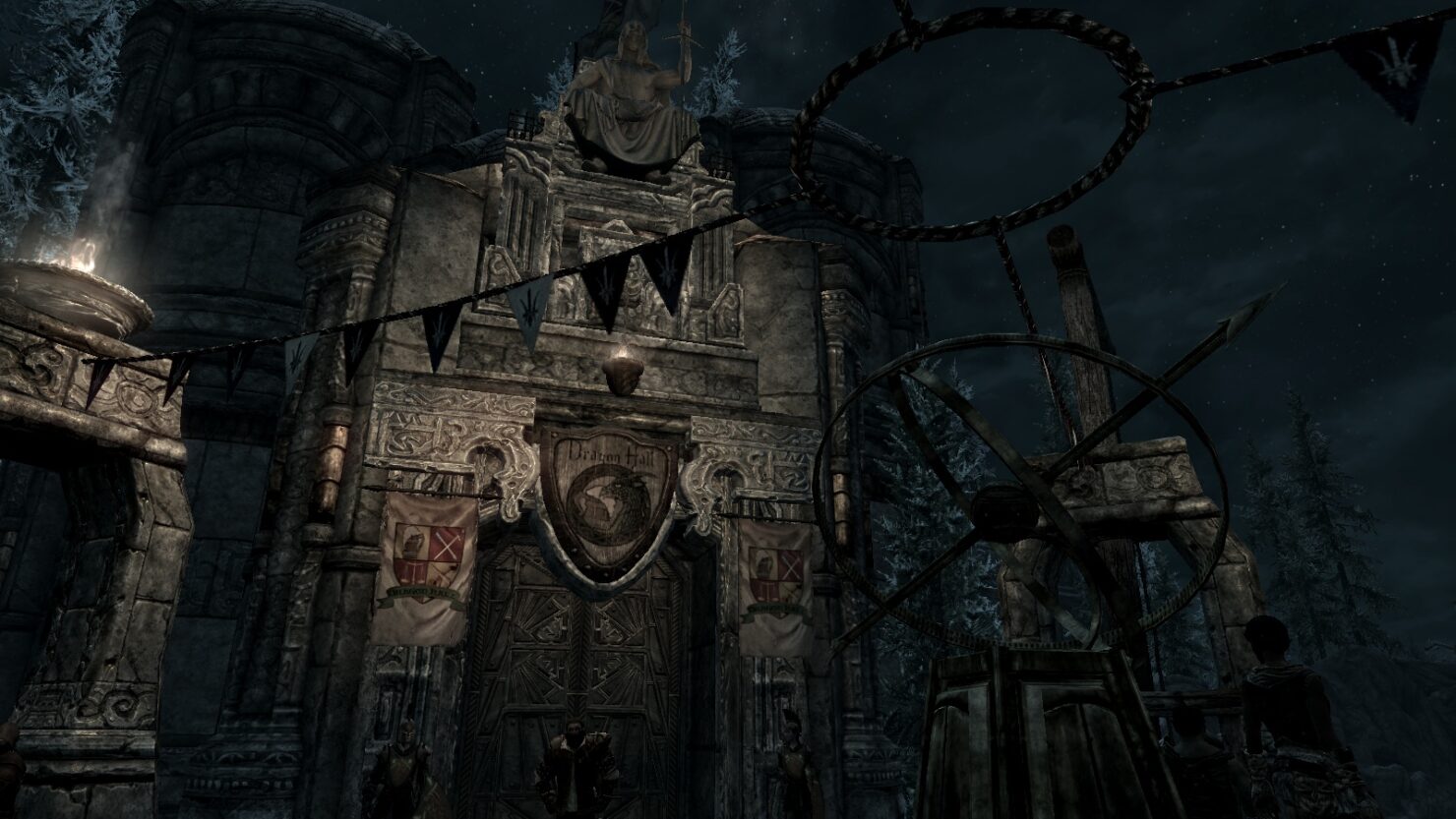 New content has been added to The Elder Scrolls V: Skyrim with a brand new mod that has been released this week.

The new mod, which is available for both the vanilla release and the Special Edition, is called Dragon Hall Tavern. The mod is a DLC sized quest mod designed for role-playing which adds new locations, quests, NPCs, weapons, armor, items, spells and more.

I made this mod years ago and was waiting on permissions and ended up forgetting about it.

I have since excluded those files and am finally glad to bring you the mod I worked so hard on for several years!

I'm really sorry for forgetting about it because it would've been great to release it back when Skyrim was still widely played.

So without further ado, I bring you "Dragon Hall Tavern" or Dragon Hall vs The Dark Labyrinth or Adventurers, Bastards and Brigands, as it used to be called.

This mod is made for RPGing and is designed and written for the ultimate RPG experience! Dragon Hall is a huge hall with everything from boards to games to the indoor arena!

Special attention paid to visual/sound aesthetics for immersion! Some items, weapon's and armor can only be obtained through questing or exploring!

Despite having been released years ago, Skyrim is still getting a good amount of mods that introduce new content and tweak the experience. Earlier this month, a new combat mod has been revealed, bringing features and mechanics inspired by From Software's Sekiro: Shadows Die Twice.

The land of Skyrim will be making a comeback this year in The Elder Scrolls Online, thanks to Greymoor. The expansion will be released on May 18th on PC and Mac, and on June 2nd on PlayStation 4 and Xbox One.