Activision-owned development studio Raven Software, teased a few hours ago the return of the Singularity series via the following tweet:

Singularity received quite strong reviews when it was released in 2010 for the PS3, Xbox 360 and PC, and provided a rather unique twist to the first-person shooter genre.

The tweet gives no additional details, as to what the studio is working on, although a few job postings on the firm's LinkedIn page do point that Raven Software’s next title, will be a collaborative project between Raven and another of Activision’s studios. 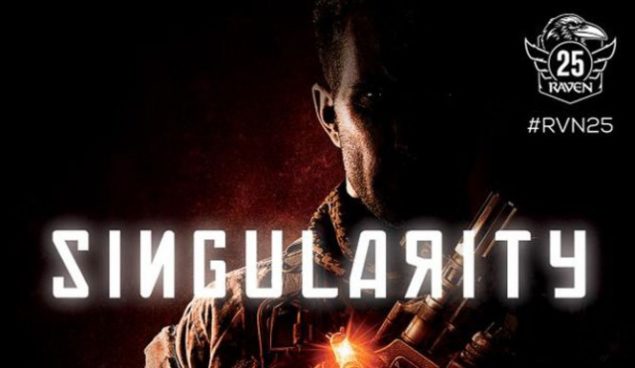 RAVEN SOFTWARE, developer of numerous award-winning games, including contributions to the blockbuster Call of Duty franchise (Black Ops, Modern Warfare, Ghosts, Call of Duty: Online, Advanced Warfare) is seeking a passionate Gameplay Engineer to join our team to work on our next project.

"From the Time Manipulation Device to the multiple factions in multiplayer, Singularity became a cult hit that continues to have a rabid and vocal fan base. This week is a celebration of all things Singularity."

Raven Software turns 25 this year! Over the next couple of months we’ll be celebrating some of Raven’s past and current titles. #RVN25

It could be that the Singularity tweet is indeed just a celebration of the cult classic, and they are reestablishing awareness in order to introduce their new project. They might end up surprising us though and reveal a followup. That would be quite something. There's always the possibility that they could be working on a Call of Duty title, of course, as the studio has collaborated in many Call of Duty projects in the past.

We will bring you any new information that comes from Raven Software regarding their new project as soon as it becomes available.